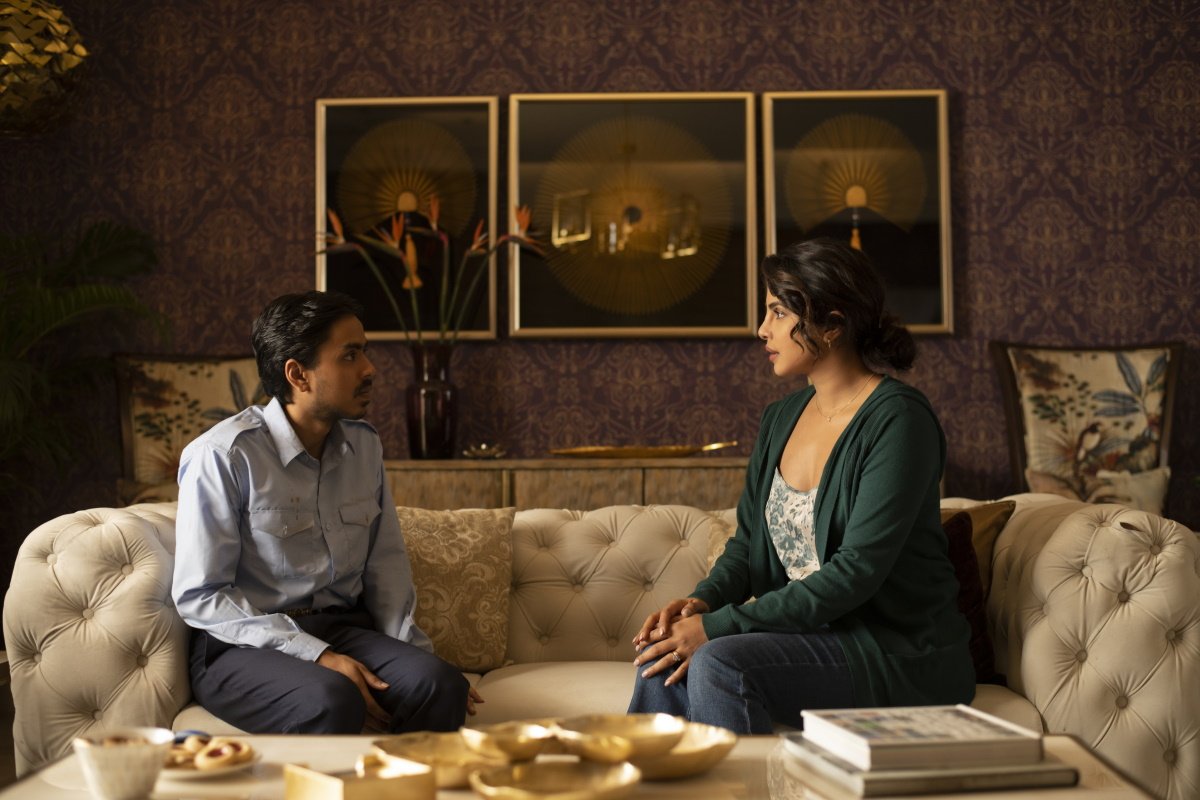 “The White Tiger” (US/India, 2021, R), produced by and starring Priyanka Chopra Jonas, is the flip side of “Slumdog Millionaire.” In this darkly comic social drama, an impoverished young man (Adarsh Gourav) from a village in India takes his cues from the arrogant ruling class in his pursuit of success. Ramin Bahrani directs the fast-paced adaptation of Aravind Adiga’s bestselling novel. (Netflix)

Anna Paquin plays the top spin doctor at a London public relations firm in “Flack: Season 1” (TV-14), a dramedy filled with bad behavior and the brilliant women who cover it up by destroying other lives… including their own. Lydia Wilson, Rebecca Benson, and Sophie Okonedo costar in the British production originally shown on Pop TV. (Amazon Video)

The British crime drama “C.B. Strike” (2017-2020, TV-MA), based on the novels written by J. K. Rowling under the pseudonym Robert Galbraith, stars Tom Burke as London private detective Cormoran Strike and Holliday Grainger as his assistant-turned-partner. Originally produced for BBC and shown on Cinemax in the U.S., the complete series (including the new four-part mystery “Lethal White”) is now on HBO Max and all HBO platforms.

A group of young women discover their magical legacies in a school for fairies in “Fate: The Winx Saga: Season 1” (not rated). This live action version of the Italian animated show (shown in Nickelodeon in the U.S.), which was developed by “The Vampire Diaries” producer Brian Young, takes a somewhat darker approach to the colorful animated series. (Netflix)

“Derek DelGaudio’s In & Of Itself” (2021, TV-MA) presents the celebrated magician’s one-man off-Broadway show, a mix of sleight of hand and confessional memoir. Frank Oz directs both the live show and the filmed recording. (Hulu)

Jason Segel is “Our Friend” (2021, R) who puts his life on hold to help his best friends (Dakota Johnson and Casey Affleck) when one of them is given six months to live. Based on a true story.

The dark comedy “The Climb” (2020, R) turns from bromance to portrait of a toxic relationship between lifelong buddies (Kyle Marvin and Michael Angelo Covino).

A retired woman in the mountains investigates the deaths of local hunters in the eco-thriller “Spoor” (Poland, 2017, not rated, with subtitles), directed by Agnieszka Holland.

“Radium Girls” (2018, not rated) dramatizes the true story of women in a 1920s watch factory who discover that they are being poisoned by radium paint.

Felicity Jones and Sigourney Weaver star in “A Monster Calls” (2016, PG-13), drama of loss and healing featuring the voice of Liam Neeson as a (possible?) imaginary playmate.

Jason Statham plays a DEA agent in retirement who takes on a Louisiana crime family in “Homefront” (2013, R), an action thriller scripted by Sylvester Stallone.

The docuseries “Spycraft: Season 1” (not rated) looks at the gadgetry behind some of history’s greatest stories of espionage.

International passport: Two women whose infants were switched at birth create a blended family in the dramedy “Daughter From Another Mother: Season 1” (Mexico, with subtitles). Also new is the comedy “So My Grandma’s a Lesbian!” (Spain, 2020, not rated, with subtitles).

The political drama “Tandav: Season 1” (India, not rated, with subtitles) plays out behind the closed doors of power in New Delhi, the capital city of the world’s largest democracy. The show has suffered a backlash in India for its portrayal of Hindu gods and goddesses.

The four-part series “The Sister” (2020), a British crime thriller with the mood of a horror film, stars Russell Tovey as a man determined to keep his secret buried.

Anne Hathaway and Chiwetel Ejiofor play a couple in London whose separation is halted by Covid shelter in place orders in “Locked Down” (2021, R), a mix of romantic comedy and heist adventure. Director Doug Liman put the entire production within the last few months.

The four-part nonfiction series “The Event” (TV-14) takes viewers behind the scenes of events catered by Wolfgang Puck.

The documentary “Willie” (2020, G) celebrates the life and legacy of Willie O’Ree, the first Black player in the National Hockey League, who broke the color barrier in 1958.

“Losing Alice: Season 1” (Israel, TV-MA, with subtitles) is a psychological thriller starring Ayelet Zurer as a filmmaker who gets involved with a film fatale screenwriter.