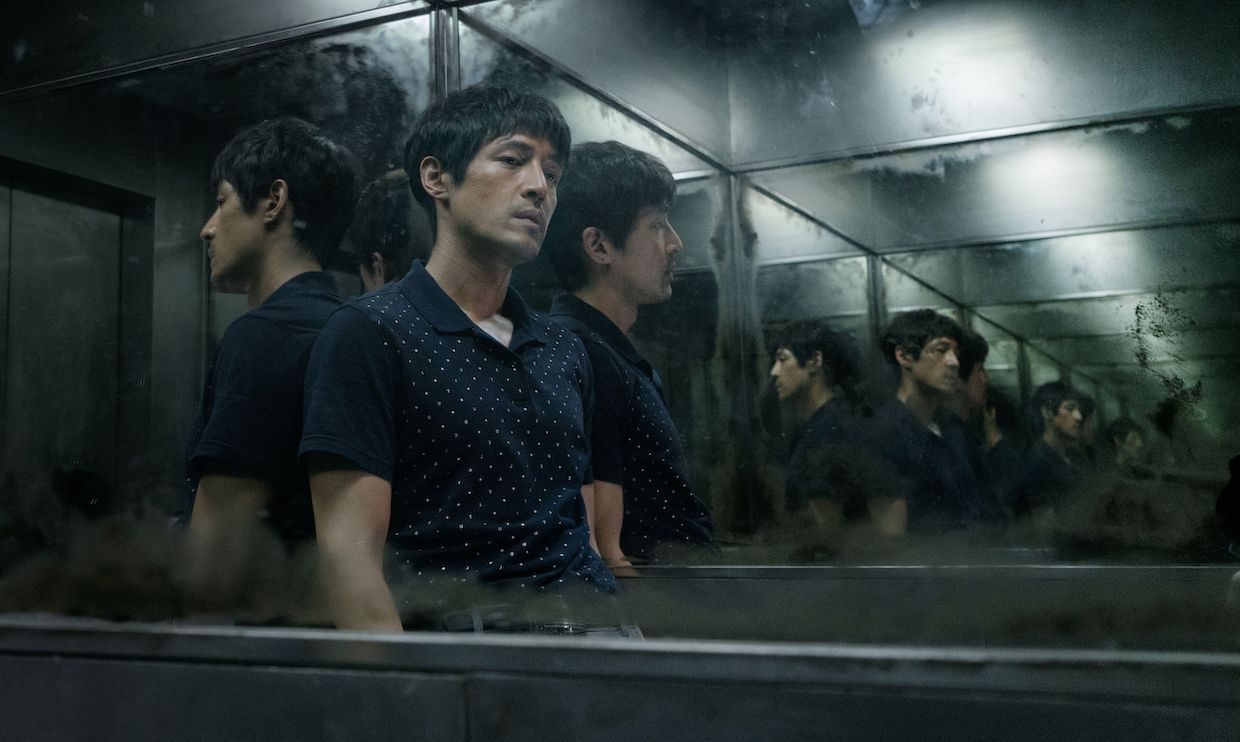 A slow burn crime thriller from China, The Wild Goose Lake (China, 2019) follows a small-time mob leader on the run after killing a cop.

Zhou Zenong (Hu Ge) runs a small gang within a kind of thieves’ guild where he collides with a rival gang that tries to take him out. In his getaway from an ambush he shoots a patrolman and the police put a bounty on his head. Helping his escape is Liu Aiai (Gwei Lun Mei), a mysterious woman who shows up in place of his estranged wife, who is under surveillance by the police. As the authorities cordon off the Wild Goose Lake district where Zhou is hiding out, he finds himself hunted by the cops and his fellow crooks alike.

The Wild Goose Lake is a modern Chinese film noir, which is not surprising given director Diao Yinan’s filmography, which includes the Uniform (2003), about an unemployed man who uses a police uniform to extort money, and the award-winning murder mystery Black Coal, Thin Ice (2014). It’s set largely at night in rough urban neighborhoods, derelict industrial strips, and empty rural roads, lit largely by headlights and neon, giving it a moody atmosphere and gorgeous canvas.

Diao paces the film slowly and deliberately (perhaps a little too slow at times) with extensive flashbacks, and even when the action is chaotic (such as a police raid on an outdoor market) the camera is cool and calm, observing from a distance with a still set-up or a slow-moving tracking shot. He also shows a wry sense of humor, mirroring an early scene of the crime boss assigning sectors to the teams of motorcycle thieves with a sequence in the police station where the Captain assigns his men to search neighborhoods from a nearly identical map.

Unlike most Asian crime thrillers, which feature high energy action and clever set pieces, this film favors mood and atmosphere over plot and momentum, creating a sense of desperation over a humid, overheated summer night. Yet even with the hard-boiled attitude and cynicism of the underworld community, Diao leaves audiences with a scene of compassion. This is a crime thriller for those who prefer a moody, ruminative approach.

It played at major festivals around the world, including Cannes and Toronto.

Unrated, in the Wuhan Chinese dialect with subtitles.

Add to My List on MUBI or watch free on Kanopy or on Hoopla, which are available through most public and college library systems.

The Blu-ray and DVD editions include a behind-the-scenes featurette, an interview with stars Hu Ge and Gwei Lun Mei, and the bonus short film The Goddess.