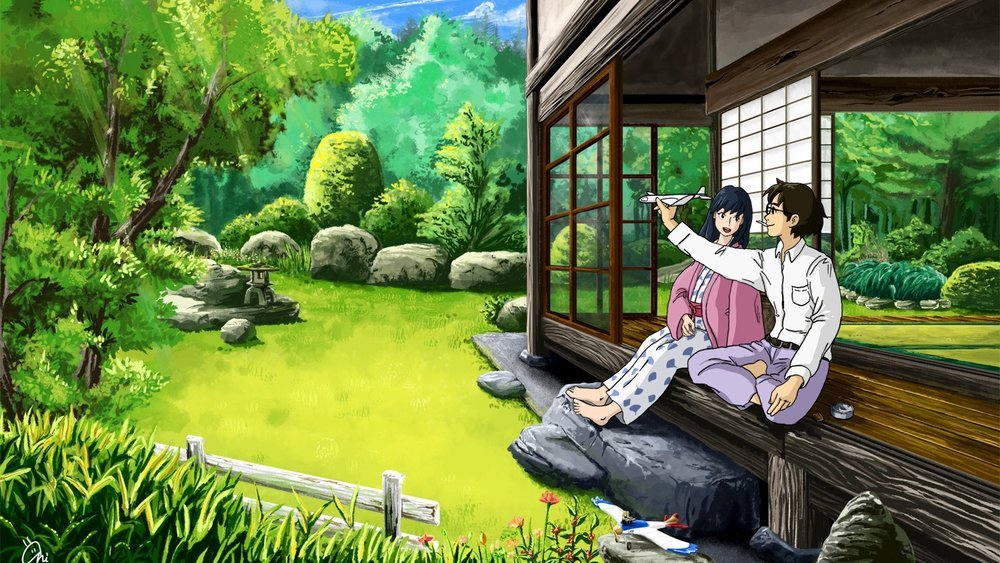 The Wind Rises (Japan, 2013) is a very different kind of feature from Hayao Miyazaki, the beloved filmmaker and animation legend famed for his lush, ambitious, inventive fantasies and mythical adventures. It was a passion project for the director and he chose it as his fitting swan song, a final feature before retiring from filmmaking (he has since reemerged from retirement with plans for more films).

The Wind Rises is a delicate biographical drama, a fictionalized retelling of the life of Jiro Horikoshi, presented by Miyazaki as an idealistic engineer devoted to making “beautiful airplanes” for a country he knows will use them as instruments of war. Jiro comes of age in 1920s Japan and through him we experience the 1923 earthquake, the great Tokyo fire, and the crippling depression, as well as the growing militarism that takes hold of the country and the culture; at one point, the pacifist Jiro comes close to becoming a victim of Japan’s version of the communist witch-hunt.

The film was both celebrated and criticized in Japan, where some accused the film of whitewashing the militarism that sent the country into occupying Manchuria and then into World War II. Perhaps they felt that Miyazaki wasn’t more strident in his condemnation of that culture but he does surely confront and criticize it, albeit with a tone of regret and resignation. Jiro, who works in the aviation division of Mitsubishi, is an artist who dreams of flight (his eyesight prevents him from becoming a pilot) and channels his love into creating the next generation of airplanes, but is trapped in a military culture that demands he design a fighter plane. Somehow he never loses his idealism and his humanism.

Is Jiro complicit in the war because he designed one of Japan’s most effective war machines? Is he so driven to become part of the evolution of aviation that he ignores the use to which his designs will be used? Does the beauty of his creation (and Miyazaki does indeed express the beauty of flight that Jiro feels in his imagery) justify the compromises he has made? And are they indeed compromises in a time of war, or are they duty, regardless of one’s personal feelings? These questions hang in the air, suggested but never actually stated or answered. Perhaps he leaves that to us to imagine as Jiro surveys the destruction in the aftermath of the war.

There’s a love story here too and it is beautiful and tragic. The beauty who will become his wife is already ill with tuberculosis as they court and their romance is almost disconnected from the world around Jiro, taking him (and us) out of the city to the bucolic, sunny countryside, removed from the politics driving Japan to the destruction of war. The entire film is beautiful in a way that is unique to old-school hand-drawn animation and Miyazaki applies his visual imagination to a realistic drama, giving it the romanticized imagery of Jiro’s hopeful perspective with the shadows of war and death around the edges. It has the feeling of remembrance, of memory elevating the experience to romantic ideal and shuttling the rest aside. And when we take flight the experience is exhilarating. Miyazaki is a master of both the delicate and the awesome and applies both to this lovely work.

It was released in the U.S. in both subtitled and dubbed editions. The English language version features the voices of Joseph Gordon-Levitt, Emily Blunt, John Krasinski, Martin Short, Stanley Tucci, Mandy Patinkin, and William H. Macy.

It was the top box-office hit in Japan in 2013 and earned an Oscar nomination as best animated feature.

Also on Blu-ray and DVD and on SVOD through Amazon Video, iTunes, GooglePlay, Fandango, Vudu and/or other services. Availability may vary by service.
The Wind Rises [Blu-ray + DVD]