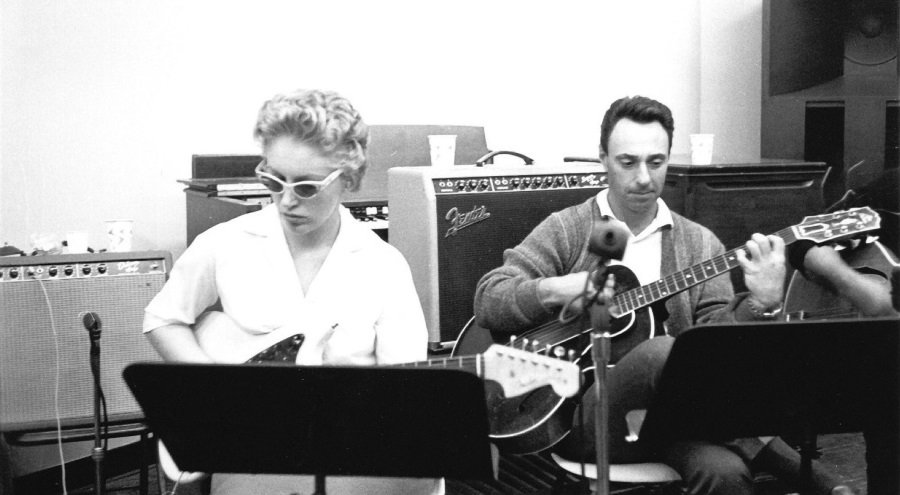 The Wrecking Crew! (2008/2015) was the secret weapon of the Los Angeles recording studio culture of the sixties and seventies.

Hal Blaine, Plas Johnson, Carol Kaye, Earl Palmer, Don Randi and Tommy Tedesco played on literally hundreds of pop songs and albums, working with everyone from Frank Sinatra to The Beach Boys, Herb Albert to The Byrds, Phil Spector’s girl groups to Elvis and The Righteous Brothers. If you’ve seen Love and Mercy, the drama about Brian Wilson, they’re the band recording the tracks for “Pet Sounds.” And they almost never received credit for their contributions, which meant that only the artists and engineers knew their legacy. At least until a few years ago.

Danny Tedesco (son of the late Tommy Tedesco) started recording interviews with these musicians and others (Glen Campbell and Leon Russell were members of the rotating line-up that broke through to solo success) more than a decade ago. These artists and others, including Cher, Nancy Sinatra, Mickey Dolenz, Herb Alpert, and Dick Clark, sketch out the culture of the recording industry in the sixties and seventies, a life that had these musicians working day and night, getting called into a session at all hours of the day and putting down tracks within minutes of learning the parts. They created the West Coast sound, and just as fast as they rose to the top of the profession, most of them slipped into obscurity when the era of the studio musician gave way to rock groups of the seventies that insisted on playing their own sessions.

Their collective journey is not necessarily strong enough to sustain a 100 minute documentary alone, but the session stories and remembrances and the vast soundtrack of their legacy keep the film buoyant. And all that aside, it’s satisfying to learn the stories behind the songs that defined a decade and the musicians who never got their due credit for providing the soundtrack of a generation.

The film premiered at SXSW in 2008 but its release was held up due to music rights. It now joins other recent music documentaries about the unsung artists behind the hit records: Standing in the Shadows of Motown (2002), Muscle Shoals (2013), and Twenty Feet from Stardom (2013).

Also on Blu-ray and DVD and on SVOD through Amazon Video, iTunes, GooglePlay, Vudu and/or other services. Availability may vary by service.
The Wrecking Crew [DVD]

The Blu-ray and DVD editions feature hours of deleted scenes.