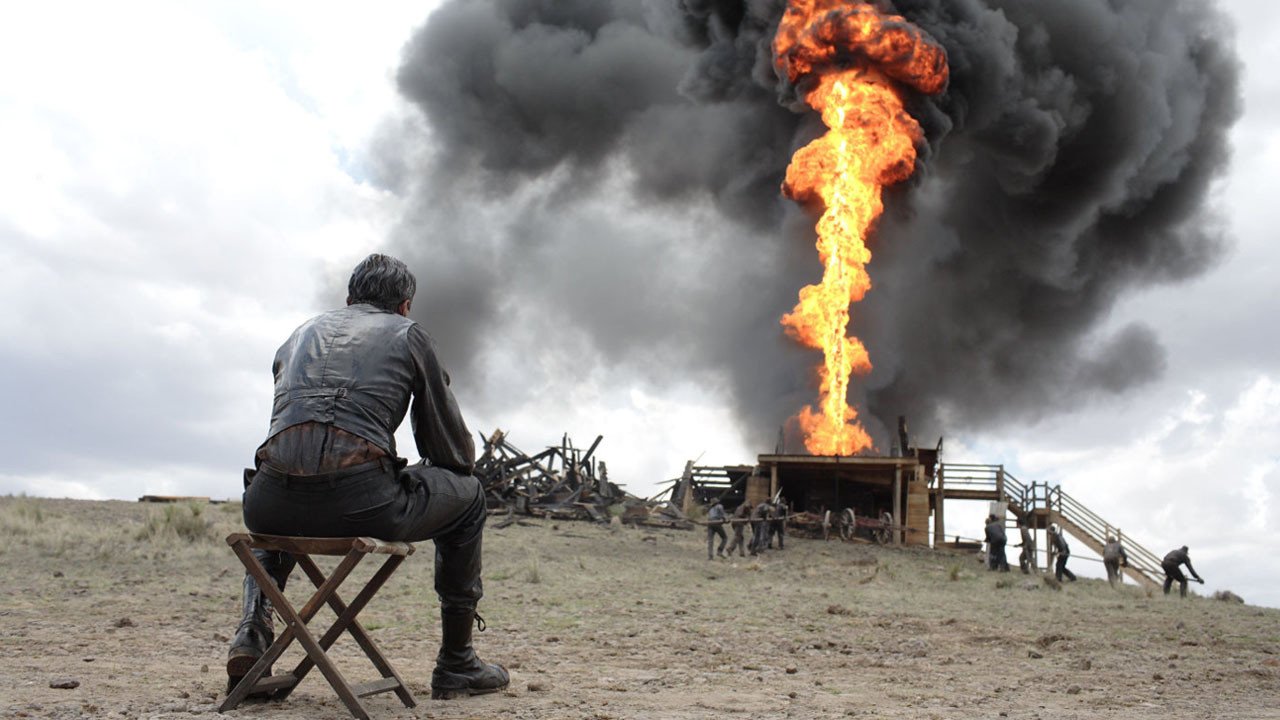 There Will be Blood (2007) – “I built my hate bit by bit.” Daniel Day-Lewis earned his second best actor Academy Award for his riveting performance in Paul Thomas Anderson’s sinewy film.

Loosely adapted from Sinclair Lewis’ novel “Oil!,” it reworks the American entrepreneurial success story as an elemental frontier myth, roughly hewn out of the landscape that is remade in its wake. The magnificent opening pits lone prospector Daniel Plainview against the very earth itself, wordlessly digging his way to the American dream until his mine strikes a gusher. When he finally speaks some 15 minutes into the film, he has reinvented himself as a self-made oil man, and he finds his nemesis in a self-aggrandizing young preacher (Paul Dano) who set out to humble Plainview as he builds his church on Plainview’s money.

Day-Lewis’ baritone rumble evokes John Huston, which is fitting as Plainview’s story suggests the early days of Chinatown‘s Noah Cross, and his muscular presence suggests a calm, controlled professional cover over a ferocious personality. Along the way he adopts and abandons a son (played by Dillon Freasier as a child) and discovers a brother (Kevin J. O’Connor) who is not as he seems. Robert Elswit’s searing cinematography earned the film’s second Academy Award. And be forewarned: the film earns its title by the closing credits.

Day-Lewis also won best actor nods from the BAFTAs and Screen Actors Guild as well as film critics organizations around the world, and the National Society of Film Critics gave it awards for best film, actor, director, and cinematography.

, iTunes, GooglePlay and/or other services. Availability may vary by service.
There Will Be Blood [Blu-ray]

There Will Be Blood [DVD]

The Blu-ray and DVD collector’s editions feature brief but evocative supplements. “15 Minutes: Pics, Research, Etc.” surveys the research materials (photos and drawings and archival film clips) used for production reference in a montage intercut with appropriate shots from the film and set to the music of Johnny Greenwood. Also features two deleted scenes (including “fishing” for lost equipment in a collapsed well), a sample of dailies, the original teaser and trailer, and the 1923 nonfiction silent film “The Story of Petroleum,” an archival presentation of an authentic filmed document accompanied by Johnny Greenwood’s music.