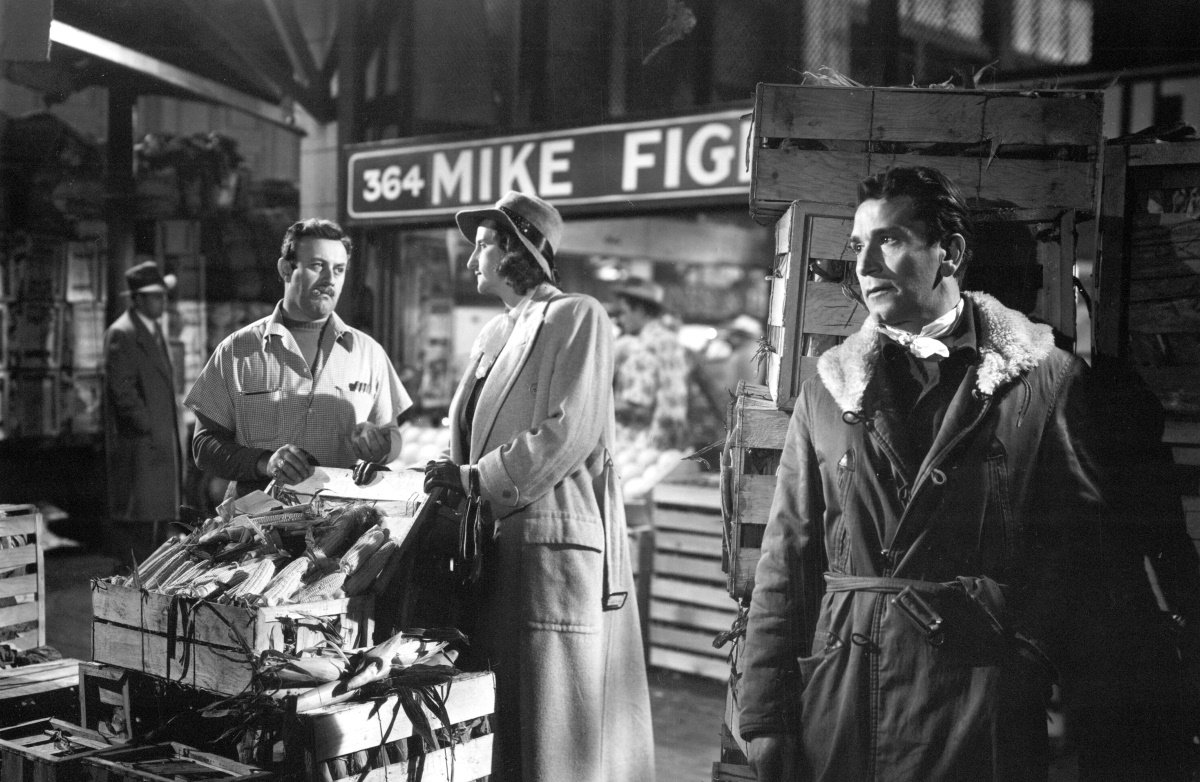 I like to think of Thieves’ Highway (1949), set in the cutthroat world of long haul trucking and independent drivers, as “trucker noir.”

Richard Conte is Nick Garcos, a World War II veteran who returns home to Fresno after years at sea to find that his immigrant father, a truck driver eking out a living in the California produce market, has been crippled by a crooked San Francisco produce dealer. Lee J. Cobb plays waterfront boss Mike Figlia, a racketeer who intimidates rivals, rips off the independent sellers, and sends thugs after those truckers who won’t bend to his control.

Determined to make the crook pay, Nick leaves his sunny Fresno suburban home for the nocturnal bustle of the San Francisco docks and produce marketplace with a ruthless partner (Millard Mitchell), two rickety army surplus trucks held together by spit and prayers, and a potential goldmine of early harvest apples. They drive the two-lane highways of California, where the winding rural roads are even treacherous in the daylight thanks to ruthless competition that Figlia all but ensures.

The two-lane highways, so full of promise and opportunity in the classic road movie, become deadly arenas of competition where rivals are sabotaged and exhaustion takes its toll in fatal ways. Conte makes for a firecracker of a two-fisted idealist and director Jules Dassin gives the film a working class grit and post-WWII disillusionment.

Valentina Cortese brings both a weary cynicism and a worldly sexuality to the role of the knocked-around immigrant working the market district, the tarnished urban beauty sent to fleece Conte. Jack Oakie, Joseph Pevney, Morris Carnovsky, and Hope Emerson co-star. A.I. Bezzerides adapts his own novel.

Also on DVD and on SVOD through Amazon Video, iTunes, GooglePlay, Vudu and/or other services. Availability may vary by service.
Thieves’ Highway (The Criterion Collection) [DVD]