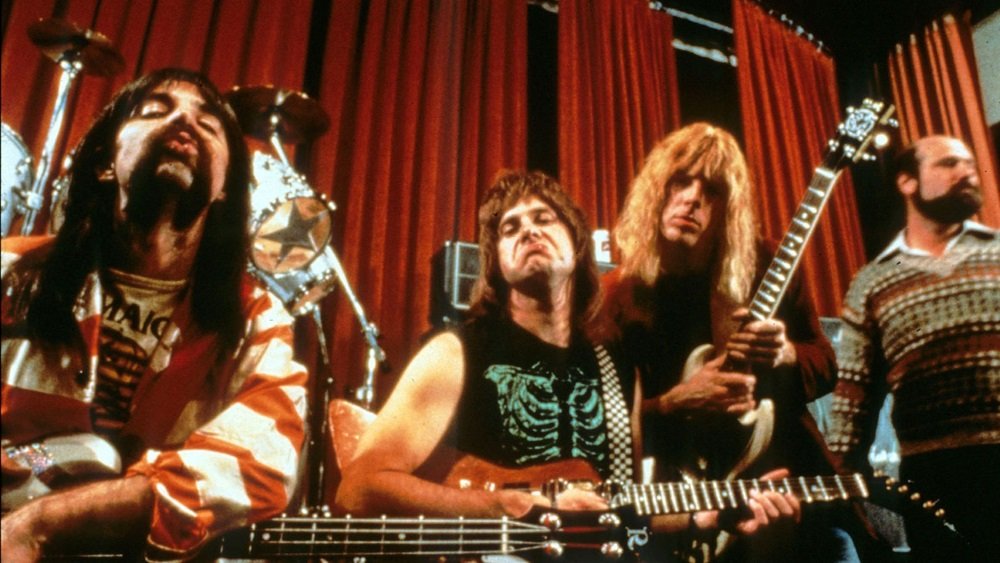 “It’s such a fine line between stupid and clever.” – Nigel Tufnel

Rob Reiner walks that fine line in his hilarious mockrockumentary This Is Spinal Tap (1984), ostensibly the portrait of a has-been metal band resurrected from a well-deserved obscurity for a disastrous comeback tour.

There had been countless documentary spoofs before This Is Spinal Tap but this inspired put-on was the first to actually capture the texture and style of real documentary. The actors were let loose to riff on situations and Reiner’s skeleton crew shot it all on the fly. The results were cut into the classic rock doc form, a mix of live concert footage, glimpses behind-the-scenes of the tour (which falls apart before our eyes), introspective interviews with the blissfully unaware subjects, and of course the historical survey. The band’s British invasion knock-off beginnings and flower-power psychedelic detour are captured in pitch-perfect recreations of mock-archival footage.

The parody was so dead-on that some audiences walked out believing it was all true, and why not? This Is Spinal Tap was the first mockumentary to parody an event that had yet to occur: David St. Hubbins and Nigel Tufnel attempt to harmonize on “Heartbreak Hotel” while standing at Elvis’ grave. Who knew that U2 would do it for real years later in their Graceland visit in Rattle and Hum?

They are without a doubt the funniest faux band in the movies, and the film a comedy classic. On a scale from 1 to 10, this is easily an 11.

On Blu-ray and DVD and on VOD from Amazon Video

and other VOD services.
This is Spinal Tap (Special Edition) [DVD]

This Is Spinal Tap [Blu-ray]