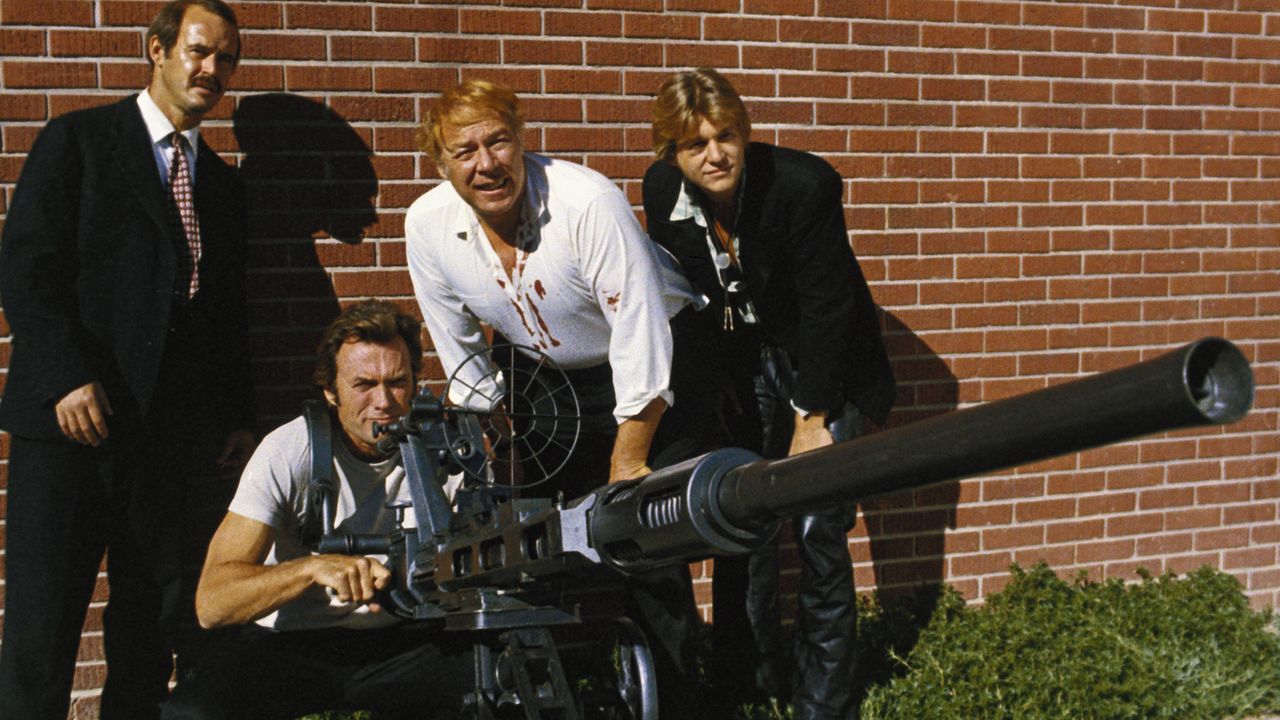 There’s something of a shaggy dog story quality to Thunderbolt and Lightfoot (1974), an offbeat road movie / caper film starring Clint Eastwood as Thunderbolt, an ex-thief on the run from his former partners, and Jeff Bridges as a hotshot kid who calls himself Lightfoot and decides to become this flinty veteran’s sidekick. They’re unlikely partners in an offbeat caper movie that takes a number of odd turns before finally setting its sights on robbing a government vault with military artillery in a team that includes Eastwood’s former partners (played by hot-tempered George Kennedy and easy-going Geoffrey Lewis).

It’s the directorial debut of Michael Cimino, who also wrote the script, and his directs the film as a mix of character piece and lighthearted crime story with dark shadows around the edges. It all plays out in small Midwest towns and winding country roads and Cimino takes his time through the twists to hang out with his odd couple heroes, letting it all roll out at a lazy stroll, interspersing action scenes and caper movie mechanics with bull sessions and comic interludes.

There are plenty of cars careening through back road and off-road chases, including a merry little chase through a drive-in theater, but this film doesn’t revel in the destruction of vehicles or the comic spectacle of property damage along the way. Lightfoot isn’t a crack driver so much as a reckless speed demon—more leadfoot than Lightfoot when it comes to fast cars and off-road stunts—and his manic driving is simply a way to look for thrills and adventure, and perhaps to show off to Thunderbolt. He never hides his intentions: he wants to be friends. Behind that happy-go-lucky personality is a lonely drifter looking for connection. Eastwood mostly hangs back to let Bridges verbally dance around his scenes like an over-excited kid trying to impress the cool crowd. The mix of playfulness and earnestness earned Bridges his second Academy Award nomination.

Cimino gives the film a pace more common to meandering road movies and buddy comedies than to crime capers, and the chemistry carries the film through the detour into oddball side roads and rest stops. When they all get civilian jobs to put together a stake for the heist, the film downshifts into workplace comedy, and when they gear back up for the third act caper, where everyone has to hit their marks with precision timing, Cimino matches their precision without losing the personality of the picture or its characters. But there’s also an undercurrent of brutality unleashed in the final act, albeit one that carries its own sense of savage poetic justice. It gives the finale, a bittersweet coda that wraps back around to the shaggy dog tale origins, an added punch.

, iTunes, GooglePlay, Fandango, Vudu and/or other services. Availability may vary by service.
Thunderbolt and Lightfoot [Blu-ray]

On Blu-ray from Twilight Time in a limited edition release and on DVD from Kino Lorber. The Twilight Time Blu-ray features commentary by the usual Twilight Time crew of film historians: Twilight Time founder and veteran film documentarian Nick Redman, house essayist Julie Kirgo, and screenwriter Lem Dobbs. They discuss the production, celebrate Bridges’ performance, talk about the themes that Cimino introduces into the film, and have a spirited debate over the issue of the homo-erotic subtext that many critics have suggested and many fans have denied (Julie Kirgo: “And that’s the beauty of this film, there are many ways to read it!”), and in between they pick out notable scenes and moments for discussion. Also features the Twilight Time trademark isolated score track (featuring the laconic music of Dee Barton) and a booklet with notes on the film by film historian Julie Kirgo.