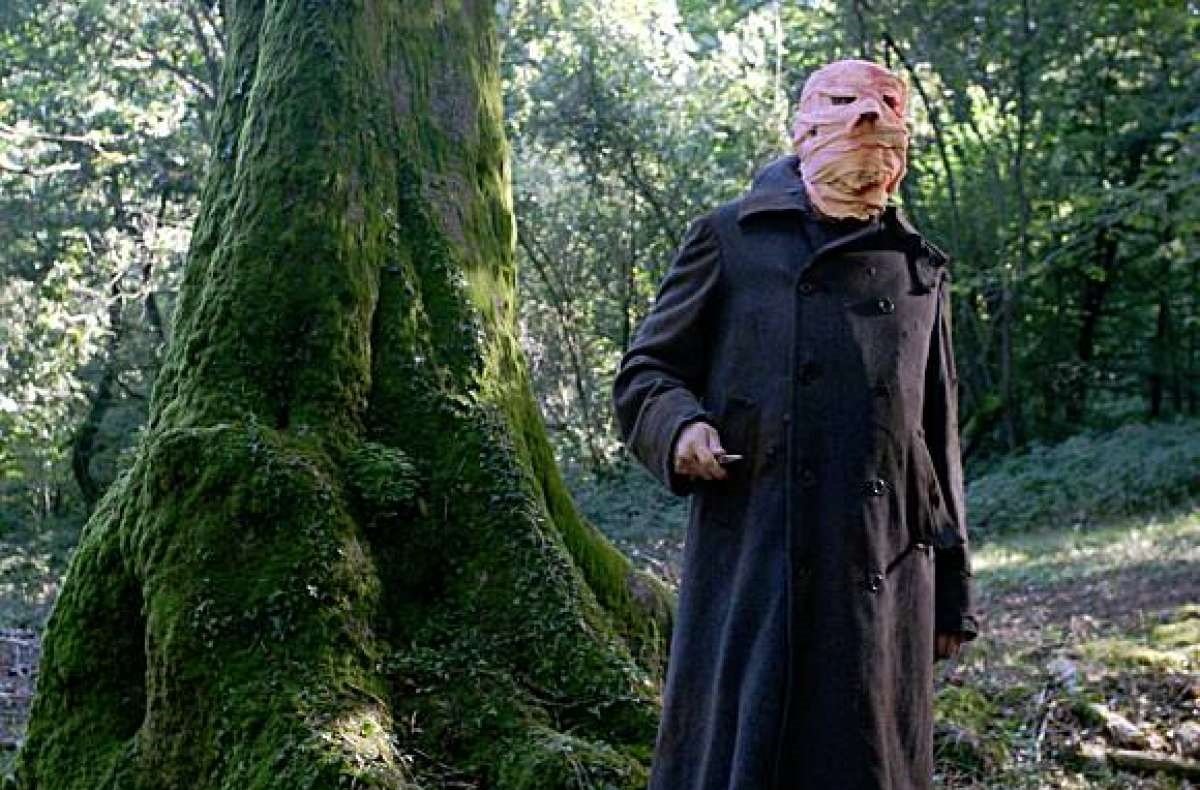 In Nacho Vigalondo’s Timecrimes (Spain, 2008), Hector (Karra Elejalde), a middle-class man in a new country home, strays from his wife to search the nearby woods for a naked girl and ends up chased by a scissors-wielding madman right into the amniotic pool of a time machine. He steps out earlier that day and proceeds to play an increasingly self-destructive game of hide-and-seek with his other self. And then multiple other selves.

Vigaldo creates a neat little puzzle of interlocking pieces in a pattern we watch unfold through Hector’s eyes, but you have to accept utterly irrational behavior from our time-looped protagonist to make it work. Some of that irrational behavior would make sense if he was genuinely schizophrenic, suffering from hallucinations or even damaged by the act of time travel, but the film’s austerity doesn’t give you much to work with, and the fact is, he’s not particularly logical even before he makes that first time leap. It just gets worse when he starts looping back on himself, leaving all sorts of unanswered questions hanging over the his perverse solution to time travel conundrums.

There’s a dark and demented little psychodrama of self-inflicted madness beneath the narrative contrivances and the voyeurism, the obsession, the undercurrents of lust and violence gives it a surreal quality. Vigalondo’s direction makes it work more like a waking nightmare than a genuine experience, and he gives it the quality of madness.

Is it real, or the skewed perspective of a schizophrenic mind creating its own internal reality? What’s with the ratty, horror-movie head bandage? And if you keep deliberately assaulting alternative versions of yourself, does that count as self-mutilation?

Nacho Vigalondo went on to make his English language debut with the wily and surprising sci-fi indie Colossal (2017).

Add to My List on HBO Max or watch free on Hoopla, which is free through most public and college library systems.

, iTunes, Vudu and/or other services. Availability may vary by service.
Timecrimes [DVD]