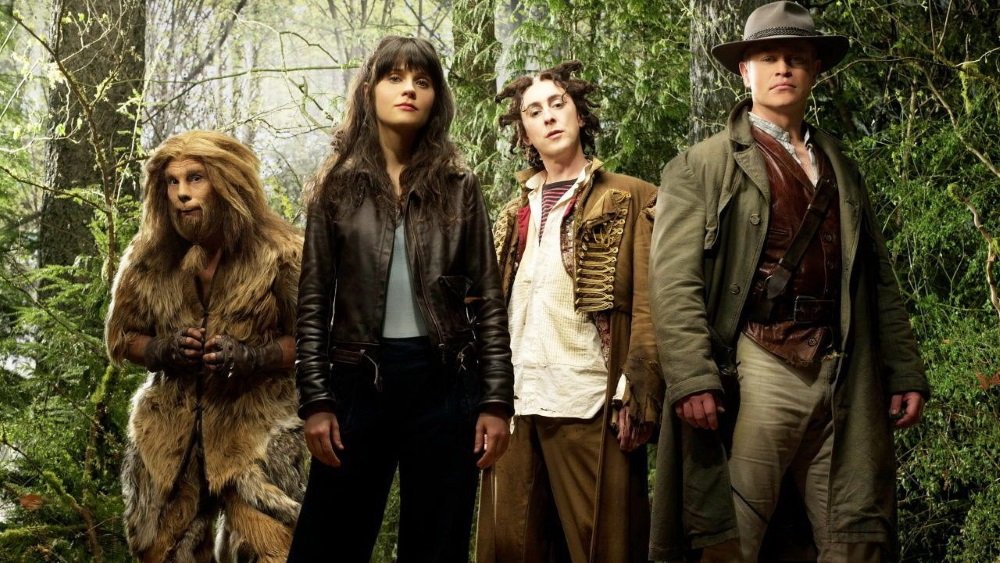 The mini-series Tin Man (2007), a radical reworking of The Wizard of Oz that is equal parts revisionist remake and dark sequel, became the most watched original program in the history of the SciFi Channel (before its rebranding as SyFy) when it premiered almost a decade ago. Our Kansas farm girl is a spunky waitress named D.G. (New Girl Zooey Deschanel), whisked into a bizarre fantasy world by a magical twister.

This ain’t Oz, it’s the O.Z., a dream plunged into tyranny by an oppressive sorceress named Azkadellia (Kathleen Robertson) with an army of jackbooted soldiers and nasty flying monkeys that burst directly out of Azkadellia’s décolletage. The Scarecrow (Alan Cumming) is a former genius with a zipper in his skull and a hole in his psyche, the Tin Man (Neal McDonough) a former lawman on a mission of vengeance who becomes D.G.’s personal protector, the Lion (Raoul Trujillo) a feline seer and healer who is all empathy and no backbone, and the Wizard (Richard Dreyfuss) a former mystic turned tawdry showman and pathetic drug addict. At the time it was a funky approach to a classic fantasy but now this kind of fairy tale revisionism is on prime time network TV.

Familiarity with the classic 1939 movie version isn’t mandatory, but it makes all of the narrative tweaks, visual reworkings and verbal references a lot more entertaining. The three-part miniseries runs 265 minutes

Queue it up on Netflix or watch it on Hulu

and other services. Availability may vary by service.
Tin Man [DVD}