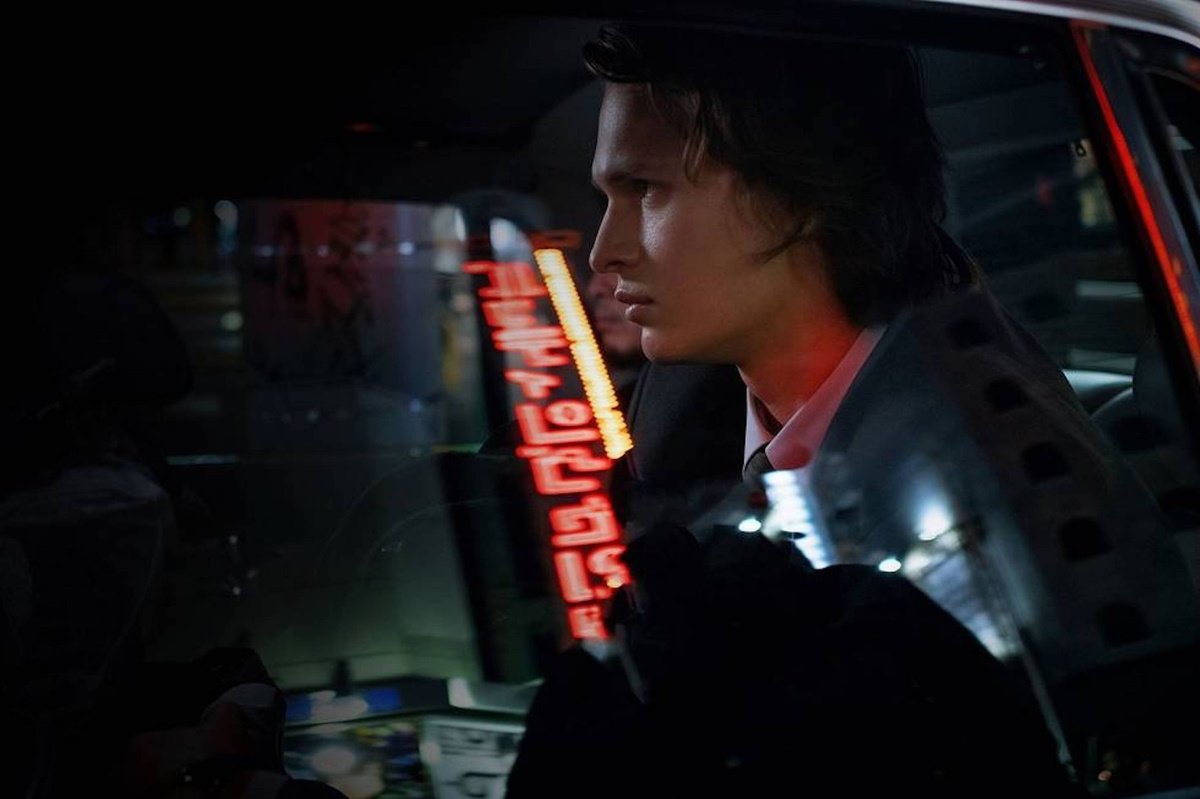 “Tokyo Vice: Season 1” (TV-MA) takes viewers into the Japanese underworld through the experiences of the sole American reporter (Ansel Elgort) on the crime beat of a Tokyo newspaper in 1999. Ken Watanabe (“Batman Begins” and “Inception”) costars as the police detective who introduces the American to the wary power dynamics between the cops and the yakuza. The show, loosely based on the memoir by journalist Jake Adelstein and shot on location, is produced by Michael Mann, who directs the first episode and sets the style. Three episodes available, new episodes on Thursdays. (HBO Max)

Chris Pine and Thandiwe Newton star as CIA agents and former lovers who reunite after a failed rescue attempt in “All the Old Knives” (2022, R). When they discover there’s a mole in the agency, they start to suspect one another. Laurence Fishburne and Jonathan Pryce costar in the spy thriller of global espionage and personal betrayal. Streams the same day it opens in theaters. (Prime Video)

The British mystery series “Harry Wild: Season 1” (not rated) stars Jane Seymour as a retired literature professor in Ireland who transforms herself into a private detective, much to the frustration of her son (Kevin Ryan), a Dublin police detective. New episodes on Mondays. (Acorn TV)

The documentary “Tony Hawk: Until the Wheels Fall Off” (TV-MA) profiles the legendary pro skateboarding champion and entrepreneur who helped redefine the sport. Now in his fifties, he navigates life as a father and an aging athlete in a physically challenging sport. (HBO Max)

Paul Thomas Anderson draws from his own experiences (and those of others) growing up in San Fernando in the Oscar-nominated “Licorice Pizza” (2021, R), an offbeat tale of first love and the entrepreneurial spirit starring Alana Haim and Cooper Hoffman. (VOD)

Inspired by a true story, “Minamata“ (2022, R) stars Johnny Depp as photojournalist Eugene Smith as he investigates mercury poisoning in Japan in 1971.

Debuting direct to VOD is “As They Made Us“ (2022, R), the directorial debut of Mayim Bialik, starring Dianna Agron and Simon Helberg with Candice Bergen and Dustin Hoffman.

A pair of metal-loving high school misfits (Jaeden Martell and Adrian Greensmith) search for a bass player for a Battle of the Bands contest in “Metal Lords“ (2022, R), a teen rock comedy from director Peter Sollet.

True stories: “Return to Space“ (2022, TV-MA) follows the efforts of the SpaceX team to send NASA astronauts to the International Space Station.

A bullied young boy befriends an eternally adolescent vampire in “Let the Right One In“ (Sweden, 2008, R, with subtitles).

“The Invisible Pilot“ (TV-MA) unravels the labyrinthine story behind a husband and father who unexpectedly jumps off of a bridge in 1977. New episodes of the three part documentary roll out on Mondays.

Henry Cavill dons the cape to play Superman in “Man of Steel“ (2013, PG-13), the superhero reboot by Zach Snyder.

“Star Trek: The Motion Picture: The Director’s Edition“ (1979, PG) presents the expanded version of the first big screen “Star Trek” feature, which director Robert Wise created for DVD in 2001, newly remastered in HD for the first time. It debuts on April 5: First Contact Day in the Trek universe.

The second season of the “iCarly“ (TV-PG) revival with Miranda Cosgrove begins with new episodes on Fridays.

The animated kids show “Pinecone & Pony: Season 1“ (TV-Y) is based on the book “The Princess and the Pony” by New York Times best-selling author Beaton.

Also newly arrived is Kinji Fukasaku’s cult thriller “Battle Royale“ (Japan, 2000, not rated, with subtitles), a gory mix of “Lord of the Flies,” teenage nihilism, and savage, splattery social satire, and Jean-Pierre Melville’s “Army of Shadows“ (France, 1969, with subtitles), a French Resistance drama that plays out like one of the director’s great austere gangster thrillers.

“Young Mr. Ford” presents 14 films that John Ford directed for Twentieth Century Fox, from his silent western epic “3 Bad Men“ (1926, silent with score) to “Young Mr. Lincoln“ (1939) starring Henry Fonda (presented with commentary and archival interviews) and the Oscar-winning classic “How Green Was My Valley“ (1941). Among the rarities in the collection are the expressionist World War I drama “Four Sons“ (1928, silent with score), the intimate “Pilgrimage“ (1933), and the director’s three films with Will Rogers, including “Steamboat Round the Bend“ (1935).

“The Chambermaid“ (Mexico, 2018, TV-MA, with subtitles) uses the monotonous workday of a kind-hearted maid in a posh Mexico City hotel as a microscope to observe human behavior.

Also newly arrived is a double feature of anti-Nazi thrillers from director Fritz Lang, “Man Hunt“ (1941) with Walter Pidgeon and Joan Bennett and “Ministry of Fear“ (1944) with Ray Milland.