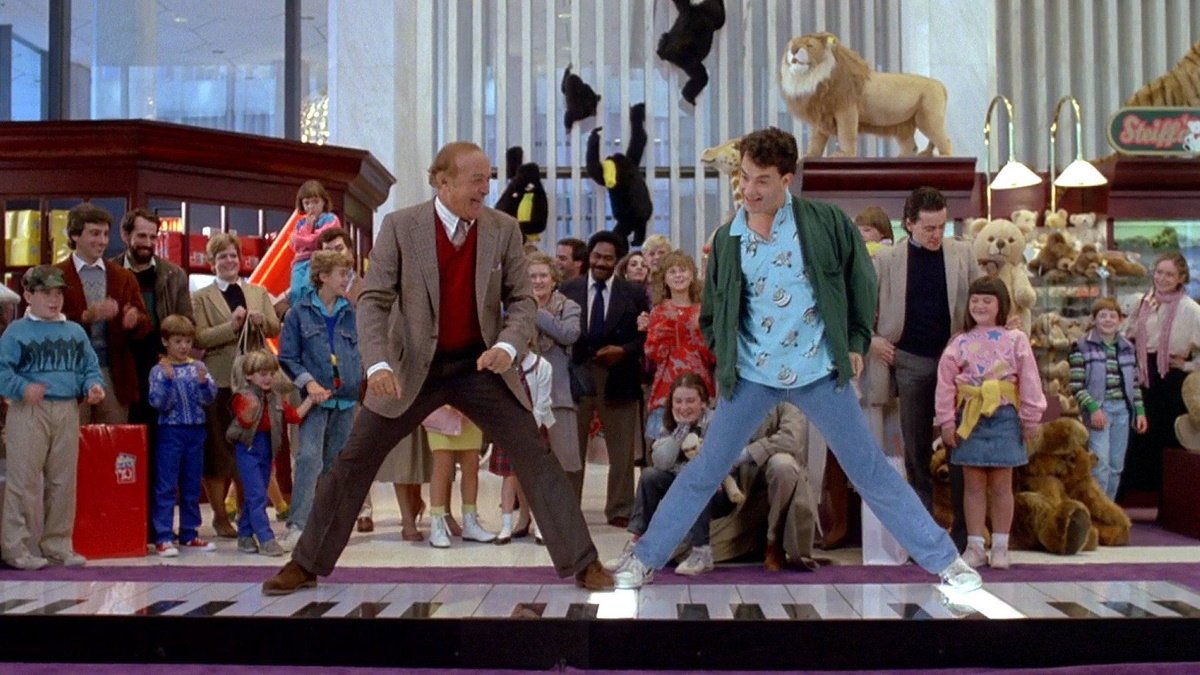 Big (1988) arrived in theaters amidst a spate of films about adults and children swapping bodies. There’s no swap involved in this story—an adolescent boy named Josh makes a wish that he was big on a midway fortune-telling machine and wakes up in the body of Tom Hanks—but this warm-hearted comedy was by far the best film of bunch.

Landing a job at a toy company, he’s promoted to the executive circle by virtue of his enthusiasm and has his first romance with a chilly and ambitious executive (Elizabeth Perkins) who is warmed up by his guileless charm. He’s the innocent in a cynical world and director Penny Marshall keeps the film centered on him as he fumbles through a whole new social environment.

Fresh-faced Hanks was a rising comic star at the time and he is absolutely winning as the 13-year-old in the body of an adult, delivering the body language and the excitable, innocent energy of a kid in every scene, and while his reactions to grown-up situations results in much of the comedy, it is never at his expense.

The film’s treatment of sexuality in his increasingly serious relationship with Perkins’ character is suggested rather than shown and within PG limits, but like other plot threads in the script by Anne Spielberg (Steven’s sister) and future director Gary Ross (The Hunger Games), the issue is largely forgotten in the inevitable happy ending. Otherwise, it’s fine for both kids and adults.

Robert Loggia costars as the owner of the toy company, John Heard is a competitive rival, and Jared Rushton plays Josh’s best friend.

It earned Oscar nominations for Hanks and for the original screenplay and Hanks won the Golden Globe for his performance.

On Blu-ray and DVD, including an Anniversary Edition featuring both Blu-ray and DVD copies of the film, with both the original theatrical and extended cut that runs about 20 minutes longer, an “audio documentary” commentary track, featurettes and deleted scenes.