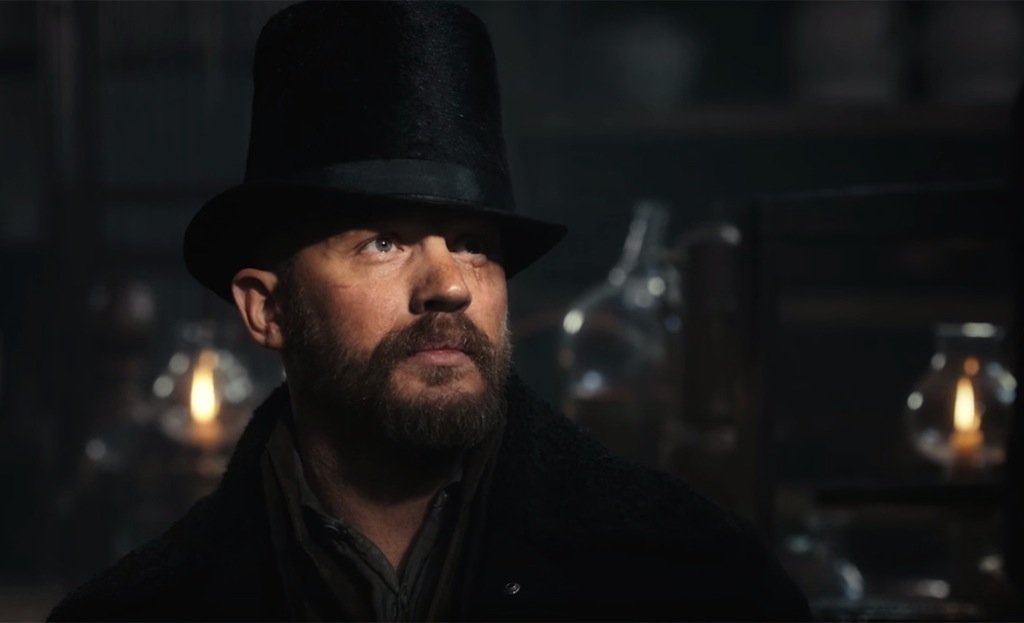 Delaney strides into London after his sojourn in the New World, with tattoos from his travels visible under his beaten top hat and heavy topcoat, and claims the inheritance of the recently-deceased father. He’s the wild man in polite society, brooding and dour and dark, and he relishes the affront he represents to the power wielded by the rich and aristocratic. It’s a slow-moving story that straddles the upper-echelons of corporate and royal power (Britain’s fortunes are helplessly entwined with that of the East India Tea Company) and the grime and mud of street, where Delaney recruits his team in his war against the rich.

For more on the series, read Matt Zoller Seitz at Vulture or Sophie Gilbert at The Atlantic.

The mix of political conspiracy, corporate thriller, and gangster drama played on FX in the U.S. and a second season is slated for 2018.

8 episodes. Watch it on Hulu

Aubrey Plaza is a stalker and Elizabeth Olsen her celebrity obsession in the social media satire Ingrid Goes West (2017, R), a dark comedy about confusing “likes” for friendship.

The Glass Castle (2017, PG-13), based on the best-selling memoir by Jeannette Walls, stars Brie Larson as a writer coming to terms with her rough childhood and dysfunctional parents (Woody Harrelson and Naomi Watts).

The Homesman (2014, R), a frontier western directed by and starring Tommy Lee Jones, is a moving drama about the toll of isolation on the pioneering settlers. Hillary Swank co-stars. Reviewed on Stream On Demand here.

Richard Gere, Laura Linney, Rebecca Hall, and Steve Coogan meet up for The Dinner (2017, R) to discuss some pretty dark issues in Oren Moverman’s adaptation of the Dutch drama.

Foreign affairs: The Killer (Brazil, 2017, not rated, with subtitles), originally titled O Matador, is a South American western set in the 1940s.

True stories: Jerry Seinfeld: Comedian (2002, R) follows the legendary comedian as he prepares to return to stand-up after the end of his hit TV series.

Streaming TV: the second seasons of Greenleaf, from the Oprah Winfrey Network, and the Netflix original series Lady Dynamite with Maria Bamford are now available. Also new: culinary shows I’ll Have What Phil’s Having: Season 1, The Great British Baking Show: Season 4, and The Mind of a Chef: Season 5.

The Oscar-nominated western The Assassination of Jesse James by the Coward Robert Ford (2007, R) stars Brad Pitt as Jesse.

Streaming TV: If You Give a Mouse a Cookie is a new animated series for kids based on the books by Laura Numeroff and Felicia Bond. Also new: British WWII home front drama Home Fires: Season 2.

During a hiatus in the production of The Avengers, Joss Whedon made a film of Shakespeare’s Much Ado About Nothing (2012, PG-13) in his suburban home with Amy Acker, Alexis Denisof, and Nathan Fillion.

True stories: Zero Days (2016, R) looks at how the Stuxnet computer virus spread around the world.

Get Out (2017, R), the directorial debut of Jordan Peele, is a smart and witty mix of social satire, modern horror, and savvy commentary on race in modern America. Reviewed on Stream On Demand here.

Two-part documentary Rolling Stone: Stories from the Edge looks at the 50 years of American culture and politics as shown on the pages of the iconic music magazine.

On Saturday morning, The Magical Wand Chase: A Sesame Street Special launches a new season of the educational children’s show.

FilmStruck presents a collection of Stephen Frears films, including neo-noir crime thrillers The Hit (1984, R) with John Hurt and Terence and The Grifters (1990, R) with John Cusack and Anjelica Huston, and celebrates the creativity of Muppets creator Jim Henson with a collection of rare short films and documentaries, including his Oscar-nominated live-action short film Time Piece (1965, not rated).