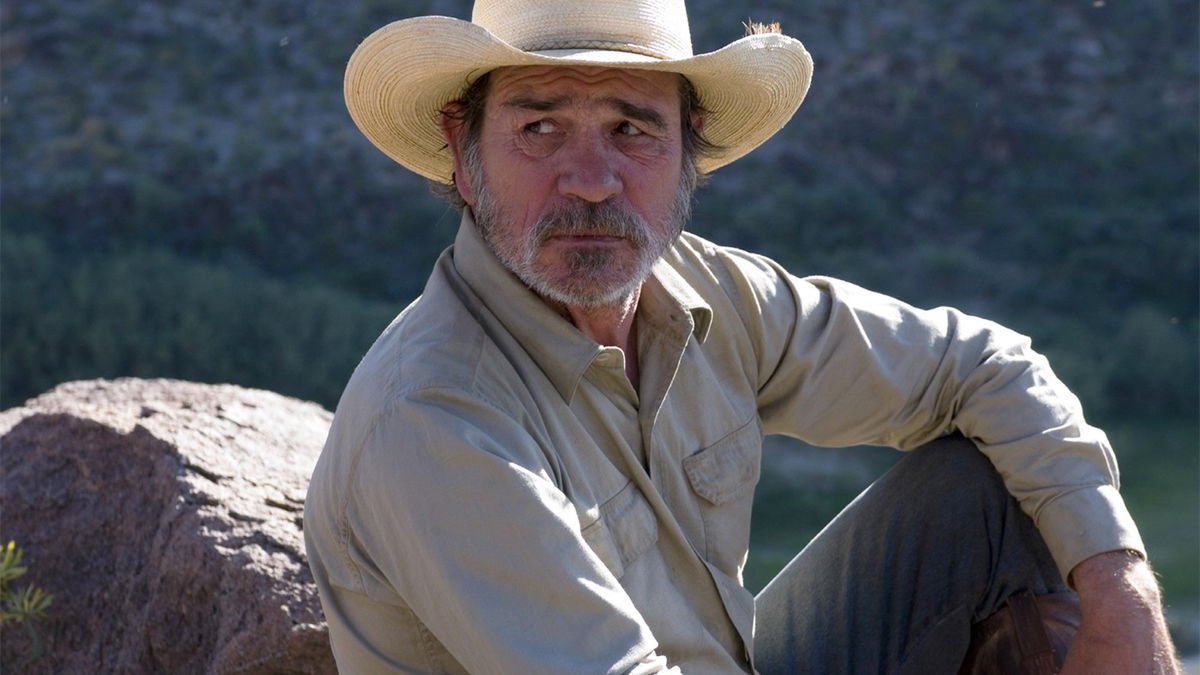 After decades as one of America’s most reliable and effortlessly interesting actors, Tommy Lee Jones stepped behind the camera to direct himself in The Three Burials of Melquiades Estrada (2006), a contemporary western both rough and poetic, laconic and passionate.

Melquiades Estrada is a Mexican cowboy (Julio Cesar Cedillo) befriended by Texas ranch hand Pete Perkins (Jones) practically upon their first meeting, buddies born of an instant connection. When Pete finds his murdered corpse, he undertakes an odyssey south of the border that becomes a kind of last rites for his friend.

Jones directs from an original script by Guillermo Arriaga (Amores Perros) that is dense with crisscrossing of characters, stories and timelines. The film jumps to flashbacks without warning, expecting the audience to catch up with them.

The unhurried and focused direction pares away the dense storylines of the script as Pete tracks down and angry Border Patrol agent (Barry Pepper) and hauls him across the border along with the decaying corpse of Melquiades. The scrub desert gives way to cliffs and hills like bones sticking out of the Earth, an unforgiving, and spectacular landscape where the worn and life-scuffed Pete is at home, as Jones pares the branching side stories away until these three are all that’s left in the world.

There’s a dark humor to his mission as the captive officer gets more punishment than a piñata, but a compassion emerges along the way. By journey’s end, Jones comes to something primal and pure, a beautiful, low key drama and one of the least self-congratulatory films about racism, redemption, mortality and self-discovery you’ll see.