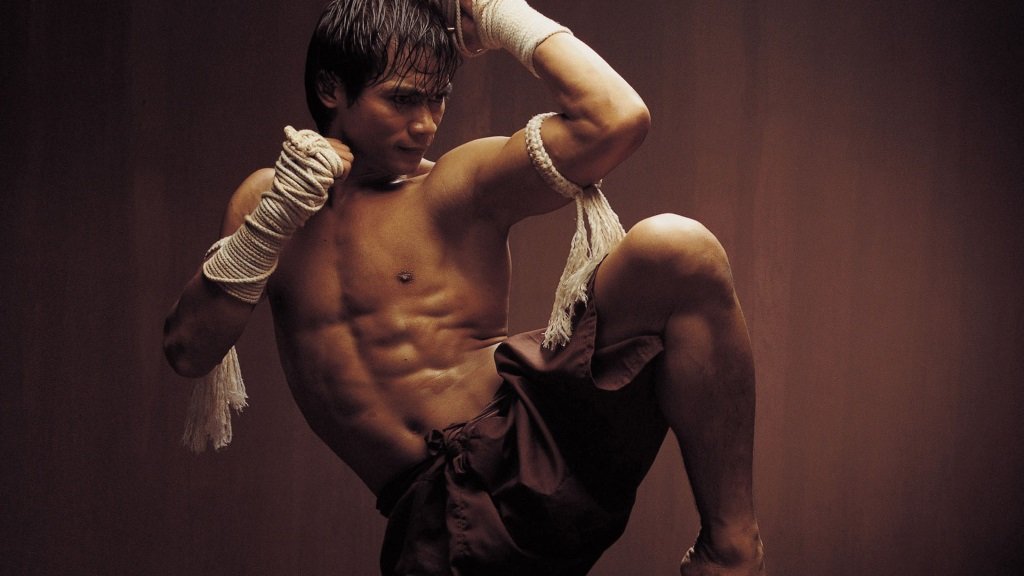 Tony Jaa, the stocky Thai stuntman turned action hero in Ong-Bak: The Thai Warrior (Thailand, 2003), harkens back to an earlier kind of screen martial artist. Jaa has an impressive physique, a steel snap to his delivery, and a gymnastic prowess to his style, and director Prachya Pinkaew puts it all on display in an endearingly naïve martial arts adventure.

The story of an idealistic, wide-eyed country boy who takes his skills in the martial arts of Muay Thai to Bangkok to recover a temple treasure stolen by big city gangsters is essentially an updating of the old Hong Kong kung-fu revenge odysseys of the seventies. Jaa is the protégé of a rural village monk turned proverbial country hick in the big city. He’s ripped off by a small time con artist and chases his stolen dough right into the midst of an illegal fighting pit. Despite a vow to his mentor never to use his talents in brawling, he puts a quick end to his first inadvertent match and then he dispatches the local talent pool of preening bullies and dirty fighters (the latter using a refrigerator as a blunt instrument) with his Thai boxing skills and his trademark kill shot: an elbow to the skull.

The simplistic (one might say simpleminded) story is merely an excuse to get him into action and it is jaw-dropping. Jaa is not merely the star, he’s a live-action special effect, combining the gymnastic energy of Jackie Chan’s glory days with the bone-snapping, body-crunching intensity of Bruce Lee at his best, and the film harkens back to an earlier style of martial arts movie, before the blender style of editing took over.

The irresistible combination of cinematic naiveté and brutal martial arts moves executed with astonishing prowess makes this adrenalin boosted action showcase one of the most impressive action movies of its era and launched Jaa’s career. It’s still his best film and his greatest showcase.

Tony Jaa returned in two prequels, Ong Bak 2 and Ong Bak 3, both set hundreds of years in the past.

Leaves Hulu at the end of Janaury. Add to My Stuff on Hulu or stream free on Kanopy or on Hoopla, available through most public and college library systems.

, iTunes, GooglePlay and/or other services. Availability may vary by service.
Ong-Bak: The Thai Warrior [Blu-ray]

The Blu-ray and DVD releases from Fox include the documentary featurette “The 8 Movements of Muay Thai,” behind-the-scenes stunt footage, a live Tony Jaa performance, and a music video featuring Tony Jaa.