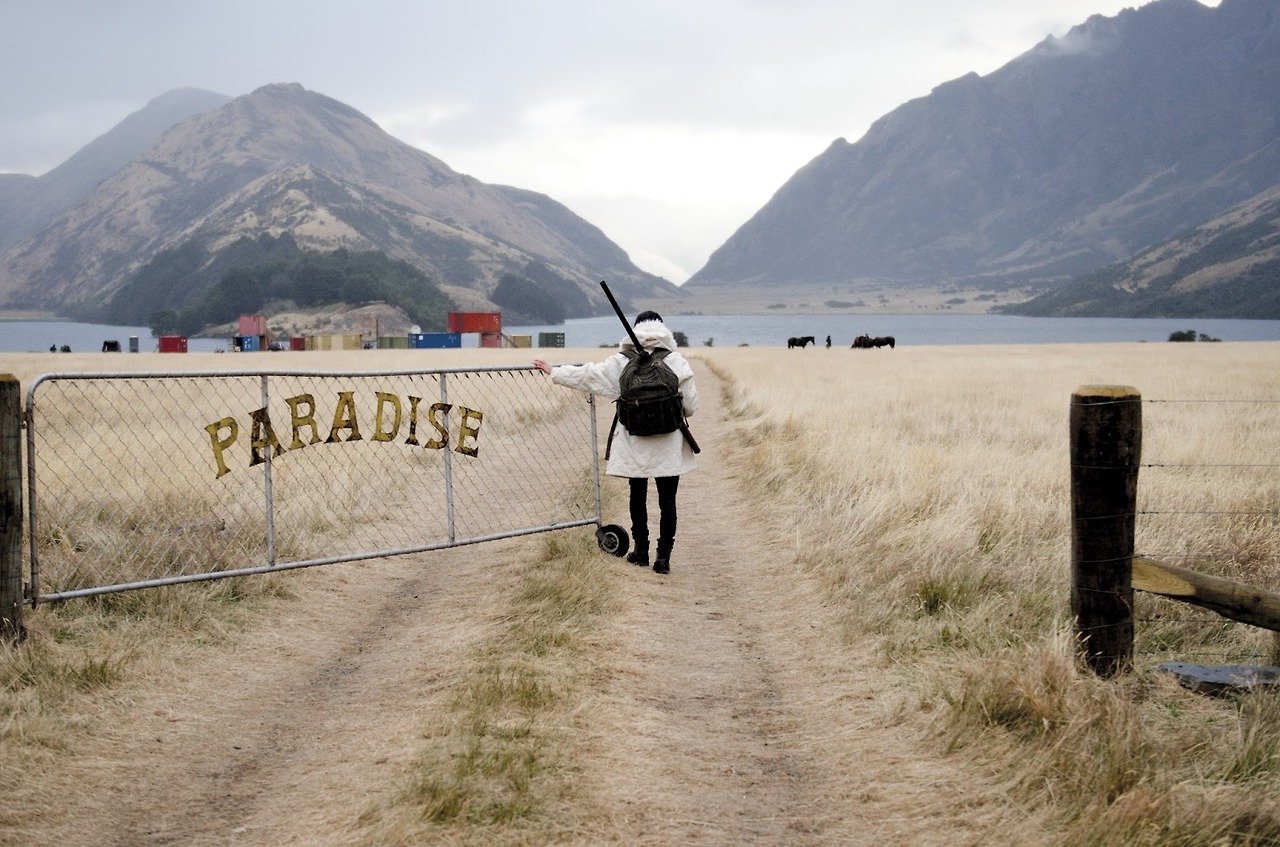 Top of the Lake (2013) is another exhibit in the case that TV has become more accommodating to the creative visions of filmmakers that don’t speak to the tentpole generation.

It’s created and written by Oscar nominated filmmaker Jane Campion with Gerard Lee (co-writer of Campion’s Sweetie) and Campion directs or co-directs more than half of the seven episodes of the series. It’s set in rural New Zealand and a coproduction between BBC, Screen Australia, Screen NWW, ARTE and The Sundance Channel.

The international mix extends to the cast as well: American actress Elisabeth Moss is a Sydney police detective on vacation in her rural hometown when she called back for a case, Aussie David Wenham plays the local detective, Scottish actor Peter Mullan is the bullying patriarch living outside the town, and Holly Hunter (who Campion guided to an Oscar in The Piano) transforms herself into an eccentric guru / therapist to a commune of damaged women living out of shipping containers in a meadow at the top of the lake.

This is an original novel for television, a dark drama built around the mystery of a pregnant 12-year-old girl who goes missing and a young outsider detective specializing in adolescent victims (Moss with a variable accent) who is technically on vacation but actually there to look after her mother, who is dying of cancer. The mystery hangs over the entire six hours but the story revolves around the characters and the unsettling atmosphere of the community as she churns up the uneasy frontier existence with her investigation.

Mullan is (no surprise) intimidating as the girl’s father, a feudal mountain patriarch who runs his mountain spread like a duchy outside of police jurisdiction and a feared landowner who uses unspoken threats and unrepentent violence to keep his power and manage his independence. Hunter is odd and fascinating as an American self-help guru and Wenham is unreliable as the closest thing this community has to an enlightened authority figure, and it’s not very close at all.

It garnered seven Emmy nominations and one award (for cinematographer Adam Arkapaw) and earned Moss a Golden Globe award for her performance.

Netflix picked up the series a couple of years ago, just after its American run on the Sundance Channel, but it didn’t get the attention of Netflix originals or British pick-ups like Peaky Blinders and The Fall. Now, with a second series about to drop, Hulu has picked up the original 7-episode series. If you haven’t seen it yet, it’s well worth the time.

, iTunes, GooglePlay and other services. Availability may vary by service.
Top of the Lake [DVD]