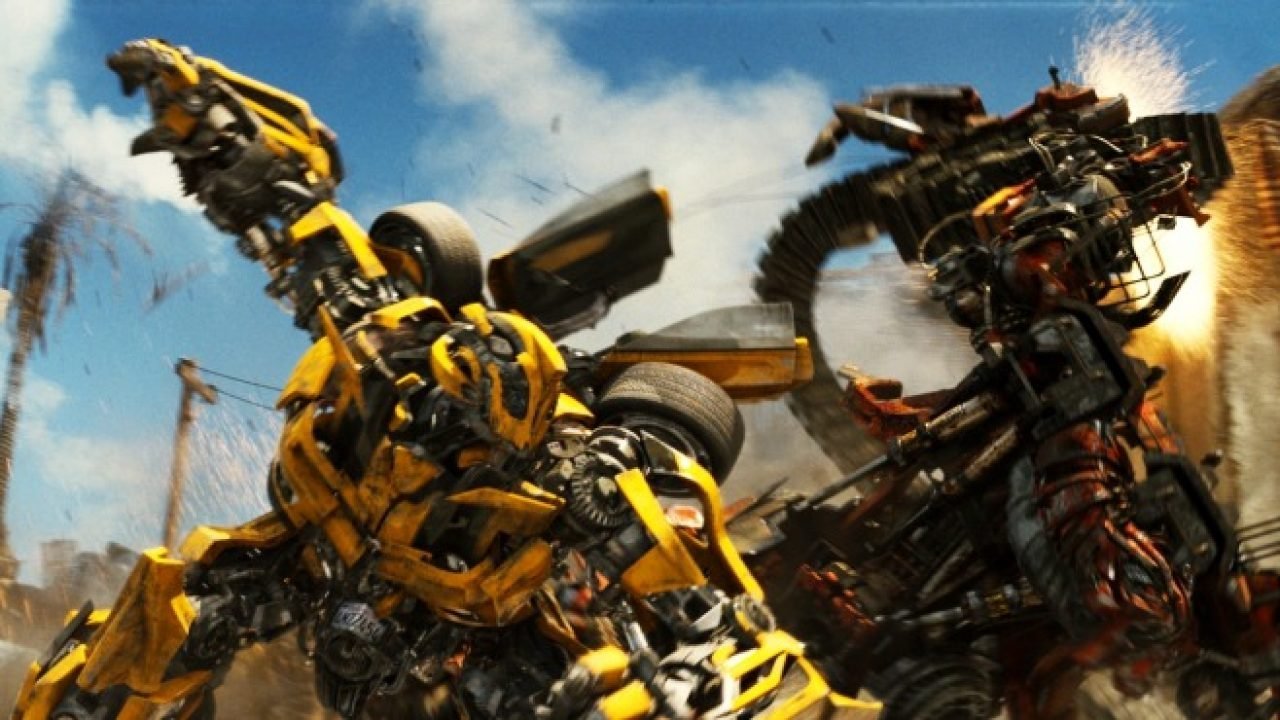 Transformers: Revenge of the Fallen (2009), the sequel to Transformers (2007), is the bigger, louder, more furiously edited and animated, and far less fun second entry in the heavy metal action franchise of giant alien robots that transform into cars and trucks while causing epic amounts of property damage. These robots are full of it.

This time it’s personal, or at least as personal as an army of malevolent robots determined to destroy the Earth can get, and Sam (a buffed-up Shia LaBeouf) and his super-hot gearhead girlfriend Mikaela (Megan Fox) are mankind’s last hope. You can pay attention to all the exposition, which for a time turns the film into a heavy metal version of “The DaVinci Code” that sends Sam, Mikaela and former Agent Simmons (John Turturro), who now works at a deli counter and runs a conspiracy website, to Egypt on the trail of obscure clues and ancient ruins.

But mostly the film is about big, loud and increasingly incomprehensible action scenes of massive mechanical creations pummeling the living grit out of one another. The opening scene, where all the mecha-aliens transform back and forth between giant robots and various makes of automobiles and heavy trucks, becomes so abstract it looks like a Jackson Pollock canvas in motion screeching through the middle of a Hollywood action movie.

Micheal Bay plays half the film for goofball humor and half for melodramatic excess but for all the complicated exposition between the heavy metal smackdowns there’s not much of a story here (or one that makes any sense) and even less character. That leaves a lot of vague noise and action distraction, an Erector Set Apocalypse that attempts to dazzle audiences but merely pummels them into submission.

At 150 minutes, that’s a long assault on the senses without so much as a story, a surprise or a convincing emotional response to show for it.

Josh Duhamel and Tyrese Gibson also return, along with Kevin Dunn and Julie White as the parents, and Ramon Rodriguez, Isabel Lucas, and John Benjamin Hickey costar. The screenplay is credited to Ehren Kruger, Roberto Orci and Alex Kurtzman, who have all written much better work.

It was nominated for an Oscar for its sound.

Both the DVD and the Blu-ray releases are two-disc special editions crammed with supplements. There’s commentary by director Michael Bay and screenwriters Roberto Orci and Alex Kurtzman (I know, I know, I had the same thought: somebody actually wrote this?) and “The Human Factor: Exacting Revenge of the Fallen,” a seven-part, 134-minute documentary that follows the film from pre-production to release. It’s thorough and gives a real sense of the scale and scope of the production itself, but it’s also a real self-congratulatory piece, with Michael Bay strutting through interviews like a drill sergeant as auteur and a bombastic score that seems designed to elevate the making of the film to a cinematic event. There’s also deleted/alternate scenes, a deconstruction of key visual effects, interactive galleries on the robots and more. Exclusive to Blu-ray is the interactive “The Allspark Experiment” for creating custom robots and bonus featurettes and interactive galleries.