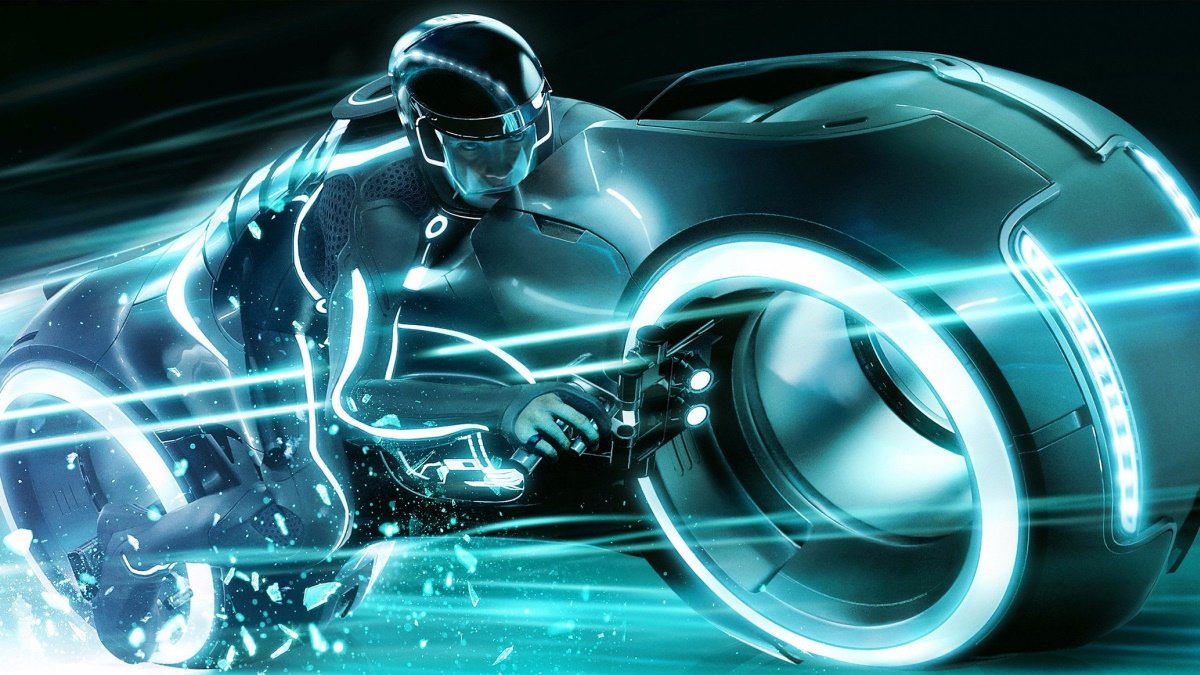 Thirty years after Disney made Tron, the original video game movie and a box-office flop that became a minor cult artifact, audiences were invited to return to the cyberworld in Tron: Legacy (2010).

It too is a videogame of a movie, albeit one built on technology light years beyond the primitive platforms that were state of the art in 1982. That’s an aspect embraced in the sequel about characters living inside a computer world that has transformed cyberlife into a despotic realm where life is a (mostly fatal) videogame and the losers of the digital bread-and-circuses are “derezed.”

Garrett Hedlund is the ostensible hero, the bad-boy genius son of Kevin Flynn (Jeff Bridges’ character from the first film) who follows his missing father’s trail right into the matrix. But the real draw, outside of flashy but soulless effects, is the return of Bridges himself as a grizzled guru hermit living in exile outside the core and (thanks to digital scrubbing) an ageless, creepily artificial cyberversion of himself that has turned himself (itself?) into a ruthless dictator eradicating all forms of life in the grid.

The original Tron was groundbreaking in its day for visualizing computing culture in an era before the personal computer revolution, point-and-click operating systems, and cyberspace, and for using rudimentary computer animation to create the computer imagery… or at least most of it. The filmmakers resorted to old school animation and even photographic effects to create what digital tools were unable to create.

Tron: Legacy updates the geekspeak and visual effects (yes, it’s amazing what almost thirty years of computing history adds to the capabilities) and adds more conceptual tidbits with the idea of not simply artificial intelligence but digital evolution of programs into something new. But coming ten years after The Matrix redefined the cinematic cyberworld it still seems old fashioned, at times entertainingly so, at other times simply frustratingly limited. It’s sleek and zippy and full of glowing figures in a virtual universe that is as bleak and soulless as the first, and the rest is even more derivative in its adventure of a rebel against the machine.

Disney released the film in in multiple incarnations on home video. The single-disc DVD includes the well-made but limited featurettes “Visualizing Tron” (a general introduction to the look and texture of the film) and “Installing the Cast,” which run under 15 minutes apiece, and a promo for the upcoming animated series “Tron: Uprising.”

The “2-Disc Blu-ray+DVD Combo Pack” adds the ten-minute featurette “Launching the Legacy” and “The Next Day: Flynn Lives Revealed,” a mock doc on the “Flynn Lives” movement with a conspiracy theory attitude and bunch of bonus clips accessed from a menus designed like an arcade video game screen with player codes as launch codes, a music video, and a very cool three-minute piece called “Disc Roars” that shows exactly how the audience at the “Tron: Legacy” ComicCon panel were invited to participate in the film.

The “4-Disc Blu-ray Combo Pack” adds in the Blu-ray 3D edition and a digital copy, but for the complete magilla you need the “5-Disc 2-Movie Blu-ray Combo Pack,” which includes all of the above plus a Blu-ray edition of the original “Tron,” along with two new featurettes and the rich array of supplements from the 2002 DVD release. That includes the 88-minute “The Making of Tron,” a production-oriented commentary track featuring Lisberger with producer Donald Kushner and visual effects supervisors Harrison Ellenshaw and Richard Taylor, deleted scenes (with introductions by Bruce Boxleitner), alternate music for two scenes, galleries of storyboard to film comparisons, an extensive still gallery and pre-production designs by Syd Mead and Jean “Moebius” Giraud, pre-production animation tests and computer animation designs and demo reels, publicity materials