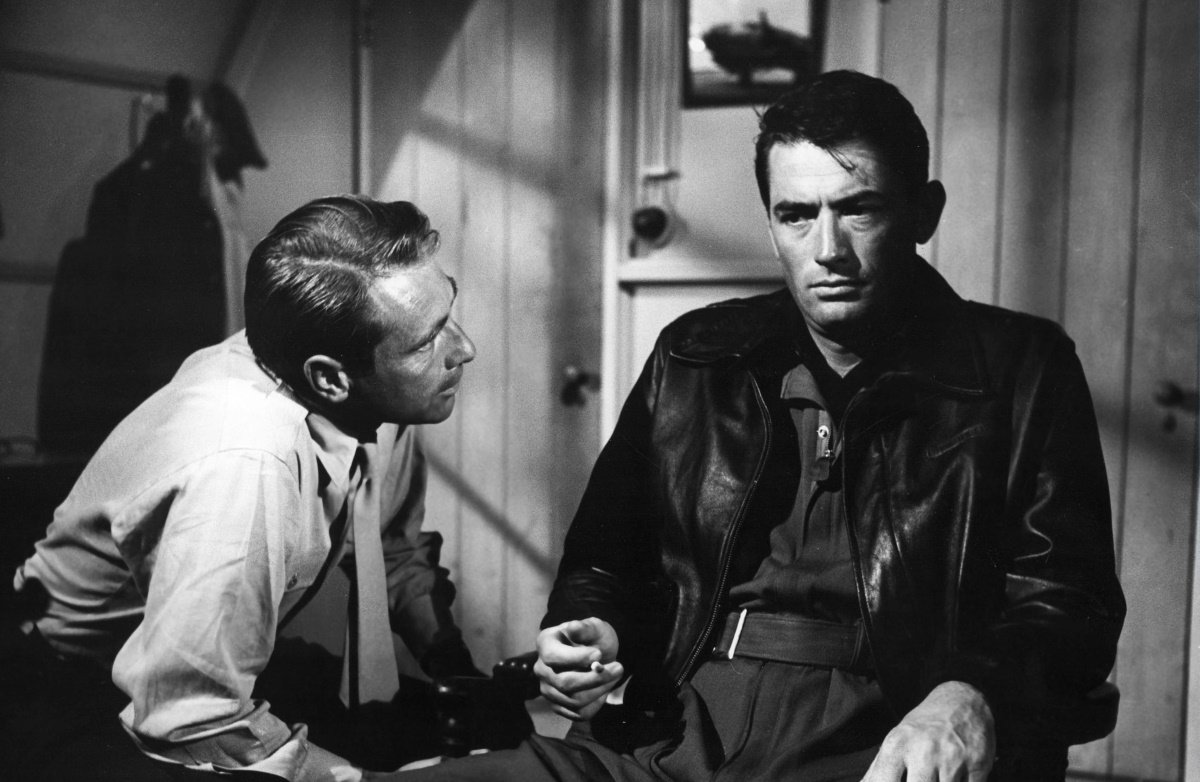 Gregory Peck stars in Twelve O’Clock High (1949) as Brigadier General Frank Savage, an officer called in to take command of a “hard luck” Air Corps group in the European Theater of World War II. The base commander (Gary Merrill) blames the worst losses of the air groups on “our stinking luck” but Savage sees a crisis in leadership. He believes that Davenport is too emotionally involved with his men to effectively command them as soldiers and it has spiraled into a crippling morale problem.

True to his name, Savage blows in like a hurricane, upending the base with disciplinary measures and tough talk to shake them out of their crippling funk. The revolt is immediate and overwhelming—every pilot puts in for an immediate transfer—but his Group Adjutant, Major Stovall (Dean Jagger), sees method where others see madness and slows the requests until Savage can win their respect through mission successes.

Peck delivers one of his most thoughtful performances as Savage and earned his fourth Oscar nomination. Twelve O’Clock High was one of the first and arguably the greatest of the Hollywood films to examine the pressures of command and psychological toll of making life and death decisions for men they come know and care for and Peck offers a dramatic portrait of a man crumbling under the stress of it all. His breakdown becomes a riveting scene of stillness and tension and a striking portrait of the vulnerability of the human psyche under “maximum effort.”

Yet arguably his most effective scene is early in the film, during his final moment of calm before he storms onto the base. Stopping by a river, where the gentle burble is the flowing water is like soothing music, he lights a cigarette to calm his nerves and steel himself for the job to be done, and then steps back in and drives on. Savage is like an actor preparing for his entrance, and in a way that’s exactly what he is. Only the audience and the stakes are different.

Dean Jagger took home a well-deserved Oscar as Peck’s thoughtful right hand man, a “retread” restricted to a desk job for this war who brings his civilian skills (he’s a lawyer, he explains to Savage) in support of his client, which happens to be the United States Air Force. Paul Stewart is the base doctor who asks for a definition of “maximum effort” and Millard Mitchell is the Major General who begins to see the same cracks in Brigadier General Savage that broke his predecessor. Hugh Marlowe and Robert Arthur costar and Sy Bartlett and Beirne Lay Jr. adapt their own novel.

It was the first of many collaborations between Peck and director Henry King, whose strong, solid features with Peck were all just a little dark around the edges. This remains their best film, a tough drama about the pressures of command under fire centered by one of Peck’s finest career performances.

It also earned an Oscar nomination for best picture and was added to the National Film registry in 1998.