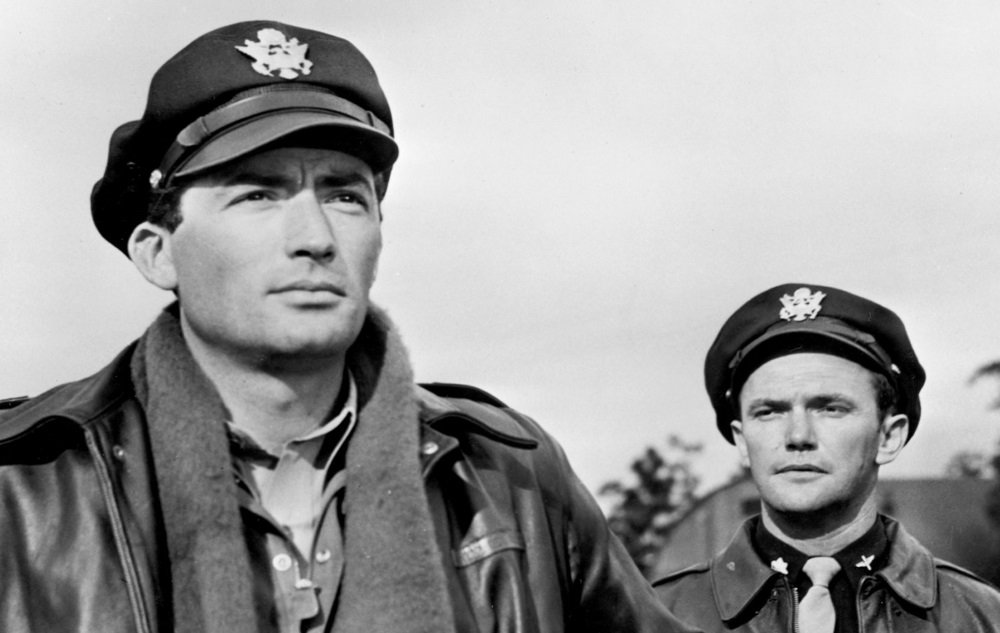 Henry King and Gregory Peck collaborated on a series of strong, solid features, meaty narratives just a little dark around the edges. Twelve O’Clock High (1949), one of the first and arguably the greatest of the Hollywood films to examine the pressures of command and the psychological toll of making life and death decisions for men they come know and care for, is their first and their finest collaboration. It’s based on a novel by veteran screenwriters Sy Bartlett and Beirne Lay, Jr., who served in World War II under Air Force Brigadier General Frank Savage, the officer who directed the first U.S. precision daylight bombings on German industry in 1942. They witnessed firsthand the effects of fatigue and trauma as he sent fliers out on deadly mission after mission. Their novel, though a fictionalized account, was based upon their observations and inspired by their respect for the General, and they adapted it to the screen themselves.

Peck delivers one of his most thoughtful performances as Brigadier General Savage, a pragmatic Air Force officer assigned to take over a “hard luck” Air Corps group in Europe sustaining big losses during bombing runs. The current base commander Colonel Davenport (Gary Merrill) is buckling under the pressure; we first see him skittering out of his plane in a state of anxiety, not the portrait of calm military leadership we’re used to seeing, to take stock of injuries and losses of his men. Davenport is too emotionally involved with his men to effectively command them as soldiers and it has spiraled into a crippling morale problem. Savage, assigned to take over, blows in like a hurricane, upending the base with disciplinary measures and tough talk to shake them out of their crippling funk. The revolt is immediate and every pilot puts in for an immediate transfer but his Group Adjutant, Major Stovall (Dean Jagger), sees method where others see madness

Before that stormy entrance, however, Peck shows us Savage in his final moment of calm. Stopping by a river, where the gentle burble of the flowing water is like soothing music, he lights a cigarette to calm his nerves and steel himself for the job to be done, and then steps back in and drives on. Savage is like an actor preparing for his entrance, and in a way that’s exactly what he is. Only the audience and the stakes are different.

Peck earned his fourth Oscar nomination for his performance and went on to make five more film with director Henry King, including The Gunfighter (1950), and Dean Jagger took home a well-deserved Oscar as Peck’s devoted right hand man, a lawyer by profession and a veteran of World War I restricted to a desk job for this war who brings his civilian skills in support of his client, which happens to be the United States Air Force. The sense of loyalty and commitment embodied in the film is powerful and it is still used by both the military and by corporations to teach leadership and teambuilding skills.