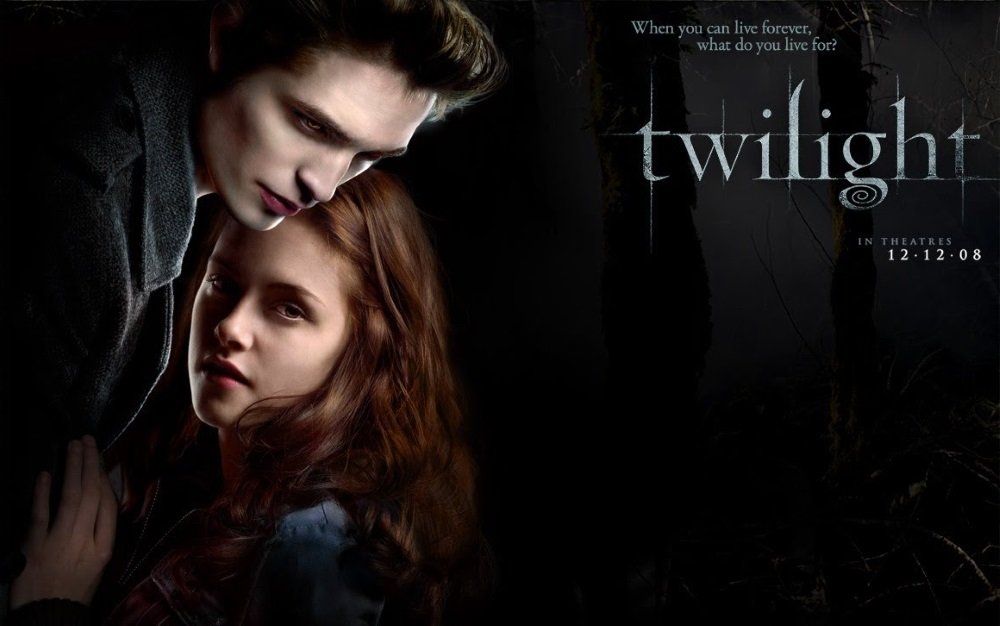 Stephenie Meyer’s vampires are not your parents’ vampires. They walk around in daylight. They sparkle like diamonds in the sunlight. And they love baseball. Meyer’s young love vampire series of novels became a veritable pop phenomenon among teen girls (and their mothers) and the very faithful screen adaptation was an unqualified hit with the fans. The sequels became increasingly silly and overwrought but the original Twilight (2008) is actually kind of interesting even if you are not a devotee of the fan fic-turned-bestseller series.

Kristen Stewart is the human damsel Bella Swann who is uncommonly, instinctively, irrationally attracted to the brooding Edward Cullen (Robert Pattinson), a pale, aloof high school dreamboat in a reclusive vampire family that has vowed to live in harmony with humans. This isn’t a Gothic world, it’s an overcast, verdant, rural American Eden, a small town where recently relocated urban girl Bella fears a life of dull provincialism. If Bella is the modest modern girl, there’s something almost Mr. D’Arcy about Edward, but it isn’t class distinction that separated him. It is something more primal.

Director Catherine Hardwicke celebrates the swoony emotional intensity of romantic delirium—this is one heroine who is literally swept off her feet—and delivers the goods when the feral vampire hunters (led by Cam Gigandet) target Bella to rouse the Cullens into battle.

Billy Burke is Bella’s policeman father, wary of the odd Cullens, Ashley Greene and Nikki Reed are Edward’s much more lively sisters, Kellan Lutz his brother, and Peter Facinelli and Elizabeth Reaser the parents. Taylor Lautner is the hunky, hot-blooded Native American with his own supernatural tribe and Anna Kendrick, playing Bella’s school friend, made this film a calling card for bigger and better roles.

Add to My Stuff on Peacock. You can also see the rest of the film on the series on Peacock.

The Blu-ray and DVD feature an amiable but lazy commentary by director Catherine Hardwicke and stars Robert Pattinson and Kristen Stewart, who have a tendency to go on about little stories from the set and behind-the-scenes vignettes, as if struggling for something to say. Also feature five extended scenes and five deleted scenes (with introductions by the director) and 54-minute documentary “The Adventure Begins: The Journey from Page to Screen,” which isn’t all well-organized but does feature a lot of behind the scenes footage and numerous interview clips with author Stephenie Meyer (in addition to the cast and crew). Also includes three music videos and a short featurette from their appearance at Comic-Con, notable mostly for the non-stop screaming by the fans.