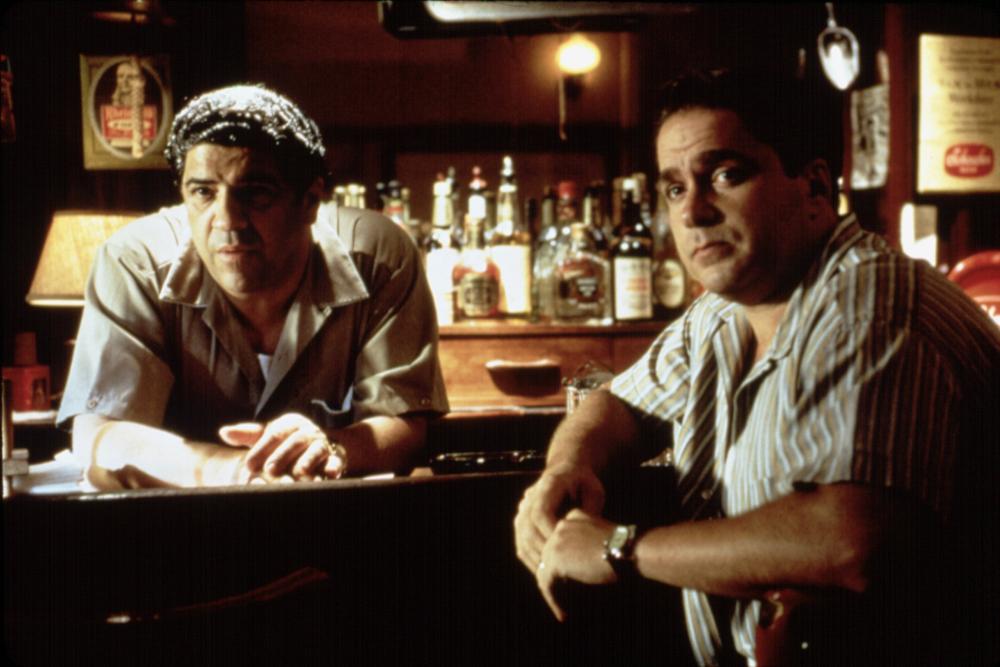 Narrated with the conversational ease of a bar story, it stars characters actor Michael Rispoli as Buddy, a blue collar Italian American with big dreams, a golden voice, and a history of failed business schemes. His latest brainstomrm, turning a two story firetrap into a bar with an upstairs apartment, takes an unexpected turn with the tenants upstairs, a belligerent alcoholic Irishman (Kevin Conway in a colorfully sassy turn) and his young pregnant wife Mary (Kelly Macdonald), refuse to leave. When she’s abandoned by her husband, Buddy can’t shake his feeling of responsibility for the homeless girl after he boots her out (under pressure of his wife, who is understandably dubious of his moneymaking schemes). He adopts her, in a way, and an unlikely friendship begins in clashes and verbal fireworks and turns into a gentle romance while Buddy confronts his own prejudice and smothering cultural values.

De Felitta is uncharacteristically generous to both his clannish working class chorus and Buddy’s wife Estelle (Katherine Narducci, from The Sopranos), who undermines his efforts and ridicules his ambition. She could easily be the villain of the drama but Narducci grounds Estelle’s frustrations in old fashioned conformism. “You think you’re someone you’re not,” she admonishes him, unable to embrace his leap of faith and step outside her modest working class culture. Rispoli, by contrast, is accepting and warm as a guy hungry for his piece of the American dream and Macdonald’s scrappy single mom is full of Irish dander that melts into a romantic sparkle and loving support.

Inspired by the true story of writer/director De Felitta’s uncle, there’s an engaging modesty and loving understanding in this portrait of one man’s rebellion from the stifling values and judgmental intolerance of his community. In the face of intolerance, Two Family House celebrates the triumph of love and acceptance over prejudice, and carries an unexpected power in its simple story and gentle telling.

Add to Amazon watchlist or watch it on Hulu