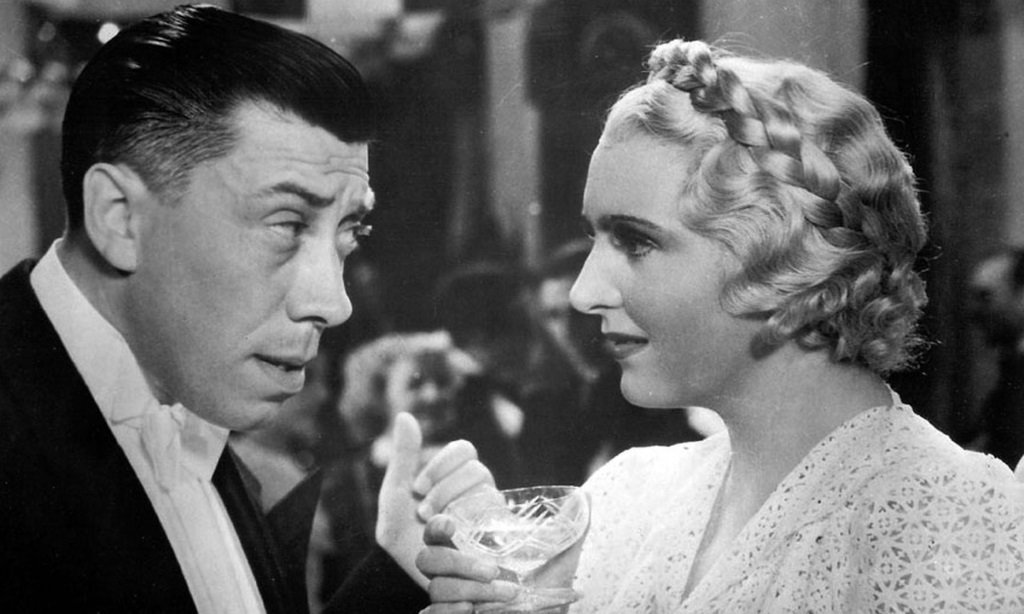 Un Carnet du Bal (1937), the story of Christine (Marie Bell), a recently widowed heiress who tracks down the young men who courted her 20 years ago at her first society ball, is one Julien of Duvivier’s most celebrated and beloved films, a melancholy meditation on memory and loss and disappointment. The title translates to “Dance Card,” the object that launches her from her lavish but remote country manor on an odyssey around France, and she gets glimpses of what her life might have been had she married another.

Bell is reminiscent of Norma Shearer in Hollywood in the thirties, the elegant, confident worldly woman meeting the world without apology, though she hasn’t quite the command or the presence of Shearer, and a cast of French greats play her former beaus as grown men, including Harry Baur (the aspiring composer who became a monk and is now an avuncular choirmaster), Fernandel (a happy hairdresser with a love of card tricks and a brood of kids), Louis Jouvet (a disgraced lawyer turned underworld criminal mastermind), and Raimu (a jovial small town mayor who, after years as a widower, is about to remarry). As you might guess, it’s an episodic picture built around a series of encounters that gives each man a moment to shine as their character takes stock of their lives with the appearance of Christine.

It’s an elegant romantic drama where the deft stylistic touches—the rear-projection trick he introduced in La Tête d’un Homme is resused and enhanced by a slight slow-motion effect that turns a flashback into a dreamy reverie, theatrical shadows that suggest the ghosts of memory with a melancholy edge—are so gracefully incorporated that they (unlike some of his devices) arise organically from his storytelling. Duvivier’s technical prowess meshes with his worldly romanticism in a cynical world more evocatively than any other film of his apart from Pepe le Moko as he elevates moments of tender reconnection and touching scenes of regret and redemption with an express effect or a simple camera movement.