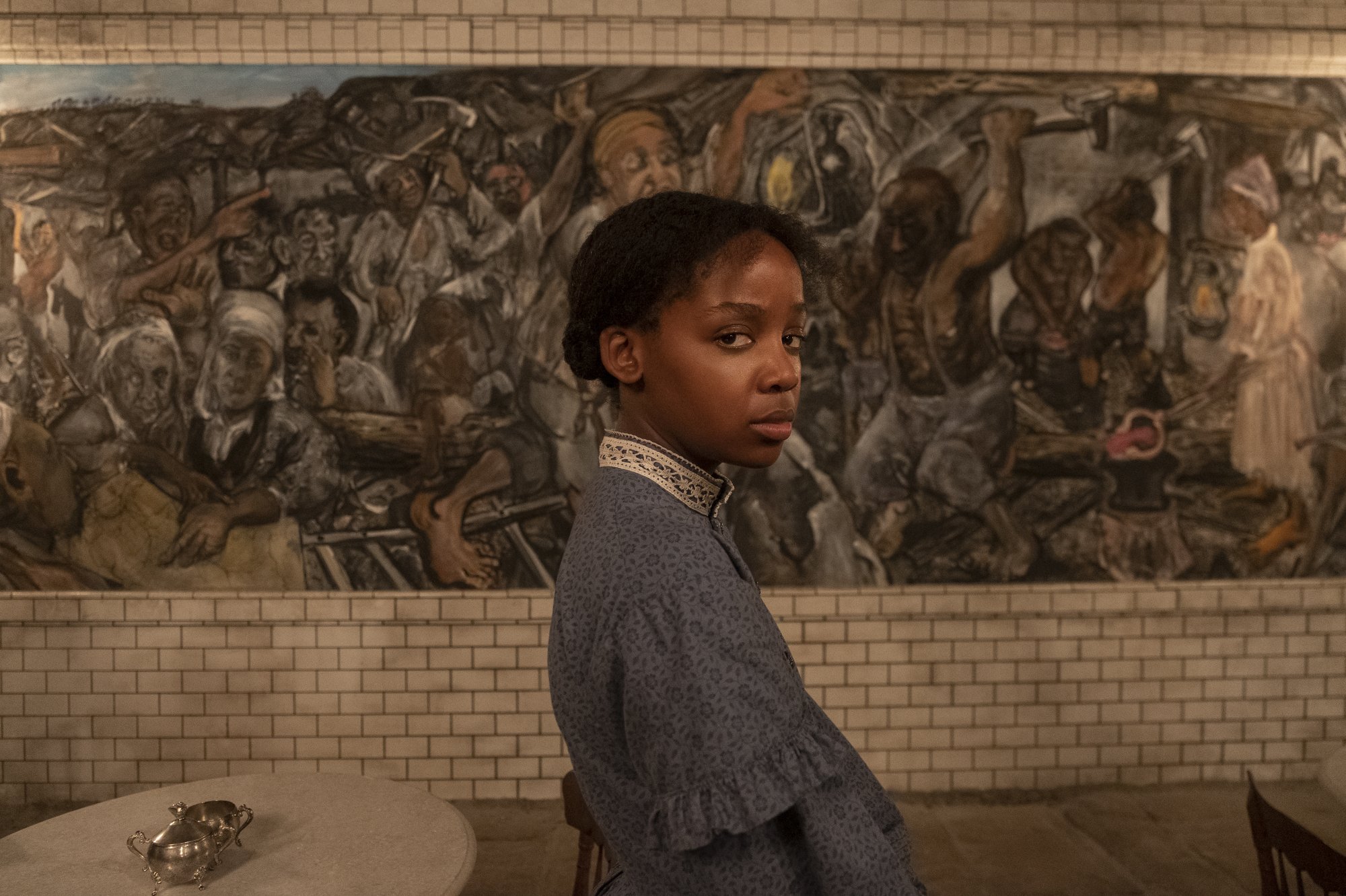 “The Underground Railroad” (2021, TV-14), based on the Pulitzer Prize-winning novel by Colson Whitehead, follows the odyssey of Cora (Thuso Mbedu), an enslaved woman on a Georgia plantation in the early 1800s who flees for freedom in the North. Whitehead’s novel offers a twist of alternate reality—a literal railroad runs through secret tunnels—but otherwise tackles the reality of the brutal lives and the humanity of those trapped in it, and Oscar-winning filmmaker Barry Jenkins (“Moonlight”) honors the poetry and the brutality of the novel in the ten-episode limited series. Aaron Pierre costars as Cora’s escape partner Caesar, Joel Edgerton is the relentless slave catcher Ridgeway, and Chase W. Dillon, Damon Herriman, William Jackson Harper, and Lily Rabe costar. (Amazon Prime)

The show business comedy “Hacks: Season 1” (TV-MA) stars Jean Smart as a jaded veteran comedian running on autopilot who hires a self-destructive young outcast (Hannah Einbinder) to write new material. It’s a rare show about the hard work behind making comedy and might help fans of “The Marvelous Mrs. Maisel” sustain themselves until the next season. (HBO Max)

Angelina Jolie plays a smoke jumper at remote lookout tower in Montana who protects a teenager (Finn Little) on the run from assassins in “Those Who Wish Me Dead” (2021, R), an action thriller from director Taylor Sheridan. Like Sheridan’s previous film, “Wind River,” it’s set in the rugged Southwest wilderness, and this one features a raging forest fire to complicate the struggle for survival. Aidan Gillen, Nicholas Hoult, and Jon Bernthal costar. Available same day as theaters but streams for only 31 days.  (HBO Max)

Amy Adams is “The Woman in the Window” (2021, R), an agoraphobic psychiatrist who witnesses a murder while observing her neighbors, but when no one believes her, she obsessed with unraveling the secrets behind the windows. Gary Oldman, Anthony Mackie, Jennifer Jason Leigh, and Julianne Moore costar in the psychological thriller adapted from the A.J. Finn novel by Tracy Letts and directed by Joe Wright. (Netflix)

The documentary “MLK/FBI” (2021, TV-PG) looks at the surveillance and harassment of civil rights activist Martin Luther King conducted by the FBI and the public relations campaign mounted by J. Edgar Hoover to discredit his efforts. (Hulu)

Oscar-winning documentarian Alex Gibney takes on Big Pharma and the system that enabled the drug manufacturers to create the opioid crisis in the two-part documentary “The Crime of the Century” (2021, TV-MA). (HBO Max)

British streaming service BFI Player Classics launches a stateside edition. The new curated service presents a collection of 200 British or British coproduction films, from the silent era to the 21st century, curated by the British Film Institute. The selection ranges from early Alfred Hitchcock thrillers to Peter Sellers comedies, from such masterpieces as “The Third Man” and “Peeping Tom” to cult movies like “The Man Who Fell to Earth” to contemporary thrillers like “A Most Wanted Man.” It’s $5.99 a month after a 7-day free trial.

“French Exit” (2020, R) stars Michelle Pfeiffer as a widowed Manhattan socialite who has burned through her inheritance and Lucas Hedges as her directionless son who moves in to a borrowed Paris apartment with her.

Robin Wright directs and stars in “Land” (2021, PG-13) as a grieving woman who moves off the grid to a cabin in the Rockies. Also new:

Ewan McGregor stars in “Halston” (2021, TV-MA), a limited series from producer Ryan Murphy about the meteoric rise and fall of the first American celebrity fashion designer.

A tale of “First Love” (Japan, 2019, TV-MA, with subtitles) gets caught in crossfire of warring gangs in Miike Takashi’s wildly violent crime thriller.

A fourth-grade boy goes searching for answers with penguins suddenly appear in his town in the animated adventure “Penguin Highway” (Japan, 2019, not rated, with subtitles).

Cult Pick: spirals colonize a remote town in “Uzumaki” (Japan, 2000, not rated, with subtitles), as strange and surreal a horror fantasy as you’ve ever seen.

Frank Langella is a retired jewel thief who goes back in action with a new partner in “Robot and Frank” (2012, PG-13), a crime comedy with a science fiction twist. (Amazon Prime and Hulu)

The documentary “Some Kind of Heaven” (2020, not rated) goes behind the gates of America’s largest retirement community.

Gerard Butler and Morena Baccarin are a separated couple who reunite to save their son in the end-of-the-world thriller “Greenland” (2020, PG-13).

A wrongly convicted cop gets caught up in a mutiny on a transport ship in “Intergalactic: Season 1” (not rated), a sci-fi adventure with a female cast that arrives from British TV. (Peacock)

“Blinded – Those Who Kill” (Denmark, TV-MA, with subtitles), a psychological crime drama starring Natalie Madueño as a criminal profiler.

“Bauhaus: A New Era” (Germany, with subtitles) is a limited series starring August Diehl about the young artists who ushered in an artistic movement and “Hierro: Season 1” (Spain, with subtitles) isa murder mystery set in Spain’s Canary Islands.