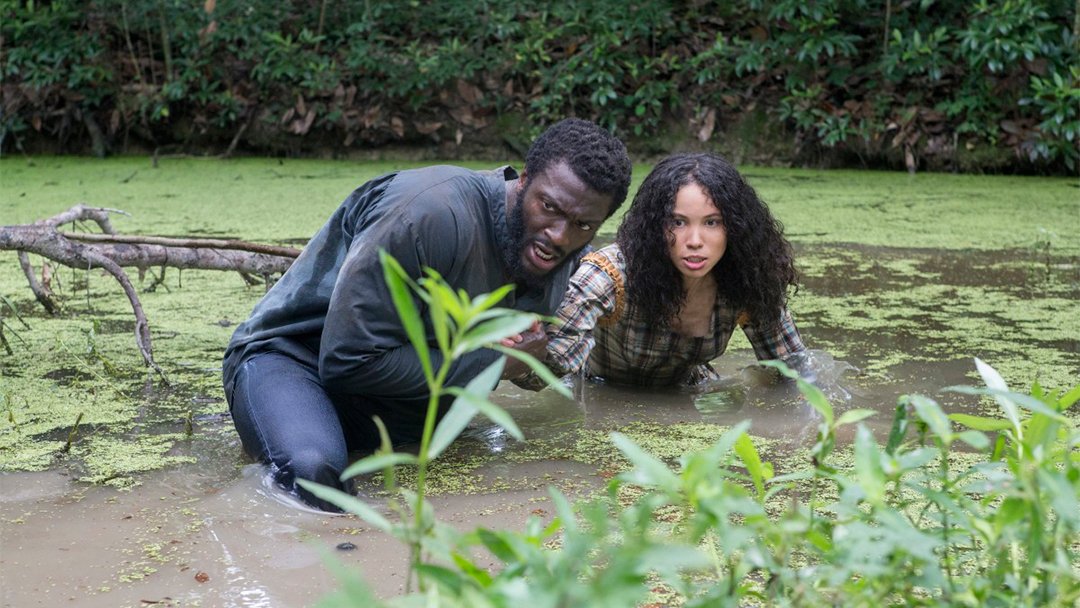 Underground: Season 1 (2016), produced for the cable channel WGN, is a historical drama about the culture of slavery in America and the creation of the Underground Railroad which helped escaped slaves get to freedom. It is also a sometimes difficult show to watch because it reminds us that the sanctioned medieval brutality presented in such historical (and historical fantasy) shows as Vikings and Game of Thrones did not disappear with the formation of the United States, where the promise of freedom and equality was limited to only a portion of the population.

Aldis Hodge stars as Noah, who has grown up as a slave working the fields of a Southern plantation and acts the loyal servant while plotting a break for the North and Jurnee Smollett-Bell is Rosalee, who works in the manor house and becomes a target for sexual assault as she becomes an attractive young woman. They form the core of the group that Noah leads through dangerous territory, led by a map written in cryptic verse.

Alano Miller plays the black overseer, a slave who has earned the trust of the white plantation owner Tom Macon (Reed Diamond), who was raised in the north but adapts to the culture of terror and abuse as if to the manor born. Marc Blucas is Macon’s brother, a die-hard abolitionist, and Jessica De Gouw his wife and partner in crime (because it is indeed a crime to help an escaping slave) when they commit to helping the Underground Railroad. Christopher Meloni’s farmer-turned-bounty hunter is the most complicated of the white characters, a man who shows no outward bigotry but has no compunctions about making his living as a slave catcher or bringing his son into the family business. It’s the law and it’s a job and that’s all that matters for a man desperate to raise the money to treat his ill wife and save his farm from bankruptcy.

It’s an escape drama—bounty hunters track them as the reputation of “The Macon Seven” spreads through the South—with all the tension and action-show drama that comes with i. But it’s also about the lives of African-American slaves in the antebellum American South, the brutality of an existence that treats them as property, and the class system among the captives themselves, with the house slaves segregated from the field slaves and the tensions between the groups keeping them from uniting in rebellion. The show addresses the social politics of slavery and cultural racism, which has deep roots in Southern society. There’s a lot of violence and most of it (but not all) is perpetrated by whites against blacks, which makes the show difficult to watch at times. The balance of history and politics and TV thriller in the fictional show is tricky but for the most part successful. Be aware that though the show was produced for a commercial cable channel and thus meets broadcast standards, it features brutal violence, sexual situations, and bigoted language.

, iTunes, GooglePlay and other services. Availability may vary by service.
Underground: Season 1 [DVD]