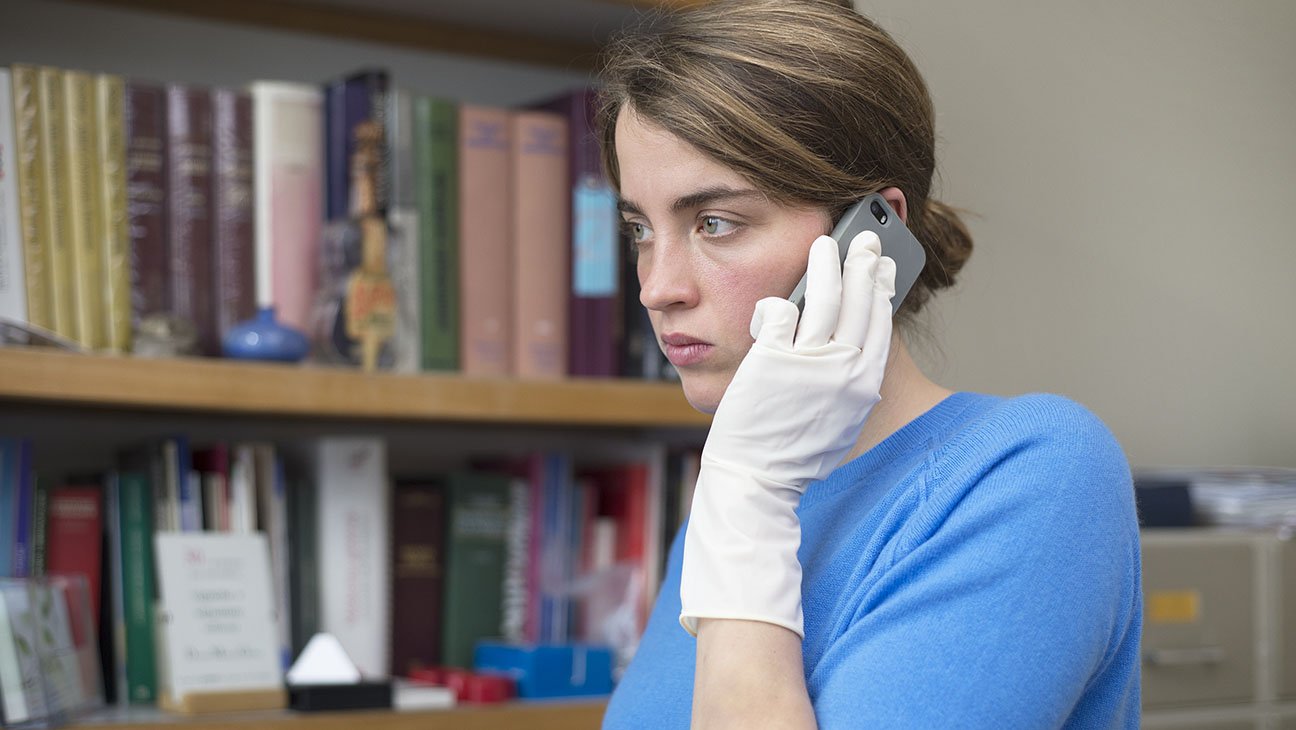 Jean-Pierre and Luc Dardenne’s The Unknown Girl (Belgium, 2016) revisits themes from their earlier films—poverty in poor communities, families going paycheck to paycheck, immigrants at the bottom of the social food chain—but this time views them through the eyes of a young doctor (Adèle Haenel).

She’s on her way out of a small neighborhood office she has been running for a retired old doctor (perhaps a mentor, certainly a friend), treating folks on assistance and government insurance who at times pay in cash out of pocket, and at other times put off payments, and into a bigger practice with prestige, resources, and a more upscale clientele. And then she discovers that a young woman found dead nearby was turned away by her when she knocked on her clinic door as she was closing for the night. The police have no identity for the young woman, an immigrant and probably a streetwalker, so the doctor takes the responsibility upon herself to discover who this girl was and follows the trail into the outskirts of the community she’s never really experienced.

This is Dardenne redux in many ways, a film shot almost entirely with handheld cameras that get a little closer to the subjects than we’re used to, measuring both the connections she has built with some patients and the distance she keeps with others. But I also appreciate how her journey is initially driven by guilt but ends up powered by compassion and a sense of responsibility. Fans of the Dardenne Bros. will recognize Jérémie Renier and Olivier Gourmet, two actors who keep returning to their films, in small roles.

, iTunes, GooglePlay and/or other services. Availability may vary by service.
The Unknown Girl [DVD]