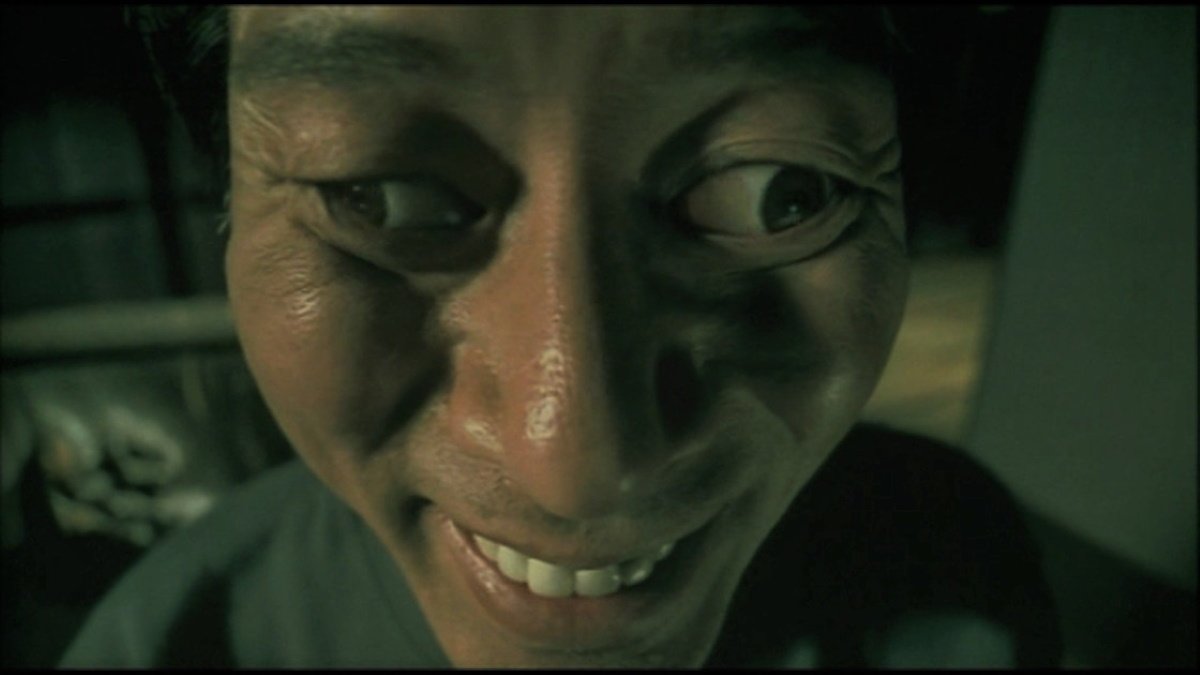 Equal parts David Cronenberg biological mutation and supernatural curse, outré horror film Uzumaki (Japan, 2000) about a town gripped in an obsession with spirals—shells, snails, pottery, even the workings of a washing machine–is the most gonzo horror to twist onto celluloid in years.

Bubbly Japanese schoolgirl Kirie (Eriko Hatsune) is our tour guide through a storybook village separated from the rest of the world by a lone long black tunnel with no visible exit. It could be another dimension for all we know as a mass insanity turns once gentle citizens into spiral obsessed madmen.

Director Higuchinsky, a former music video director and first time feature filmmaker, is light on explanations and heavy on visceral experience: this obsession manifests itself in physical transfigurations and bodily disfigurement. It’s not really a story as an inexplicable nightmare, right down to the hallucinatory imagery and the population’s shrugged acceptance to each new horror.

The very canvas of the film bends with wisps of vortexes swirling in the corners of the screen while the squishy, gooey soundtrack oozes a song of fleshy transformation. You’ll never look at the water spiral in your sink the same way again.

Also on Blu-ray and DVD and on SVOD through Amazon Prime, iTunes, GooglePlay, Fandango, Vudu and/or other services. Availability may vary by service.
Uzumaki [DVD]

The DVD features an interview with director Higuchinsky (in Japanese with English subtitles), a still gallery, and trailers