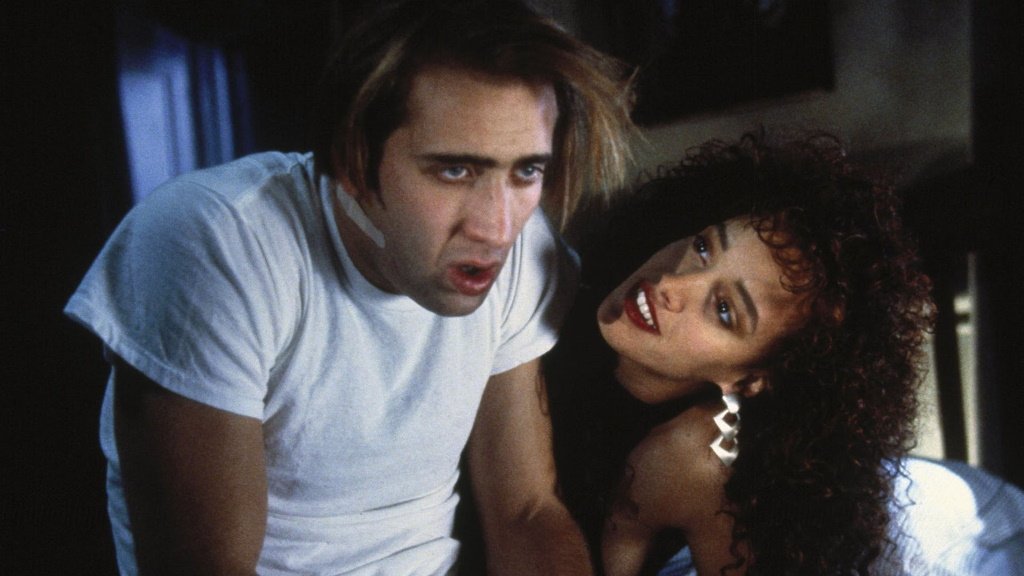 Nicolas Cage is perfectly cast in the devious black comedy Vampire’s Kiss (1989) as a New York literary agent whose latest one night stand lands him in bed with vampire Jennifer Beals, who takes a big, bloody bite out of his identity. The emotionally unstable executive develops an aversion to sunlight, a fear of crosses, and a sudden appetite for cockroaches (not to mention a sadistic pleasure in tormenting hapless secretary Maria Conchita Alonso).

Confidently directed by Robert Bierman, Vampire’s Kiss walks a dangerous line between satire and psychosis, which Cage pushes to surreal levels with a manic, unhinged performance. “I’m a vampire!” he howls, shuffling down alleys and snapping his cheap plastic fangs, less a Dracula than a bug-eyed, psychotic Renfield. The demented, darkly comic script by Joseph Minion (who also wrote the New York nightmare comedy After Hours) plays less like a modern vampire tale and more like a hallucinatory leap into schizophrenia and Cage’s psychotic behavior is vicious and violent even as it tips into mad humor. Both funny and unsettling, this is one of the most demented takes on the genre.