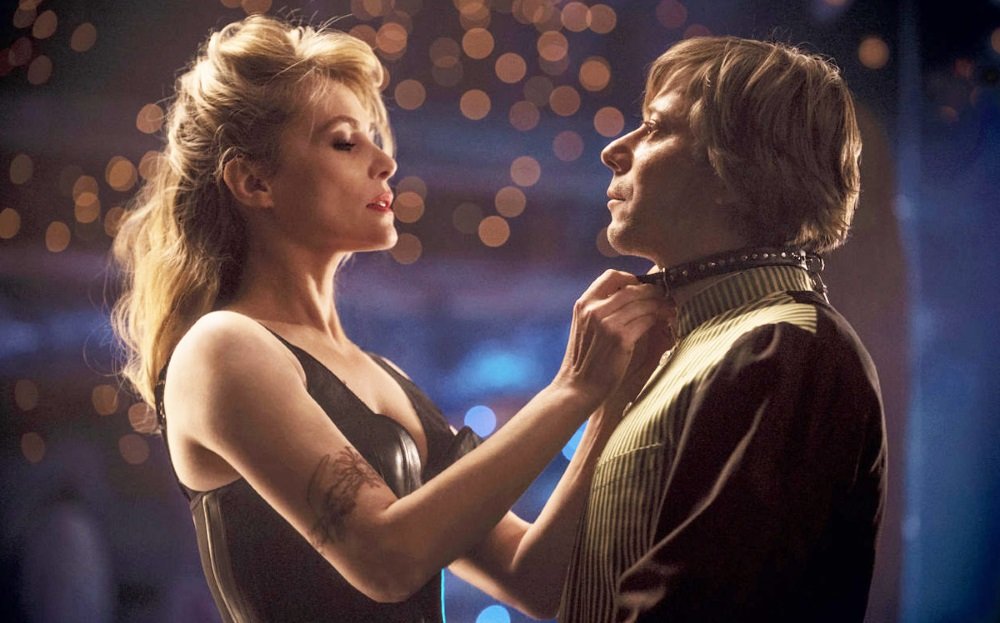 Venus in Fur (France, 2013), adapted by Roman Polanski with playwright David Ives from his Tony Award-winning play, is Polanksi’s second theater piece in a row. This is a two-hander between a playwright (Mathieu Amalric) auditioning actresses for his adaptation of the novel by Leopold von Sacher-Masoch and an actress (Emmanuelle Seigner) who arrives late and turns the audition into a kind of seduction by way of a mind game. She is clearly up to more than she fesses up to as she challenges the author’s portrait of adult relationships as power games and sexual domination.

Polanksi doesn’t open up the play—the action takes place entirely in an empty Paris theater—or add any characters. He keeps his camera prowling around the interplay of the two as Seigner slips in and out of character (and outfits as well; she has layers of lingerie under her coat and a bag full of gear for her transformation into a dominatrix) to tease the director along and probe his misogyny. It’s a witty chamber piece that Polanski keeps moving with a visual and narrative fluidity as Seigner reveals the layers of her character. Where she is big and bold, a performance within a performance playing to the back row, Amalric is more subtle and precise. He’s a better actor but Polanski draws a career best performance from Seigner (his wife) and her energy helps keep her at Alamric’s level, making this duet work. It’s more witty than cutting, but it’s engaging and very entertaining.