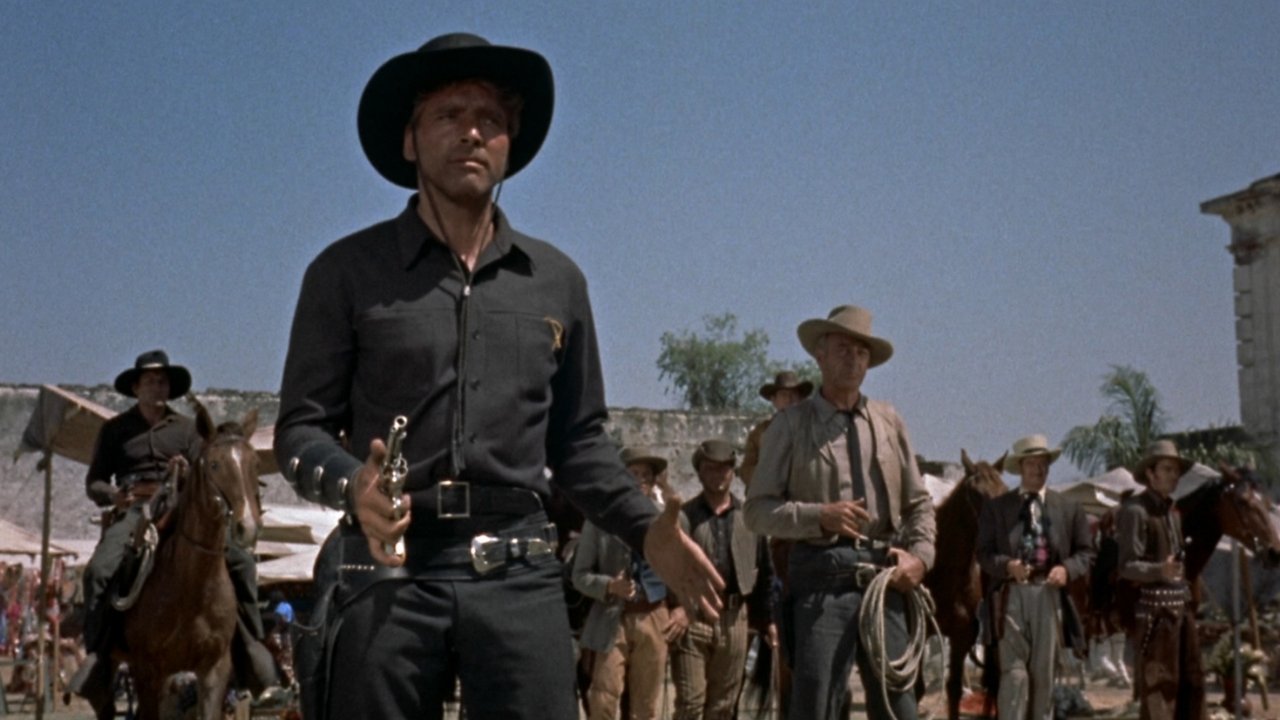 “You’re the first friend I ever had,” grins flamboyant mercenary Burt Lancaster to lean, laconic Gary Cooper in with a smile that suggests that he may be the last. They’re a pair of Americans abroad looking to cash in the Mexican revolution by selling their services to the highest bidder in Vera Cruz (1954), Robert Aldrich’s energetically cynical south of the border western.

Lancaster is the flamboyant pirate on horseback, grinning deviously throughout, while Cooper (who was aging out of leading man roles by this time) is lean and laconic and grounded, at least by comparison, as the Southern gentleman turned hard-bitten adventurer with a sense of honor and morality. They meet cute—conning, robbing, and out-witting one another in a bit of one-upmanship that bonds the men in mutual admiration—and then team up to escort a royal convoy through revolutionary country. When they discover its secret stash of gold bullion, they revert to their old way, selling out anyone who gets in the way of taking treasure for themselves, even each other.

Played out as a seat-of-the-pants con game of shifting alliances and double crosses, it’s a cheerfully ruthless tale that served as a veritable blueprint for the mercenary brand of Italian spaghetti westerns of the 1960s. Aldrich has a real flair for turning rogues and opportunists into deviously riveting characters and went on to work the same sort of magic on Kiss Me Deadly and The Dirty Dozen. Only the creeping sentimental attachment to the peasant revolutionaries betrays this otherwise ruthless western.

, iTunes, GooglePlay and/or other services. Availability may vary by service.
Vera Cruz [Blu-ray]