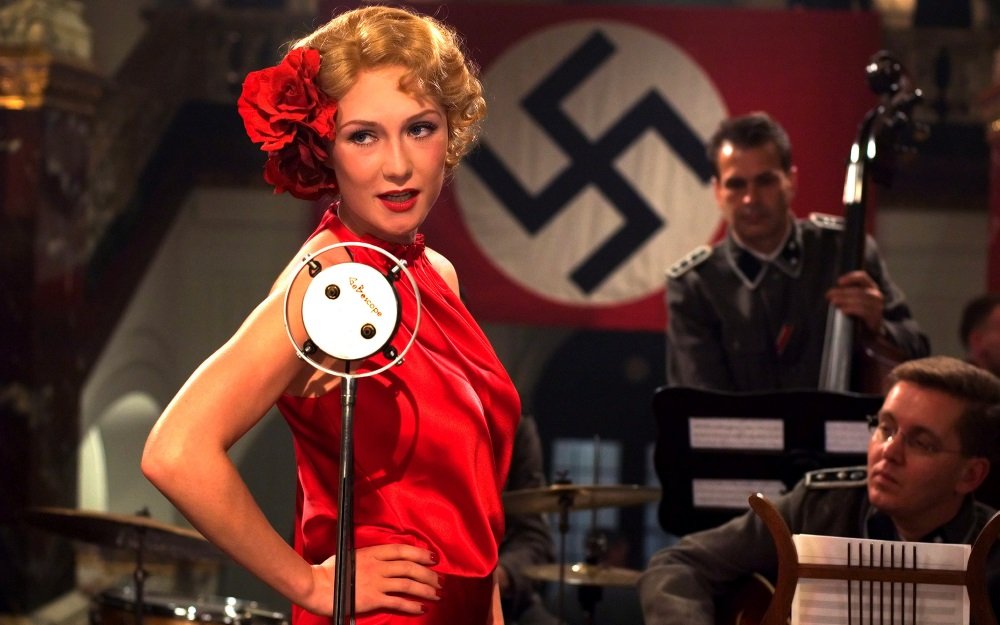 Paul Verhoeven left Hollywood and returned to Holland to make Black Book (Netherlands, 2006), a riveting World War II resistance thriller with a runaway pace and a gripping sense of peril.

Carice Van Houten (best known to American audiences as Melisandre, the priestess / witch of Game of Thrones) is our heroine, a Dutch Jew in hiding who becomes an undercover agent sent by the Resistance into the heart of the enemy’s occupying HQ. She’s victimized from the beginning—hunted by the Nazis, extorted by the Christian farmer hiding her, betrayed by a double agent, and whored out by the Resistance for “the greater good”—but she’s no one’s victim.

This wickedly inventive espionage drama, inspired by real events, is not some adventure of heroic figures battling Nazi invaders, but a film full of corrupted figures hiding behind a pose of heroism and self-righteousness. Verhoeven isn’t as cynical as he is suspicious of such poses. He reveals a strain of Anti-Semitism that runs deep among the Resistance fighters, the corruption that runs through every organization, and the lure of power and money that twists everything and everyone within its grasp.

The plot twists put high concept American thrillers to shame in the way they keep pulling the rug from under the characters and us, and how they all add up to something that resonates through Verhoeven’s sensibility; he’s not as cynical as he is suspicious of poses of righteousness and the integrity of people in positions of authority. It seems to be flying beyond our control and certainly beyond the control of its heroes. Plans are constantly going wrong. New information throws the resistance battle into a new light with almost every scene. Betrayal is everywhere. “Be careful with your trust,” she is warned by a family friend, a lawyer who helps her with money. It’s a lesson and a confession, but we only learn how true that advice is by the end of the film.

Sebastian Koch co-stars as the ranking German officer who falls for our bleached blonde Mata Hari.

Rated R. In Dutch and German with English subtitles.

and other services
Black Book [DVD]