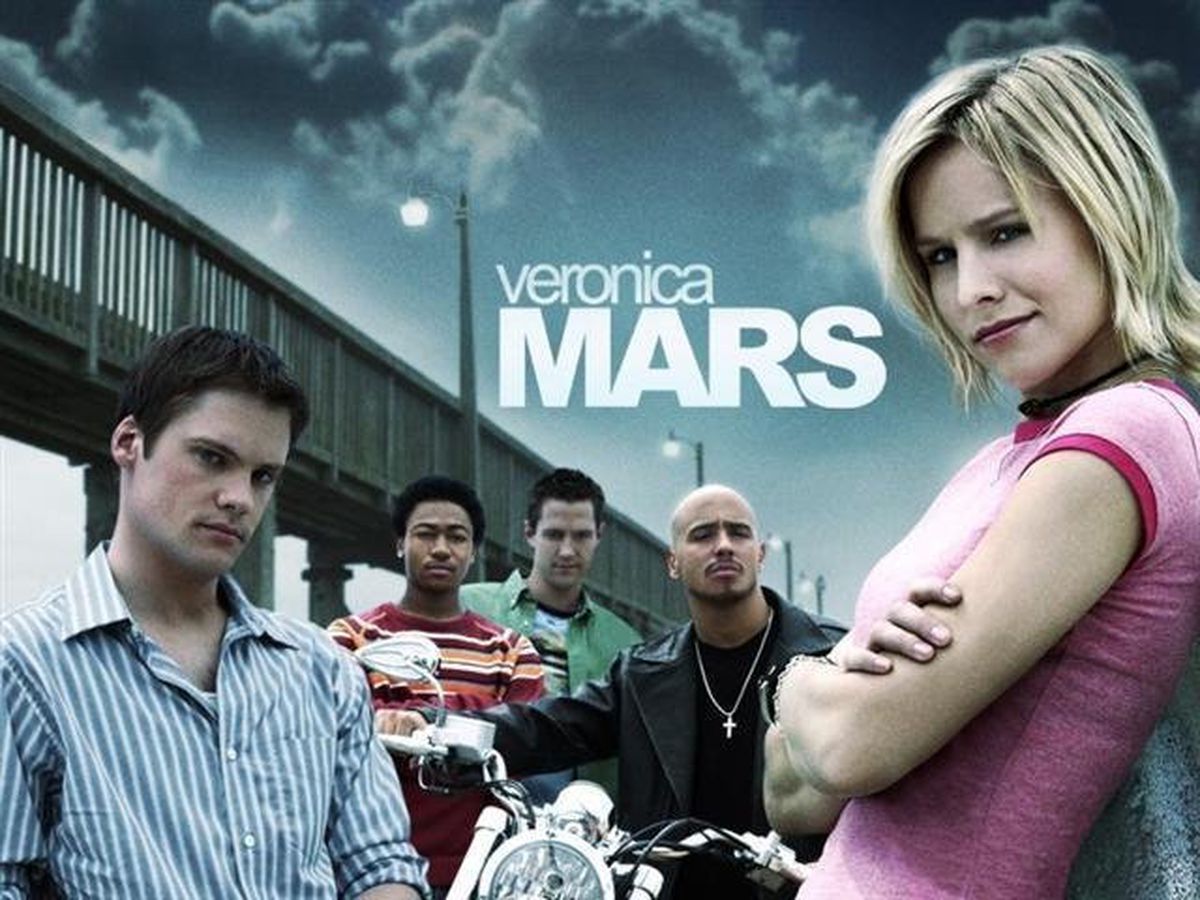 Kristen Bell is Veronica Mars (2004-2007), once part of the high school in crowd in the (fictional) LA suburb of Neptune, where the rich and powerful bump up against the working class and the down and out. Then her best friend (Amanda Seyfried) is murdered, her father Keith (the excellent Enrico Colantoni) is disgraced during the investigation and loses his job as Sheriff, and she becames the school outcast. But Veronica is a firecracker—sardonic, smart, and feisty—and she has a talent for getting even, which soon earns her a side business hiring out her talents to fellow students. Meet the new Veronica Mars: high school private eye.

In this world, high school life is cutthroat, the social world is shallow, and sometimes the only thing that separates these characters from the villains of Buffy the Vampire Slayer and Smallville are their lack of super powers, and the social polarization put under the microscope episode after episode. The children of privilege continually get special treatment and the community chafes under the double standard that no one dares buck, for fear of getting knocked down by an angry millionaire or connected power player.

But it’s not all petty teenage plots. Neither Veronica nor her father Keith ever let the murder go, even after a suspect confesses, and soon they unravel a conspiracy, put a dent into the alibis of most of the suspects (many of them friends of Veronica), and bring some justice to the corruption-riddled community by season’s end. And then there’s all the other stories: romantic troubles, Veronica’s runaway mother, her old boyfriend’s odd change of personality, the mysterious suicide of a famous actor’s wife, and a scandal that hits awfully close to home. Jason Dohring, Francis Capra, Percy Daggs III, Teddy Dunn and Tina Majorino co-star as fellow high school students and Kyle Secor, Harry Hamlin, and Erica Gimpel have recurring roles as parents in the first season.

Life doesn’t get any easier for Veronica Mars in the second season of the smart, savvy, and terribly addictive TV mystery set. She may have solved the murder of her best friend, but there are plenty of plots and conspiracies and crime cover-ups to keep her and her professional private detective father busy, even when she’s not hiring out her talents to fellow students. And then there is a very rocky love life, a killing that leaves her rich boyfriend Logan (Jason Dohring) the prime suspect in a murder trial, best friend Wallace (Percy Daggs III) on the outs, and—the centerpiece mystery of the season—a tragic bus wreck that kills a dozen students and looks more and more like murder with ever revelation. Veronica has a good reason for digging around this case: she was supposed to be on that bus. Watch for TV creator and Veronica Mars fan Joss Whedon in a guest role in Episode 6, “Rat Saw God.”

The final season of the fan favorite but ratings-challenged series follows the Veronica to college, where the freshman continues to solve crimes between classes for her fellow students—for a fee, of course. Where previous season were structured around a single, season-long mystery, this one is organized into three separate arcs, but there are still plenty of cases in between to keep Veronica and her father Keith very busy. There are more plots and conspiracies and crime cover-ups in Neptune than a single detective can handle.

The Season One DVD set presents 22 episodes on 6 discs in a fold-out digipack in a slipsleeve and features an extended version of the pilot with an unaired opening sequence and over 20 minutes of deleted scenes.

Season Two features 22 episodes on 6 discs in a digipak with the featurette “A Day in the Life of Kristen Bell” and 22 minutes of deleted scenes.