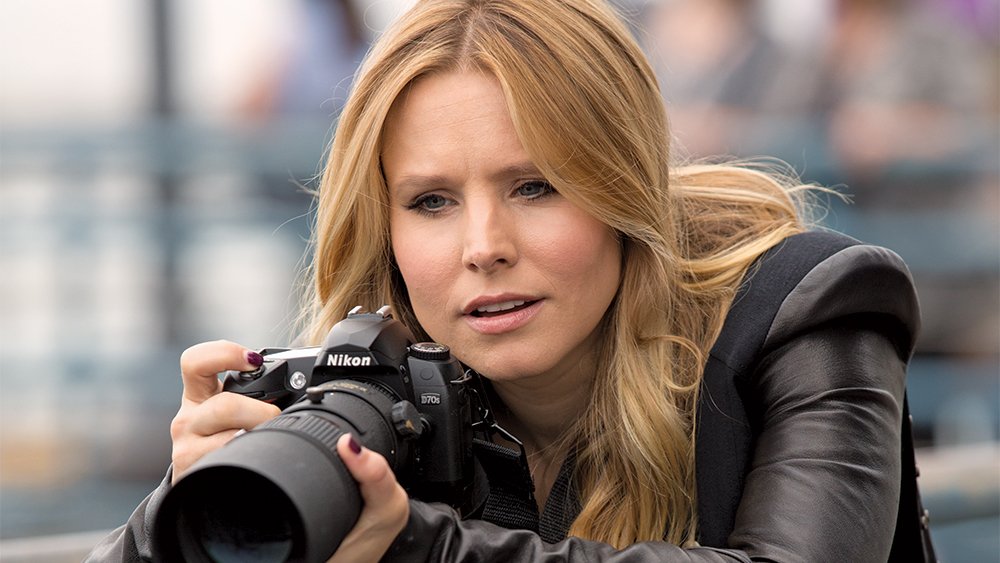 We used to be friends, a long time ago, Veronica Mars and I.

Okay, that’s not exactly true, but it sure felt like it. I watched the show faithfully and was impressed by the display of support when creator Rob Thomas turned to Kickstarter to get starter funds to convince Warner there was an audience for a Veronica Mars movie. Thus was born Veronica Mars (2014) , and yes, I enjoyed being back with the characters and the great California sunshine version of this corrupt suburb of big city noir, even if it failed to recapture the show at its best.

Veronica (Kristen Bell) returns to Neptune after nearly a decade and a newly-minted law degree, to help out old friend and one-time lover Logan (Jason Dohring), who has been tried and convicted in the media for the murder of his pop star girlfriend. As a murder mystery it’s conventional all down the line. As a movie, it’s the best looking episode ever of the show, a reunion with big screen production values and small screen storytelling values, like a multi-episode arc down to the essential elements with a few subplots jammed in just to get favorite character into the story. And believe me, this is all about revisiting the past while updating to the present, where predictably enough the more things change the more they remain the same.

It’s all about the characters and the setting. Neptune is a fictional bedroom community of Los Angeles dominated by the rich and famous and defined by political and police corruption. It’s a pointed cultural portrait of the insurmountable gap between rich privilege and an impoverished population and it makes Veronica burn. She likes being back in the saddle as an investigator but she’s even more charged up by the injustice of the old town, a place her father (Enrico Colantoni) wanted her to escape more than anything. If Veronica Mars is about anything beyond an entertaining revival of a cult show, it’s about Veronica realizing that the only way she’ll ever get past Neptune is by taking it on directly.

I can’t say if anyone coming in cold would embrace the film, though anyone should be able to follow it easy enough. But this is really for the fans and it delivers on that front. Kristen Bell gets all those pop culture riff-filled narrative asides while making good investigative connections and bad career choices, Jason Dohring is the usual hot-headed rich kid with nice guy instincts and bad boy impulses, all the old buddies are back on the team, and Enrico Colantoni is still TV’s best dad! Look for a couple of fun cameos from Ira Glass and James Franco (as themselves) and Dax Shepard (Bell’s real-life husband) and Justin Long hitting on Veronica at a nightclub.

There’s no commentary on the Blu-ray and DVD release but there is a generous 56-minute featurette “By the Fans: The Making of Veronica Mars” which indeed features the fans prominently. The “making of” focus, however, is on the Kickstarter campaign and the fan support all down the line, from the launch of the fundraising to the premiere. Rob Thomas, Kristen Bell, Chris Lowell, Ryan Hansen and Jason Dohring are also quite prominent in the documentary. Also includes six goofy behind-the-scenes pieces in the “More On-Set Fun” featurette, deleted scenes and a gag reel.