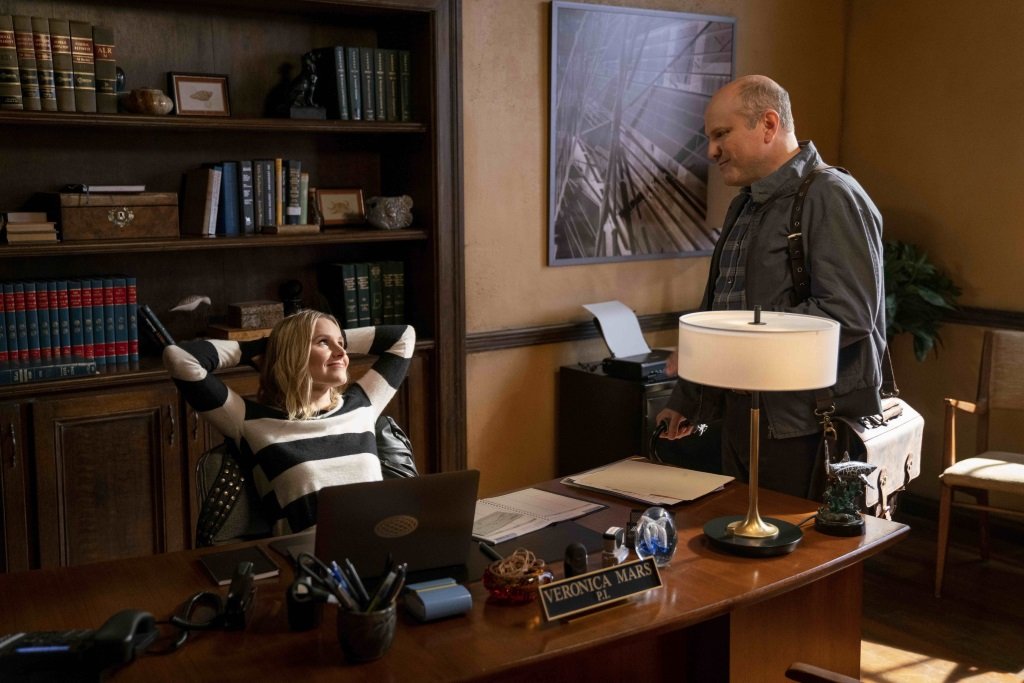 Veronica Mars launched in 2004 as a youth-skewing high school version of the American detective drama: Nancy Drew meets Raymond Chandler in a beachside suburb of big city noir. It ran for three seasons, followed by a disappointing 2014 Kickstarter-funded feature film—but neither creator Rob Thomas nor the fans were ready to let go of the sardonic Veronica.

The 2019 revival picks up with Veronica as a 30-something private investigator back in the corrupt seaside town of Neptune. She’s working with her father Keith (Enrico Colantoni, still TV’s greatest dad) and living with her boyfriend Logan (Jason Dohring), the hot-tempered former bad boy now a military intelligence officer keeping his temper under control between missions thanks to therapy. The eight-episode series (which Hulu modestly calls “Season Four”) kicks with a literal explosion amidst of the drunken excess of Spring Break, the first in a serial bombing spree targeting struggling beachside dives and privileged partiers alike. Veronica and Keith aren’t the only ones investigating—there’s the police, the FBI, sleazy bottom-feeding P.I. Vinnie Van Lowe (Ken Marino), and an amateur “Murder Club” led by an aging, attention-hungry pizza delivery guy (Patton Oswalt)—but they are the town’s best hope of navigating the suspect pool of predatory businessmen, spoiled rich kids, petty gangbangers,.

“Season Four” or “Veronica Mars 2019” or whatever you want to call it is both a return to form and an evolution of the original series. Most of the original cast members are back along with the familiar elements: volleys of playful bantering between Veronica and Keith, self-aware narration that mixes hard-boiled attitude and contemporary wit, and the socially and economically polarized culture of Neptune, which has only gotten worse over the years. Predatory developers are gobbling up failing properties to transform the West Coast Fort Lauderdale into a millionaire’s club and a career thief and ex-con fixer to the rich (J.K. Simmons, superb as usual) has better moral compass than his boss.

Veronica is both grown up, more confident and fearless than ever behind twinkling eyes that turn hard and piercing at the drop of threat, and frozen in place. Her deflective wisecracking serves as emotional armor as Logan pushes for a more adult relationship. Bell’s chemistry with both Colantoni (affectionate and protective) and Dohring (simmering sexual heat) powers the show and the easy byplay between Colantoni and Simmons, playing two middle-aged men who bond over a shared sense of professionalism and experience (albeit from opposite sides of the street), offers one of the show’s greatest pleasures.

The return of Veronica Mars is smart and sharp, full of deft, snappy writing. The humor and energy and playful banter gives the show a brightness that belies the darkness at the heart of the show. The rich think nothing of the collateral damage of dead kids if it saves them money and everyone else is fighting to hang on. That kind of desperation doesn’t make for a healthy society but it sure makes for a compelling show.

The entire series streams on Hulu. Add to My List on Hulu