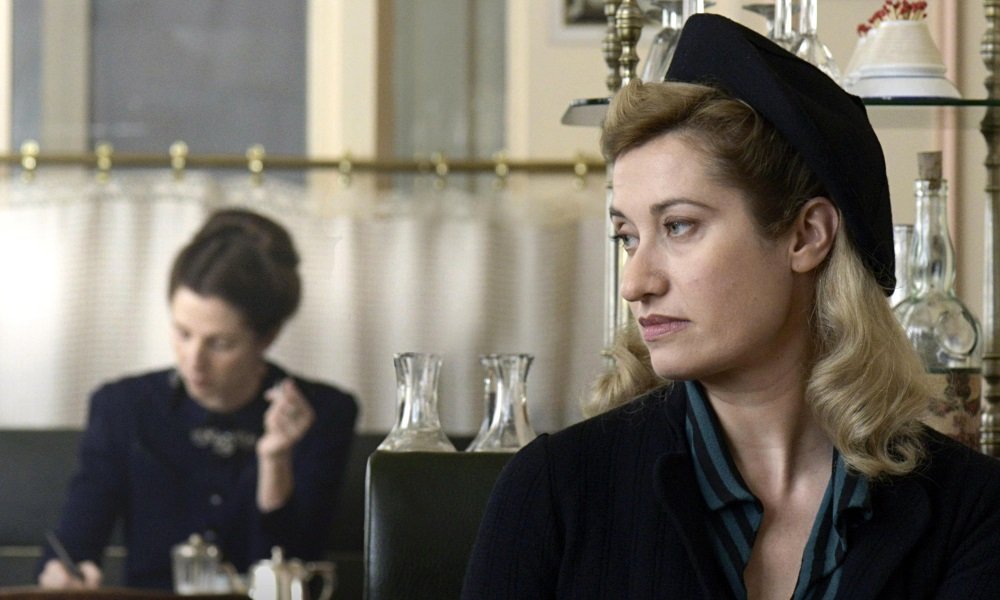 Violette (France, 2013) – Violette Leduc was an acclaimed and controversial French author who, encouraged by Simone de Beauvoir, began writing after World War II and earned the respect of such literary greats as Jean Genet and Jean-Paul Sartre for her frank and vivid memoirs. She wrote about female sexuality at a time when no other female writers were, about her affairs with other women and her abortion, topics so controversial that her publisher censored passages of one of her books before it was printed.

Emmanuelle Devos plays the author in Martin Provost’s biographical drama, which begins during the occupation in World War II and ends two decades later when she achieves the breakthrough success of her bestselling memoir La Batarde. She pours her emotions and experiences out on the page at the urging of Simone de Beauvoir (Sandrine Kiberlain), who championed Violette’s work, introduced her to her literary circle, and at times even supported her financially.

Like Martin Provost’s earlier (and superior) Seraphine, this handsome biographical drama takes on a revered but troubled French artist who came out of poverty and neglect and rose to fame. Violette, however, is more about her mother issues, her anxieties over money, her obsessive crushes, and her fear of being unwanted and undesirable than her art or her inspiration. Provost name-drops his way through the literary greats of post-World War II Paris without exploring their work or their creative influences on Violette and apart from speeches delivered by de Beauvoir never quite gets to the heart of why Violette Leduc was such an important voice in her generation. It does, however, recreate the culture of post-war Paris with great texture and feature superb performances from both Emmanuelle Devos and Sandrine Kiberlain.

In French with English subtitles, not rated, with some nudity and adult material.