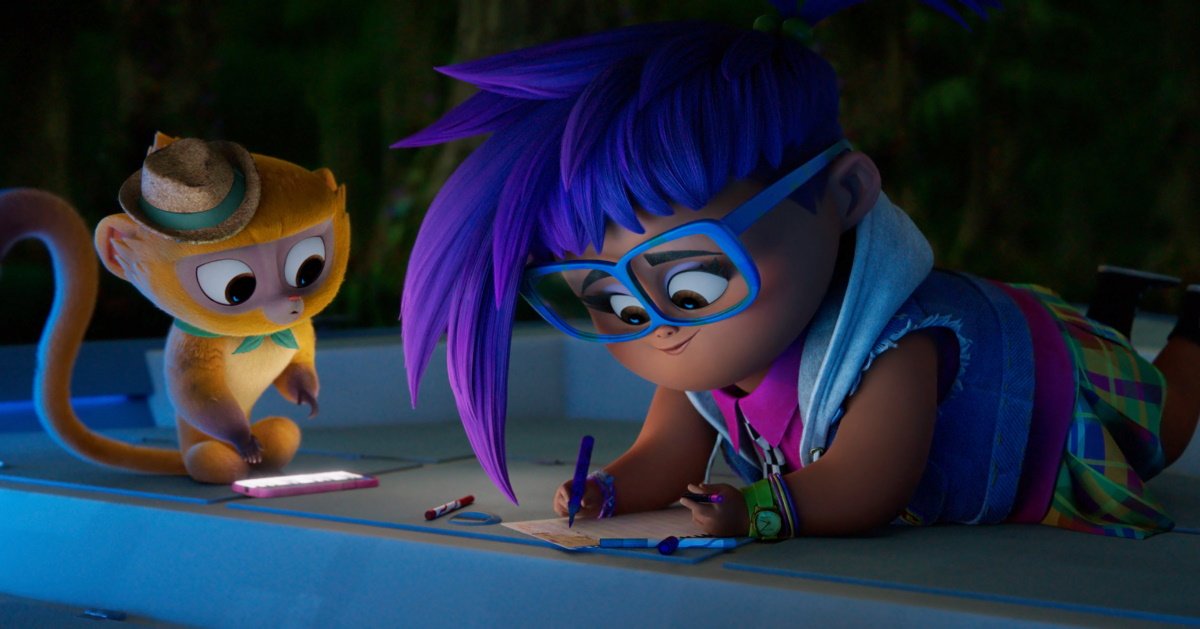 The animated musical “Vivo” (2021, PG) follows the odyssey of a kinkajou, a cute, colorful monkey-like critter from Cuba, from Havana to Florida. Lin-Manuel Miranda writes the original songs and voices the cuddly star as he teams up with American girl Gabi (Ynairaly Simo), adding his Latin style to her pop sensibility. The family friendly comedy is from the director of “The Croods” and the screenwriter of “In the Heights” and features the voices of Zoe Saldana and Gloria Estefan. (Netflix)

The three-part documentary “Obama: In Pursuit of a More Perfect Union” (2021, TV-MA) follows the life of Barack Obama from childhood to the presidency grapples with his legacy as the first African-American elected to the White House. (HBO Max)

“Val” (2021, R) is something of a self-portrait of actor Val Kilmer, who has been documenting his own life and craft through film and video for over fifty years. The documentary by Leo Scott and Ting Poo uses his footage, along with new interviews, to explore his troubled journey in and out of stardom and his recent battle with throat cancer. (Amazon Prime, also debuting on VOD)

Classic pick: Alan Ladd in “Shane” (1953), the gunman who wants a simpler life as a farmhand but is pulled back into violence to protect a homesteading family, in George Stevens’ Oscar-winning western. (Hulu and Paramount+)

The Oregon-set “Pig” (2021, R) stars Nicolas Cage as a recluse on a mission of revenge when his beloved truffle-hunting pig is kidnapped.

Nick Cannon directs and stars in the street-ball comedy “She Ball” (2021, R) with Chris Brown, Cedric the Entertainer, and Melody Rae.

“About Endlessness” (Sweden, 2019, not rated, with subtitles) is another mix of serenity, surrealism, existential mystery, and dry absurdity from Roy Andersson.

“The Vault” (2021, R) stars Freddie Highmore as the mastermind behind a heist of the Spanish Mint. Astrid Bergès-Frisbey, Sam Riley, and Famke Janssen costar.

The documentary “Pray Away” (2021, PG-13) explores the damage that so-called “conversion therapy” has left on members of the LGBTQ community.

Genetically modified locusts raised for food turn out to have a taste for human blood in “The Swarm” (France, 2021, TV-14, with subtitles).

Streaming TV: an Israeli tour guide (Lior Raz) discovers his wife’s death is no accident in “Hit & Run: Season 1” (Israel/US, TV-MA), a thriller that takes him to New York. From the creators of “Fauda” and costarring Gregg Henry and Sanaa Latham. Also new:

Foodie fun: “Cooking With Paris: Season 1” (TV-MA) is hosted by Paris Hilton and features her celebrity friends… none of whom are cooks.

A Mexican drug lord (Sergio Peris-Mencheta) escapes prison and stumbles upon an American military base conducting experiments that go horribly wrong in “S.O.Z. Soldiers or Zombies: Season 1” (Mexico, not rated, with subtitles).

“Sideways” (2004, R), an Oscar-winner for best screenplay, is a road movie with Paul Giamatti and Thomas Haden Church as buddies on a trip through California wine country.

A teenage girl (Jessie Pinnick) goes to stay with her literary aunt (Rebecca Spence) in the low-key comedy “Princess Cyd” (2017, not rated).

Steven Soderbergh’s “Contagion” (2011, PG-13), starring Matt Damon and Kate Winslet, was remarkably prescient in its dramatization of a global pandemic.

Natalie Portman is a driven ballet dancer who spirals into obsession and hallucinations in Darren Aronofsky’s “Black Swan” (2009, R).

“Betrayal at Attica” (2021, TV-MA) looks at the 1971 Attica prison riots and the cover-up of the response that left 39 prisoners dead and hundreds injured.

Robin Williams plays an actor and irresponsible father who makes himself over in the family comedy “Mrs. Doubtfire” (1993, PG-13).

Also new is the second season of the thriller “Departure: Season 2” (TV-PG) with Archie Panjabi and Christopher Plummer.

Created and directed by star Joseph Gordon-Levitt, “Mr. Corman” (not rated) is a dark comedy about a thirty-something elementary school teacher struggling with anxiety and regret over his failed music career. Three episodes available, new episodes each Friday.

The five-part nonfiction series “Luke Bryan: My Dirt Road Diary” (not rated) takes viewers into the life of the country music superstar. Free with ads in IMDbTV. Also newly arrived:

The indie drama “The Inheritance” (2020, not rated) is an ensemble piece set from filmmaker Ephraim Asili focused on a collective of young, Black artists and activists. It makes its streaming debut with “The Diaspora Suite,” five short films by Asili that connect the Black American experience to the greater African diaspora.

It makes a companion piece to “No Data Plan” (2019, not rated), a meditation on the “modern fugitivism” of the undocumented experience from Filipino American filmmaker Miko Revereza, presented with two earlier shorts by the director. Also new: