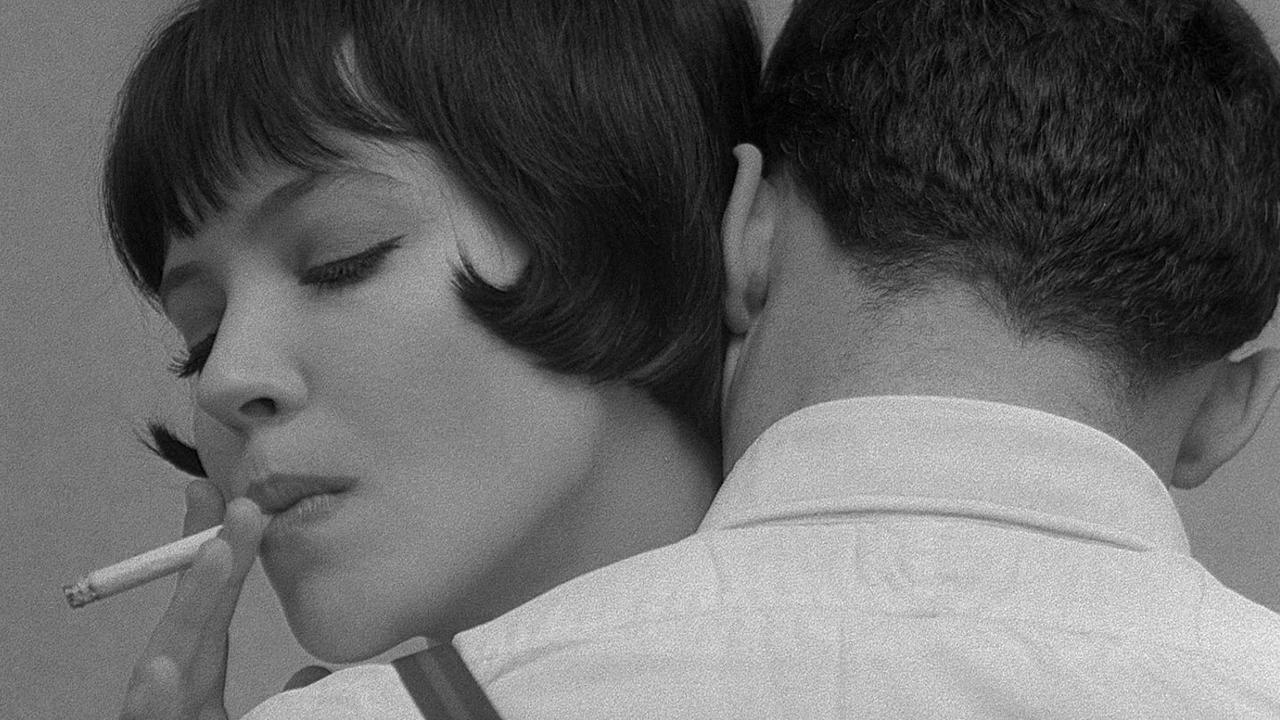 Vivre sa vie (France, 1962), Jean-Luc Godard’s fourth film marked a significant new direction for young turk director, away from the impassioned sketchiness of his furiously directed first films and into the realm of carefully composed scenes and formal visual strategies.

Developed to showcase his wife and muse Anna Karina, the film follows the journey of shop girl Nana from frustrated aspiring actress surviving on the generosity of her dates to professional prostitute. Godard makes it a mix of character study, social commentary and street tragedy broken into twelve distinct tableaux (the full French title is Vivre sa vie: Film en douze tableaux), many of them composed of carefully arranged long takes by cinematographer Raoul Coutard.

On the one hand it’s a provocative portrait of social and sexual politics directed with Godard’s distinctive gift for counterpoint and dramatic disassociation, on the other a moralistic tale of a shallow, emotionally reckless young woman ultimately punished for her ambitions and infidelities. For a film that proclaims itself with the title “To live life” (translated as My Life to Live for U.S. release), it is awfully judgmental.

The whole thing was made as Godard and Karina were on the verge of breaking up. Yet his conflicted emotional life aside, Godard was challenging himself to try making films in a different way and discovering a whole new set of expressive tools that would define his subsequent career. After breaking free of conventional filmmaking techniques, he reappropriates them on his own terms. Coutard’s camera may love Karina but the film keeps us from connecting with her, making Nana more of an object under scrutiny than a full-blooded character, and his distinctive long, still takes (often with characters slipping in and out of the frame) and tracking shots become the stylistic foundation of his later, more political cinema.

It won two awards at the Venice Film Festival.

For more, read this review on Parallax View.

The Criterion Collection Blu-ray and DVD releases include commentary featuring film scholar Adrian Martin, who directly addresses Godard’s formal techniques and thematic concerns as the film rolls on in an informed but accessible presentation. Also includes a 45-minute video interview with film scholar Jean Narboni conducted by historian Noël Simsolo, an archival 1962 TV interview with a relaxed Anna Karina (11 minutes), an excerpt from a 1961 French television exposé on prostitution and Godard’s original trailer for the film among the supplements.