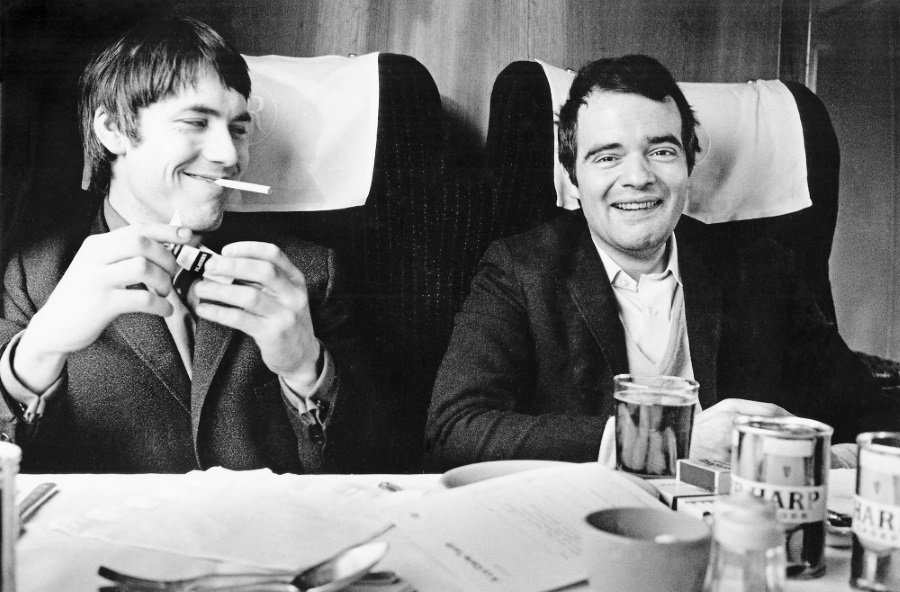 Lambert & Stamp are Kit Lambert and Chris Stamp. There’s no reason you’d know their names unless you are steeped in the minutia of the sixties British rock scene. No, they’re not some forgotten rock duo, at least not as performers. While they didn’t create The Who, it would be fair to say they played a major role in transforming the Mod-favorite club band originally called The High Numbers into a musical phenomenon.

Whether or not documentarian James D. Cooper gives too much credit to this duo for the band’s success (which is a fair question given the film’s split focus between the managers and the band), he’s right about one thing: they are an interesting pair. Lambert, the posh, Oxford-educated son of a classical music conductor, and Stamp, a working class bloke and younger brother of future screen star Terence Stamp, were aspiring filmmakers when they met while working as assistants at Shepperton Studios. They bonded over a shared passion for filmmaking in the age of the French nouvelle vague and hatched a plan to break into the movie business by molding a raw, promising young rock and roll act into a success and chronicling their odyssey on film.

Yes, becoming rock and roll producers and artistic mentors was never their endgame. It was the first act of a grand plan that ended up becoming the whole show, and as the witness statements build, it becomes clear that they were making it up as they went along. Give them credit for commitment; they filmed their search, their initial contact with the band, and the early club performances of the group, and that footage becomes an essential part of this documentary, which is at its best expressing the energy and ingenuity of these early days in the culture of swinging London. The club footage and jump-cut editing captures both the period and the passion of this odd couple bluffing their way through the music industry on instinct and impulse.

Ultimately, Lambert & Stamp falls into the familiar show biz arc: the enthusiasm and rebellion of the early years, the big success with “Tommy” (which, thanks to their creative method of financing the early days of the band, was a long time coming), and the falling out as money rolled in and success came their way. Pete Townsend and Roger Daltrey offer their remembrances and appreciations of Lambert, who died in 1981 (like Keith Moon, a casualty of excess), and Stamp, who lived long enough to reconcile with the two surviving member of The Who and give Cooper plenty of interview footage (he died in 2012). There’s some great footage of the London club scene and the two men playing themselves in the dream film they never ended up making, but ultimately Lambert & Stamp becomes more of a side project for fans of The Who and the British pop scene of the 1960s and 1970s, great for fans but perhaps a little too much “Inside the Music” for the casual viewers.