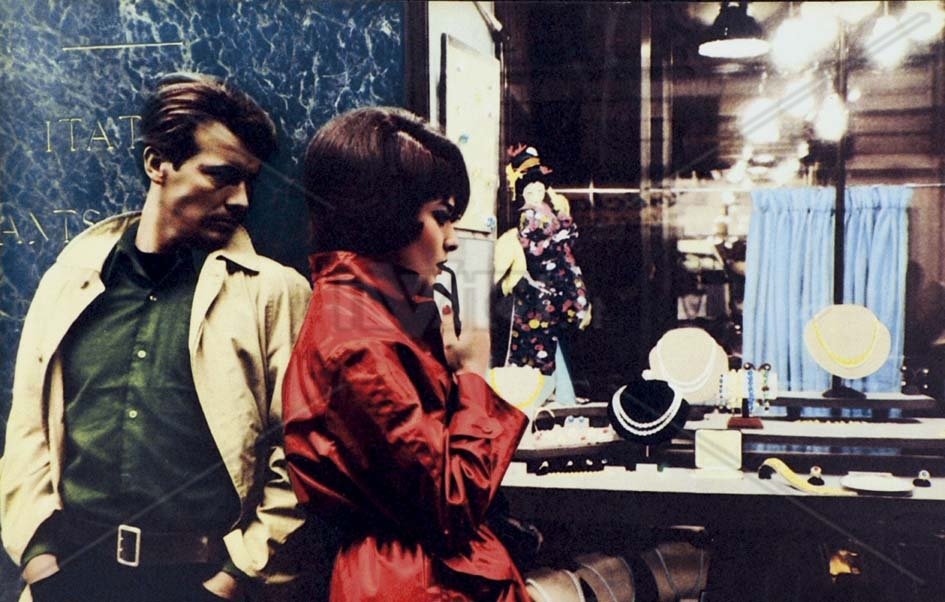 Wake Up and Kill (Italy, 1966), aka Wake Up and Die, turns the story of real-life jewel thief Luciano Lutring, a criminal celebrity whose brazen exploits became headline fodder, into a fast-paced crime thriller that straddles the high life of the rich and beautiful and the dregs of the underworld.

Luciano, as played by Robert Hoffmann, is a working class guy with matinee idol looks and a hair-trigger temper who comes of age in the crime war zone of Milan with an ego, a temper, and plenty of nerve and braggadocio. His first jewelry store snatch-and-grab is purely opportunistic but when his fantasy of promoting Yvonne (Lisa Gastoni), a small-time club singer and love of his life, into the big time trips over reality, he returns to robbing and becomes the last of the independents in a world of syndicates, a celebrity thief with a taste for fast cars and high living.

Director Carlo Lizzani worked his way up as a screenwriter, contributing to the scripts for Rossellini’s searing Germany Year Zero (1948) and Giuseppe De Santis’s Bitter Rice (1949), both films run through with social commentary. He directed short documentaries before making his first feature and returned to documentaries at the end of his career, making films about the great Italian directors he knew and admired: Luchino Visconti, Roberto Rossellini, Giuseppe De Santis. Between these poles, Lizzano had a thriving career making genre films—westerns, crime thrillers, war dramas—in the 1960s and 1970s. It was more than simply a matter of necessity. He loved genre pictures. They were also a superb vehicle for smuggling political commentary into popular cinema. It was a good fit for a filmmaker with an affinity for rebels and outlaws.

Predating the poliziotteschi (a particular violent and cynical genre of crime thrillers that replaced spaghetti westerns in the Italian genre churn) by almost a decade, Wake Up and Kill is a very kind of film than the gangster thriller of the seventies. The real-life Lutring pulled hundreds of successful heists and stole more than 35 billion lire before he was captured in 1965. Lizzani’s film cashed in quickly on his notoriety—and he was indeed notorious in Italy, dubbed “the machine-gun soloist” by the press and embraced as a romantic outlaw for his flamboyant exploits—but it neither romanticizes or sensationalizes his reign. He comes off as less a criminal mastermind than a lucky small-timer promoted to celebrity status by the tabloid press and manipulated by bigger gangs and the police alike.

This Lutring is neither cold-blooded nor conniving. When he plans a major daylight robbery in downtown Milan for a big-time gang, they play him for the patsy. When things get too hot for him in Italy he heads to Paris but the underworld freezes him out and les flics (the French cops) compete with the dogged Italian inspector (Gian Maria Volontè) to nab him first and grab the glory. In some ways he’s as much victim as predator, a lightning rod of attention to distract the public and the police from the more insidious threat of organized crime. But while he famously avoids violence in his heists (he uses his machine gun as a tool to shatter display cases and shock bystanders into submission), his pathological jealousy and quick temper makes him a bullying, abusive husband, especially when the cops spread rumors to rattle his cage. His long-suffering wife Yvonne simply endures. Amidst the brazen robberies and high-speed car chase escapes, Lizzani subtly deflates his mythical status and undercuts the gangster movie glorification of the outlaw lifestyle.

and other services. Availability may vary by service.
Wake Up and Kill (2-Disc Special Edition) [Blu-ray + DVD]

Arrow features a new 2K restoration of the film from the original camera negative for its Blu-ray+DVD dual format release, and it presents two versions of the film: the original Italian-language version (with newly-translated English subtitles) and the shorter English-language cut. The booklet features an essay by Robert Curti.