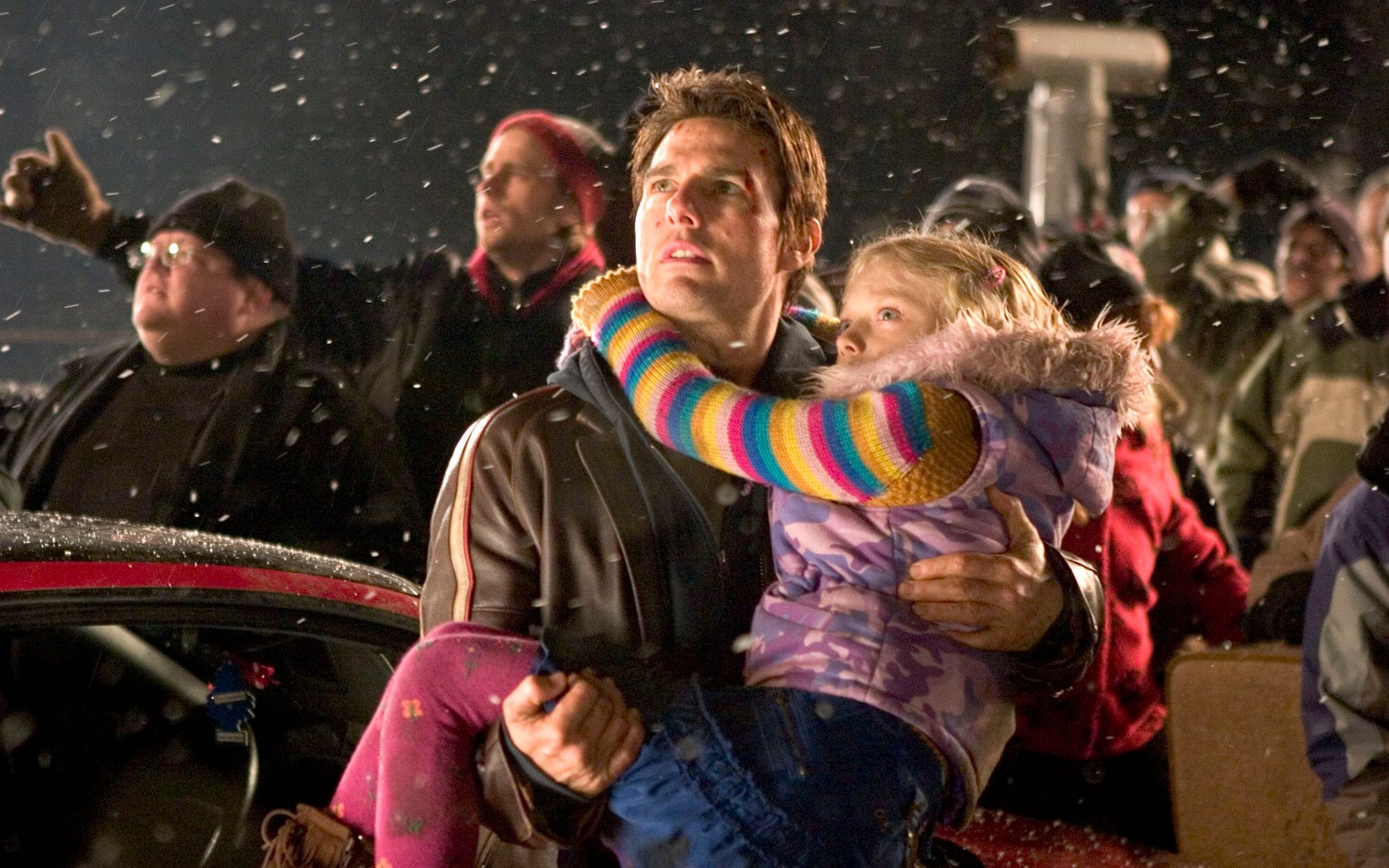 Steven Spielberg takes on the granddaddy of all alien invasion stories with War of the Worlds (2005), his contemporary adaptation of the H.G. Wells novel, fifty years after the first big screen version thrilled audiences.

Tom Cruise is the screw-up of a divorced Dad emotionally cut-off from his kids who connects with his paternal instincts to protect his children (Dakota Fanning and Justin Chatwin) when his New Jersey neighborhood is assaulted by alien creatures that burst from the concrete streets and destroy everything—and everyone—within their reach.

Spielberg is a master at staging both epic scenes of disaster and intimate moments of terror and triumph. The imagery is epic and the effects thrilling: the storms above the bridge by Ray’s New Jersey home, the cracking pavement as alien tripods rise from the ground and march through civilization like an invading army of spidery giants, the death rays that sweep the streets and leave dust where people once stood. The survival odyssey keeps is grounded in the family trying to survive the onslaught, giving us everything from their limited perspective in the midst of a nightmare.

Cruise takes direction amazingly well and delivers an impressive physical performance as his failed father rises to the occasion and risks everything to protect his children from the invasion. But he still can’t manage to emote and he doesn’t allow the audience to connect to Spielberg’s strongest impulses: family, devotion, sacrifice for a loved one. For that, the film relies on young Dakota Fanning, whose wide eyes and little girl shrieks really express the sense of the world unraveling.

Tim Robbins is memorable as a survivalist who saves Cruise and Fanning, only to fall prey to his own shock-induced obsession, Miranda Otto co-stars, and Gene Barry and Ann Robinson (stars of the original 1953 film) makes cameos as the grandparents. Morgan Freeman chimes in as narrator in the opening and closing moments.

It was nominated for three Academy Awards, for sound mixing, sound editing, and visual effects.

The Blu-ray and DVD editions include featurettes and cast and crew interviews.