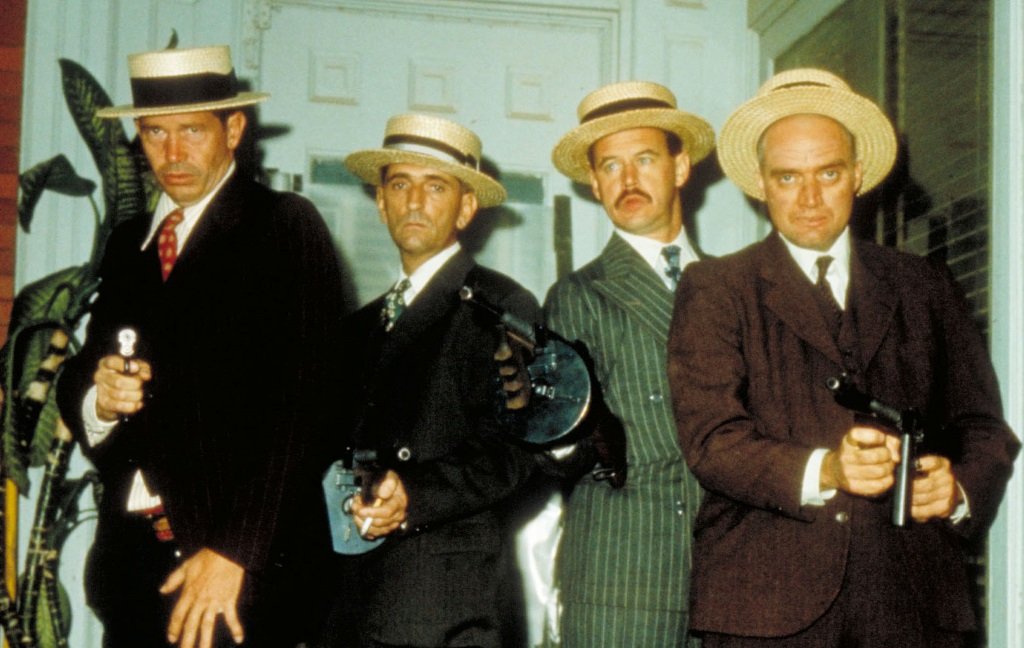 John Dillinger was the most notorious of the Depression-era gangsters and his exploits (and attendant newspaper coverage) made him a romantic anti-hero to many of the folks who felt betrayed by the bankers and businessmen of the country.

Dillinger (1973), the directorial debut of John Milius, plays on that image of the gentleman gangster who courted the public and the press while he robbed banks across the American Midwest. It was one of the best of the many period gangster films that poured out in the wake of Bonnie and Clyde and made anti-heroes of outlaws.

Warren Oates stars as Dillinger and it is great casting; not only does he resemble the real-life gangster but he brings a rugged charm to the role, whether cautioning bystanders and bank tellers during the robberies (“This could be one of the big moments in your life,” he says at one point. “Don’t make it your last”) or genially bantering with the press after he’s arrested the first time. Ben Johnson plays Melvin Purvis, the Midwest FBI agent who made Dillinger a priority as his fame became an embarrassment for the Bureau.

The film covers his brief rampage across the Midwest states, his romance with Billy Frechette (Michelle Philips), his flamboyant prison break, the supergang that included Pretty Boy Floyd (Steve Kanaly) and the bloodthirsty Baby Face Nelson (Richard Dreyfuss), and his bloody demise outside of a Chicago movie theater in 1934 in the company of “the lady in red” (played by Cloris Leachman). Harry Dean Stanton, Geoffrey Lewis, John P. Ryan, and Frank McRae co-star as members of Dillinger’s gang through the years and Milius gives them all distinctive parts.

Milius was one of the highest paid screenwriters in Hollywood when he made the film for AIP, taking a cut in exchange for the chance to direct, and AIP (famed for drive-in pictures) poured money into this film in hopes of a mainstream breakthrough and a little prestige. Though small by studio standards, it was the biggest budget of any AIP picture to that time and Milius creates a terrific evocation of the era and delivers impressive action scenes, shoot-outs, and car chases on a tight budget.