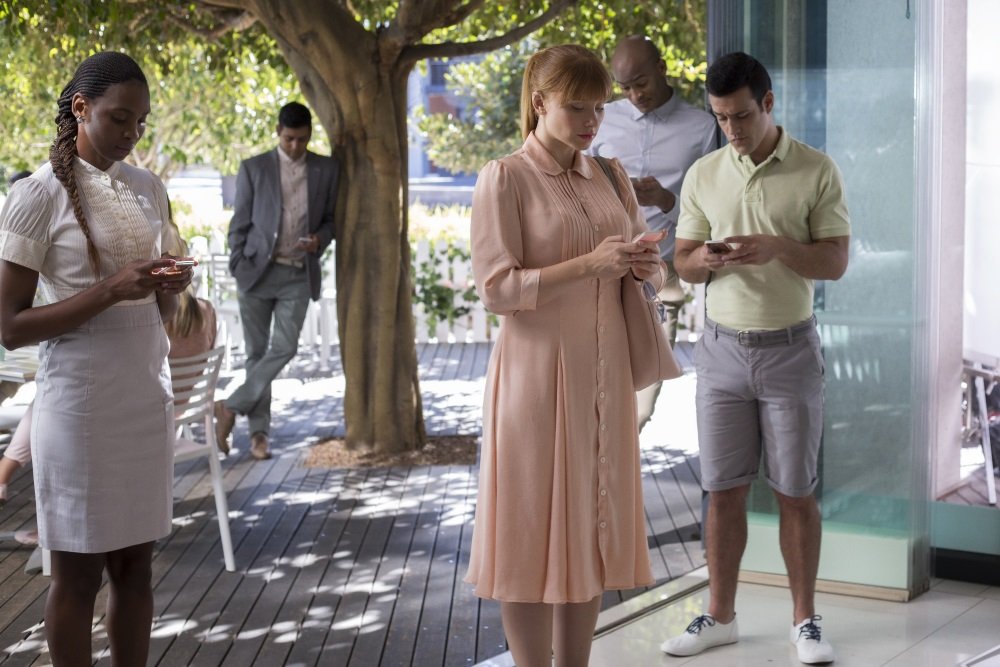 Charlie Booker originally created Black Mirror, a bleak The Twilight Zone for the plugged-in 21st century of social media and technological interfaces, for Britain’s Channel 4 in 2011, but it caught fire in the U.S. when Netflix streamed it stateside in 2014.

The response was so great that Netflix decided to make the show their own and lured Booker away from Channel 4 to make the third season exclusively for them. New episodes debuts on Netflix on Friday, October 21.

Welcome to your future.