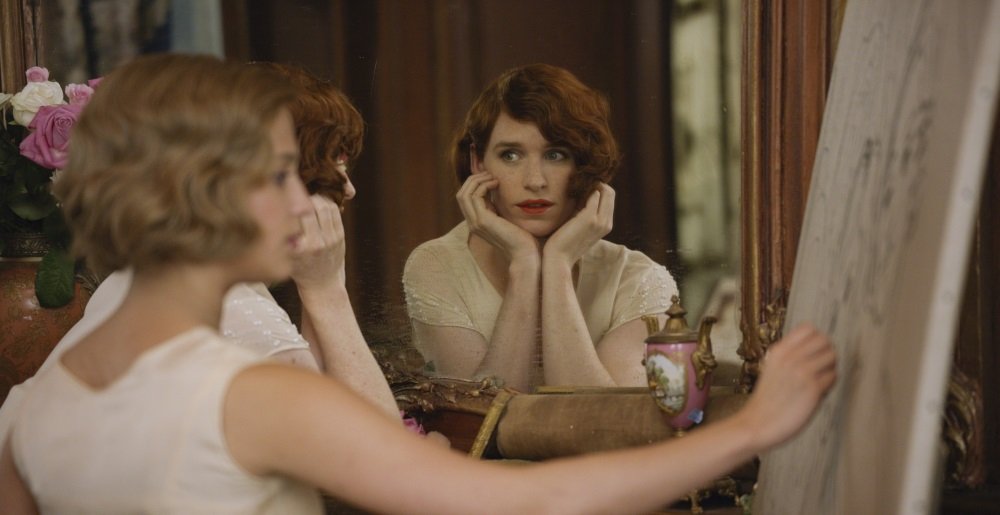 Creed passes the “Rocky” torch to the next generation, with Michael B. Jordan as the son of Apollo Creed and Stallone quite touching as Rocky Balboa, playing mentor and father figure to the underdog boxer. Stallone earned an Oscar nomination for her performance (the equally deserving Jordan was overlooked, as was director and screenwriter Coogler), and I’m sure that’s partly because Stallone gave himself over to Coogler’s vision of the story. It’s a lovely performance, with Stallone using his age and size and slow way of talking to guide the retired, lonely Rocky, while Jordan is the anxious, ambitious Adonis Johnson, the son of Apollo Creed from an affair yet found and raised by Apollo’s widow (Phylicia Rashad), whose loving attention lets him know that he is genuinely family. Which is at the heart of the film: identity and family, the legacies you inherit and the legacies you create. It’s also a marvelously satisfying, old-fashioned, underdog boxing movie that delivers the thrill of a title bout in the climax. What a marvelous revival of a franchise that was all but down and out. PG-13.

Also new: Legend starring Tom Hardy as Reggie and Ronald Kray, the identical twin gangsters who terrorized London in the 1960s (R), the comedy The Night Before with Joseph Gordon-Levitt, Seth Rogen, and Anthony Mackie on drug fueled Christmas odyssey (R), and the buddy comedy Miss You Already with Drew Barrymore and Toni Collette as lifelong best friends (PG-13).

If you need a break from the real-life political drama of the elections, you can now return to Frank Underwood’s world in House of Cards: Season 4 (2016) with Kevin Spacey. You decide if he’s better or worse than the actual candidates on the trail. All 13 episodes are now available to stream.

More streaming TV: the FX sitcom Louie: Season 5 with Louis C.K. (also on Amazon and Hulu) and the British rural mystery series Midsomer Murders: Series 17, which adds four feature-length episodes from 2015 to the collection, and for kids there’s the Disney XD series Lab Rats: Season 4 and the Netflix originals LEGO Bionicle: The Journey to One – Season 1 and LEGO Friends: The Power of Friendship – Season 1.

Finding Vivian Maier (2013) is a documentary on the photographer whose amazing (and private) body of work was discovered only after her death. Not rated.

Adult Beginners (2015) stars Nick Kroll and Rose Byrne as grown siblings reunited when he moves in with his married sister and becomes the live-in nanny for her three-year-old son. R.

Heaven Knows What (2015), an indie drama of drug addiction from Ben and Joshua Safdie, is based on the memoir by its leading actress, Arielle Holmes. R.

A new batch of older movies joins the catalog this month. Here are a few choice cuts: the original The Exorcist (1973) (R), Star Trek II: The Wrath of Khan (1982), still the best of the Star Trek movies (PG), the bloody gangster thriller Scarface (1983) with Al Pacino (R), and Groundhog Day (1993), the funniest film ever made about redemption and rebirth (PG). The updated list of new arrivals that hit Netflix on the first of the month is here.

In Gattaca (1997), Ethan Hawke is perfectly cast as an ordinary guy in a world of genetically engineered citizens who dares pass as one of the genetic elite, his goofy good looks masked by a cool, confident bearing. Writer/director Andrew Niccol turns a rather obvious cautionary tale into a surprisingly intelligent celebration of the power of the human spirit. Sure it wears its heart on its sleeve but that’s kind of refreshing, and the sleek, handsome look makes the most of a limited budget to create a cold, emotionless world where everyone appears in dire fear of someone finding out their own private secret. Uma Thurman, Jude Law, Loren Dean, and Alan Arkin co-star. PG-13.

Makes a good double feature with Ex Machina, which took him an Oscar for special effects and is still available to stream on Amazon Prime. R.

The End of the Tour stars Jason Segel as author David Foster Wallace and Jesse Eisenberg as the Rolling Stone reporter profiling him for a feature story. R.

Robert Reich explores the effects of income inequality in the documentary Inequality for All (2013).

Orson Welles stars in Black Magic (1949), reviewed on Stream On Demand here. Other classics new on Amazon Prime include The Gunfighter (1950) with Gregory Peck, the Oscar-winning The Diary of Anne Frank (1959), and Gus Van Sant’s Drugstore Cowboy (1989).

And don’t forget that Amy, Oscar winner for Best Documentary, is currently available to stream. R.

The updated list of new arrivals that hit Amazon Prime on the first of the month is here.

In case you missed the party on Sunday, The 88th Academy Awards is available to stream in its entirety, along with Red Carpet pre-show. Or you can just click on highlights.

Kristen Bell is The Lifeguard (2013) in the romantic drama of a career woman who quits her job and returns from the big city to her hometown to escape the stress. R.

It’s Dwayne Johnson versus the earthquakes in the disaster movie San Andreas (2015). PG-13.

Sundance Film Festival award-winner Me and Earl and the Dying Girl is a different kind of coming-of-age film. While it’s frustrating that it focuses on the eccentric boy (Thomas Mann) over the dying girl (Olivia Cooke), it is a sweet movie about friendship. PG-13 for language, and some sexual and drug references.

A group of disabled people come together to take roles in a western movie in the documentary Becoming Bulletproof (2014).

Bug (2007), directed by William Friedkin from the play by Tracy Letts, is the film that gave Michael Shannon his first significant big screen showcase. He stars with Ashley Judd in the drama of paranoia. R.

For one month, Google Play streams for free Bling, an animated adventure from South Korea with evil robots versus a lovesick mechanic, featuring the voices of Taylor Kitsch and James Woods. Rated PG.