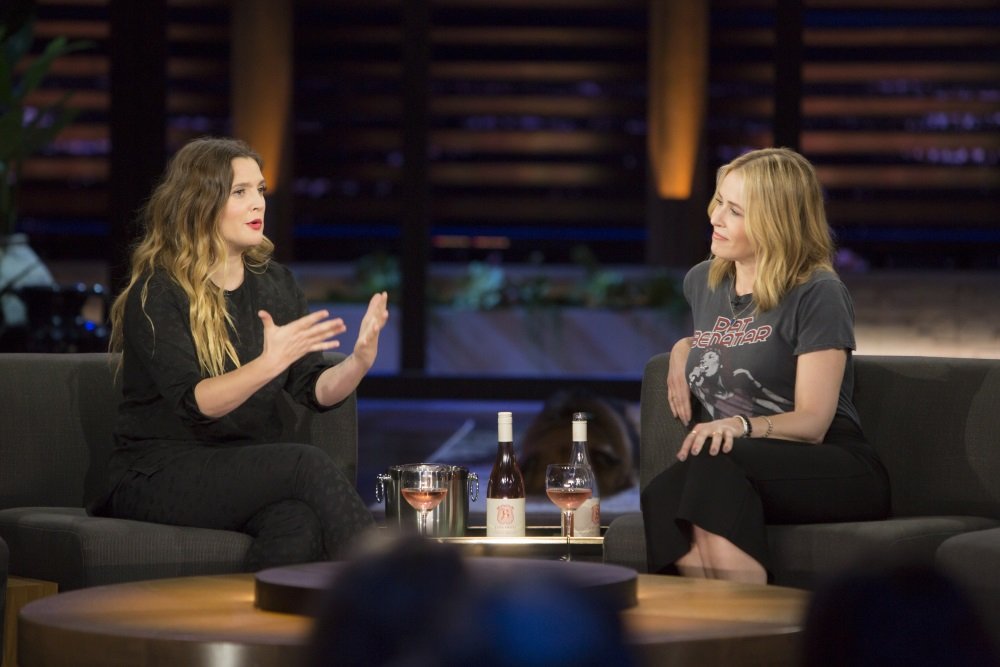 Chelsea Handler hosts Chelsea, the new Netflix chat show. New episodes go live every Wednesday, Thursday, and Friday, and her first week line-up includes Drew Barrymore, Gwyneth Paltrow, and Chris Evans. It’s being touted as a new “late night” series and indeed new episodes are available just after midnight, but in the streamosphere, such definitions are arbitrary at best.

Deadpool brings a different kind of attitude to the comic book superhero film. It splashes violence across the screen with a sardonic sense of humor and plenty of self-aware commentary from Ryan Reynolds as the disfigured hero who leaves a body count in his wake. R for blood, sex, and bad attitude. Also on DVD and Blu-ray.

In Mustang, a 2016 Best Foreign Film nominee, five teenage girls in rural Turkey are pulled from school and locked away from boys by their adoptive uncle, a traditionalist with a hypocritical set of standards, and protective but no less traditional aunt. What begins as a cultural portrait shifts into social commentary, character drama, and in a cheeky way, prison break adventure. PG-13, Turkish with subtitles. Also on Blu-ray and DVD.

Also new: Michael Moore’s documentary Where to Invade Next (R), the murder mystery Regression with Ethan Hawke and Emma Watson (R), and the horror film The Boy with Lauren Cohan and a very creepy doll (PG-13).

Available same day as select theaters nationwide are the crime thriller The Trust with Nicolas Cage and Elijah Wood (R) and the comedy Search Party with T.J. Miller and Adam Pally (R).

Goosebumps (2015) brings the stories of kids horror author R.L. Stine to the big screen as a colorful comic adventure, starring Jack Black as Stine and a cast of imaginary creatures that escape from his books and into the real world. The kid-friendly monster mash is rated PG.

The Lady in the Car with Glasses and a Gun (2015), from French artist and graphic novelist turned filmmaker Joanne Sfar, is a thriller based on the novel by popular French author Sebastien Japrisot. Not rated, French with subtitles.

Peter Greenaway directs Eisenstein in Guanajuato (2015), a fictional portrait of the legendary Soviet filmmaker’s time in Mexico making Que Viva Mexico, which remained unfinished in his lifetime. Not rated, English and Spanish with subtitles.

Non-fiction: The Chosen Ones (2015) is a Mexican documentary on victims of the illegal sex trafficking industry and from Brazil comes Sunday Ball (2015), about the soccer culture in the poorest neighborhoods of Rio de Janeiro.

99 Homes (2015), set in the aftermath of the mortgage crisis, stars Michael Shannon as an unscrupulous real estate broker and Andrew Garfield as a victim who goes to work evicting families from their homes to save his own. R.

In Coriolanus (2012), Ralph Fiennes returns to a role and an interpretation of the Shakespeare play he debuted on stage more than ten years before and adapts it to the big screen for his feature film directorial debut. Set in modern dress in a contemporary Rome of civil unrest, Fiennes’ General Corilanus is the good soldier banished from his city when he stands against the corruption of his own leaders and returns in an alliance with his former enemy (Gerard Butler). R.

X: The Unheard Music (1986), a portrait of the seminal L.A. punk rock band, is one of the great rock documentaries of all time. Play this movie loud. Not rated. Reviewed on Stream On Demand here.

More streaming TV: Murder in the First: Season 2 and The Last Ship: Season 2 from TNT and the BBC American fantasy Atlantis: Season 2.

The reboot of Fantastic Four (2015) floundered despite a superb cast (PG-13), while the sci-fi fantasy Jupiter Ascending (2015) delivers Channing Tatum as a dog soldier with jet boots flying through a ridiculous space opera (PG-13; reviewed on Stream On Demand here).

Available Saturday, May 14 is the Peter Pan prequel Pan.

The new original series Submission enters 50 Shades of Grey territory with one woman’s exploration of sadomasochistic love triangle. Adults only.

The D Train with Jack Black and James Marsden also gets into sexual territory, but plays it for laughs (R).