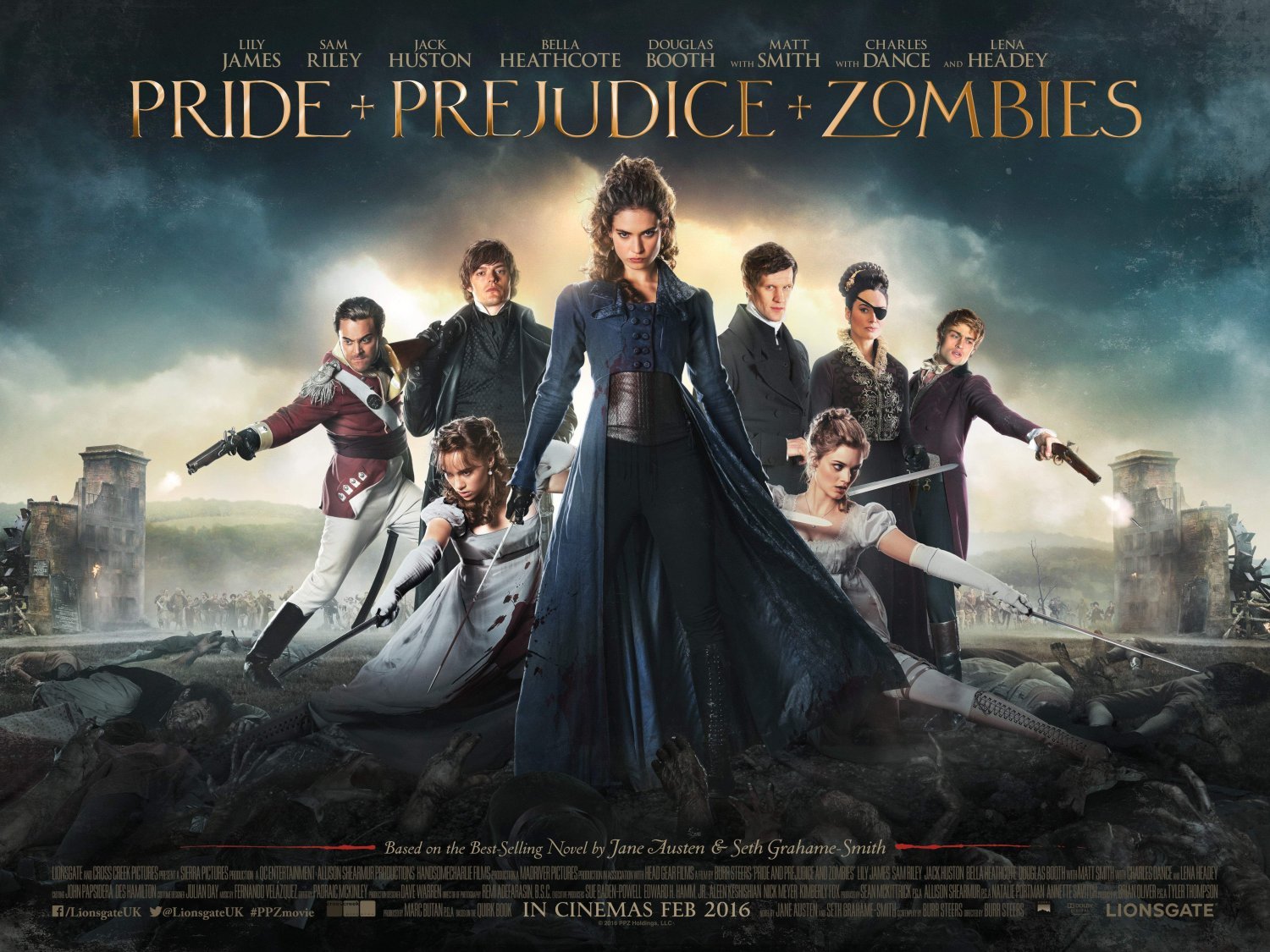 Pride and Prejudice and Zombies delivers exactly what it promises, which may be why it flopped with audiences and critics. The wit and wiles and social manners of the Austen romantic drama meets bloody combat with Asian swords and martial arts prowess, often in the same scene. “I shall never relinquish my sword for a ring,” proclaims Elizabeth Bennet (Lily James), which veteran zombie killer Mr. Darcy (Sam Riley) finds very attractive despite his social arrogance, especially when he sees her behading the undead like a Chinese opera dervish. The comedy is too literary for gore-hounds and too gory for the Austenites, creating a Venn diagram with a sliver of an audience. Jack Huston is the villainous Mr. Wickham, Charles Dance a sly Mr. Bennet, and watch for Lena Heady as a Cerci-like aristocrat warrior. PG-13. There’s a bonus featurette on VOD. Also on Blu-ray and DVD.

Available same day as select theaters nationwide is the thriller Urge with Pierce Brosnan as designer drug entrepreneur and Ashley Greene and Justin Chatwin as his human guinea pigs. R.

The new Netflix original series HIBANA-Spark-, based on the award Japanese novel of the friendship between two comedians over the course of a decade, premieres in America and Japan simultaneously. 10 episodes, Japanese with subtitles.

Sweet and surreal and quirkily melancholy, Eternal Sunshine of the Spotless Mind (2004) is a touching romantic comedy that explores regret and memory and the pain of lost loves with a delicious sense of the absurd. Reviewed on Stream On Demand here.

Bill Murray stars as an aging rock and roll manager whose new protégé is a teenage girl  in Afghanistan in Rock the Kasbah (2015), a comedy that did not get Murray very good reviews. Jason Schwartzman is a slacker of epic proportions in the indie comedy 7 Chinese Brothers (2015).

The sixth and final season of Downton Abbey is now streaming on Amazon. That means you can now binge-watch the entire Grantham family saga! That will be all, Carson. Reviewed on Stream On Demand here.

Ben Foster as cycling champion Lance Armstrong in The Program (2016), co-starring Chris O’Dowd as the Irish journalist who exposed the doping scandal behind his wins. Rated R.

The Intern (2015), written and directed by Nancy Meyers, is a slight, optimistic drama of a successful businesswoman in the manner of a comfort food movie. Anne Hathaway is the young entrepreneur balancing a growing company with family and Robert De Niro is her senior (as in senior citizen) intern. The generation gap is bridged as the web-savvy kids of her internet clothing sale company learn a thing or two from the 70-year-old widower and career company man who just wants to keep himself engaged and useful. Which he does, devoting himself to supporting his boss while also finding (age appropriate) romance with the company’s resident masseuse (Rene Russo). There is nothing you can’t accomplish when Robert De Niro has your back. PG-13.

Pride and Prejudice and Zombies