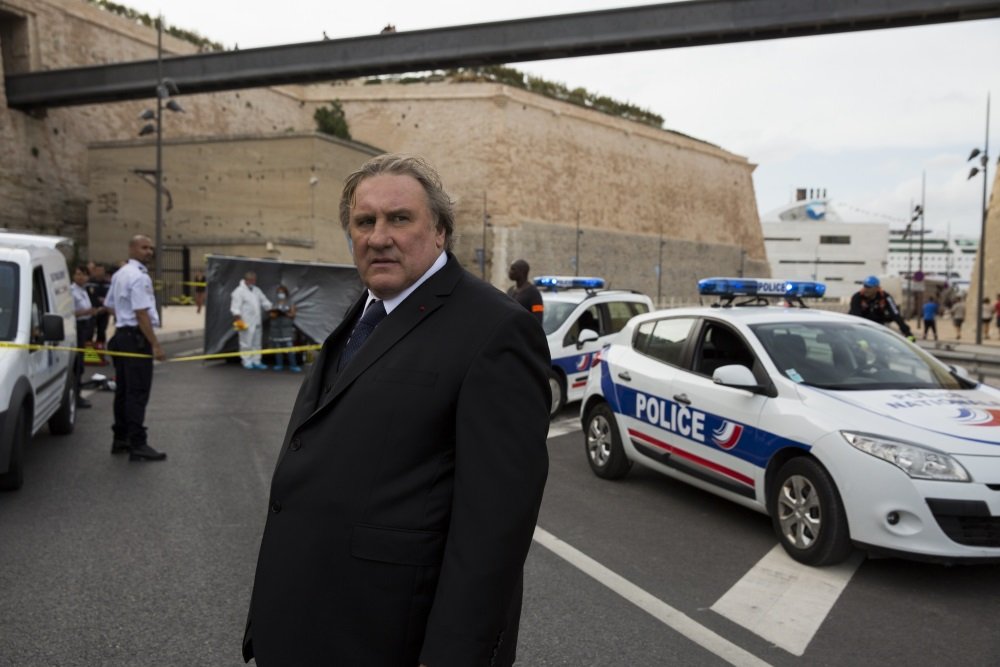 Marseille is the first French series from the increasingly international streaming juggernaut, a crime thriller starring Gerard Depardieu as the longtime Mayor of the French port city who is ready to do anything to seal his legacy. Critics have compared the show to a Gallic CSI, with a little nudity and cable-level language, and the reviews have not been particularly good.

Hollywood Reporter TV critic Tim Goodman observes that “it’s an entirely French production, with French actors speaking their native language and various France-specific nods, plus some gorgeous aerial shots of the city from directors Florent Siri and Thomas Gilou (who created the project along with Dan Franck), but what your eyes actually see, were you to turn off the sound, is a drama series that looks splashy and American and as predictable as any of our midlevel fare.”

8 episodes, in French with subtitles.

Star Wars: The Force Awakens recreates the innocence and energy of the original Star Wars for a new generation. It’s a blast of nostalgia for adults and an inclusive space opera adventure for kids, with Daisy Ridley and John Boyega as the new generation of plucky young heroes and Harrison Ford, Carrie Fisher, and Mark Hamill reprising their old roles as the older and wiser veterans. PG-13. Reviewed on Stream On Demand here.

Also new this week: The 5th Wave with Chloe Grace Moretz fighting the alien invasion (PG-13), which failed to launch yet another young adult dystopian franchise, and this season’s Nicholas Sparks romantic drama The Choice (PG-13), plus A Royal Night Out with the British Princesses at the end of World War II (PG-13), the Holocaust survivor drama Remember with Christopher Plummer (R), bad babysitter thriller Emelie with Sarah Bolger (not rated), and the foodie culture clash comedy East Side Sushi (PG).

Available same day as select theaters nationwide is The Family Fang, an offbeat drama of performance art, missing persons, and family dysfunction with Nicole Kidman, Jason Bateman, and Christopher Walken (R), plus the drama Mothers and Daughters with Susan Sarandon and Christina Ricci (PG-13) and the documentary Elstree 1976, which revisits the extras and bit players who were on the set of the original Star Wars (not rated).

Available before DVD: Memoria with James Franco (R), the thriller The American Side with Matthew Broderick and Camilla Belle (not rated), and the animated adventure Bling (PG).

Jane Fonda and Lily Tomlin are back in the second season of Netflix original sitcom Grace and Frankie with co-stars Martin Sheen and Sam Waterston and guest star Sam Elliot. 13 episodes.

The new month also brings a fresh collection of films to the catalog. This month includes the Oscar winner There Will Be Blood (2007) with Daniel Day-Lewis (R), Oscar nominee Into the Wild (2007) from filmmaker Sean Penn (R), the teen comedies Sixteen Candles (1984) with Molly Ringwald (PG) and Bring It On (2000) with Kirsten Dunst (PG-13), Tom Cruise in Mission Impossible III (2006) (PG-13), and Hitchcock’s elegant romantic thriller To Catch a Thief (1955) with Cary Grant and Grace Kelly on the Riviera (no rating).

And here are a couple of films with a Pacific Northwest connection: the superb Oregon Trail drama Meek’s Cutoff (2011) with Michelle Williams (PG) and Lucky Them (2013), a light-fingered drama set in the Seattle music scene, directed by Seattle-based filmmaker Megan Griffiths and starring Toni Collette and Thomas Haden Church (R).

George Clooney is born to be a candidate in Ides of March (2011), a political thriller that can’t compete with the real-life insanity of the current political season. R. Reviewed on Stream On Demand here.

The documentary Cheech and Chong: Hey Watch This catches up with Cheech Marin and Tommy Chong on their reunion comedy tour. No rated.

Hot Pursuit (2015), starring Reese Witherspoon as an uptight cop and Sofia Varga as an uninhibited mob widow, is one of many films new to both services this month (PG-13), along with the smarter Witherspoon comedy Election (1999), a sharp R-rated political satire set in high school hothouse (R).

Among the other new additions are the absurd spoof Airplane! (1980) and the not quite-so-funny Airplane II: The Sequel (1982) (both PG), the caustic comedy Ghost World (2001) with a young Scarlett Johansson (R), the clever crime thriller Best Seller (1987) with James Woods (reviewed on Stream on Demand here) (R), and another round of James Bond classics, including the iconic Goldfinger (1964), which introduced the spectacular set pieces to the series, and Roger Moore in Live and Let Die (1973), with its Paul McCartney theme song.

Also new to Hulu is a collection of newly-acquired series. From the Lifetime Network comes the complete runs of The Client List with Jennifer Love Hewitt and the legal comedy Drop Dead Diva.

From Britain comes the BBC crime thriller mini-series The Shadow Line with Chiwetel Ejiofor and Christopher Eccleston, the zombie drama In the Flesh, and time-travel therapy comedy Being Erica.

The Man from U.N.C.L.E. (2015), Guy Ritchie’s big screen revival of the 1960s secret agent series, hasn’t much to do with the original show but it does have fun with sleek sixties spy movie style and shows a charming side of Henry Cavill. PG-13. Reviewed on Stream On Demand here.

Oscar nominated short documentary Claude Lanzmann: Spectres of the Shoah profiles the filmmaker who has spent his life documenting the Holocaust.

Available Saturday, May 7 is the 2015 superhero reboot Fantastic Four.

The documentary Brand: A Second Coming profiles comedian Russell Brand and his evolution into a political activist.

Bridgend, the first fiction feature from documentary filmmaker Jeppe Rønde, is inspired by the real-life (and still unexplained) spate of teen suicides in the Bridgend region of Wales. It debuts on Fandor the same day as its American theatrical opening in New York City. I interviewed the director for Keyframe.

The CW is making the highly acclaimed but low-rated first season of Crazy Ex-Girlfriend available for anyone with an iTunes account to download for free. That’s 18 episodes in all, every single one of them free. The CW is clearly hoping to get you hooked for a second season of the stalker romantic comedy with musical breaks.