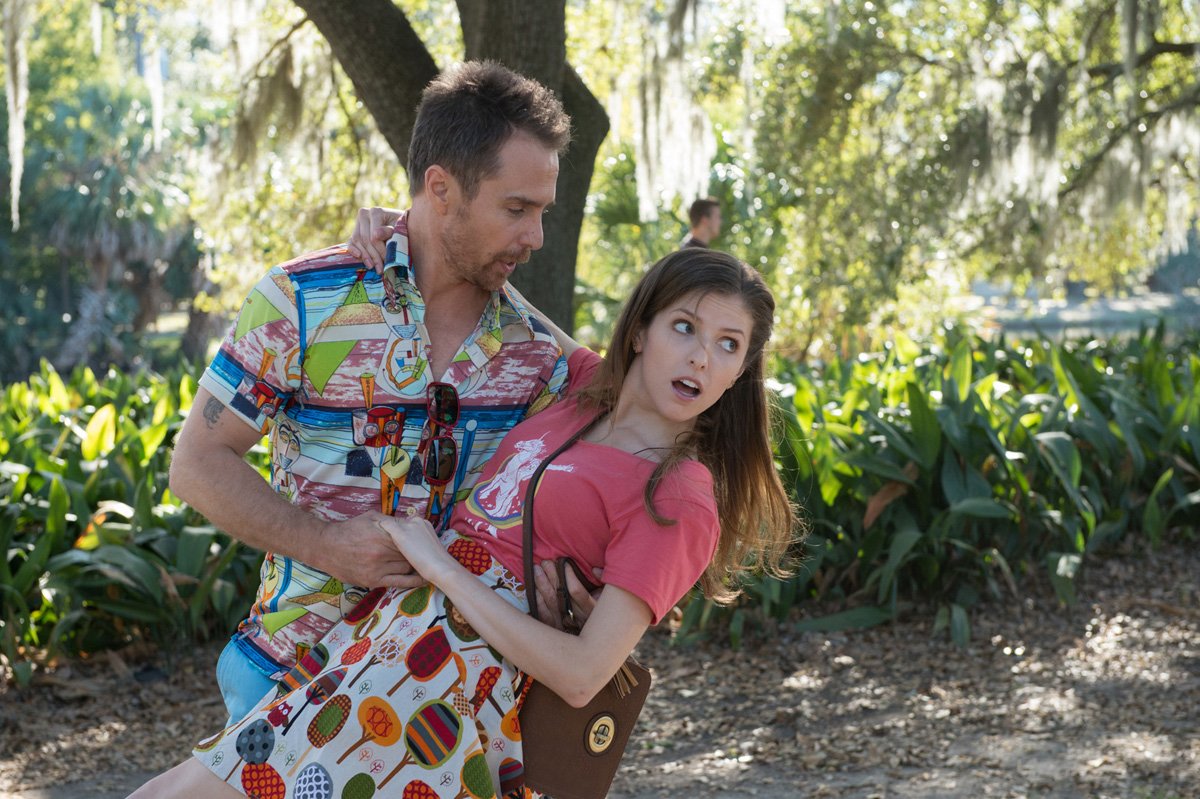 When you see Star Wars: The Force Awakens on your Cable On Demand menu or through iTunes or Amazon, be aware that those listings are for digital purchase only. But while there is no streaming rental at this time, you can rent it a Redbox or at your local video store (if you still have one), and of course you can buy in on Blu-ray and DVD.

Available same day as select theaters nationwide is Mr. Right, a romantic comedy with Anna Kendrick as an oddball romantic and Sam Rockwell as a professional assassin on the run. The course of true love runs straight as a bullet in a shooting gallery. R.

Also new: One More Time with Christopher Walken as a washed-up crooner and Amber Heard as his estranged daughter (not rated) and Karyn Kusama’s The Invitation, an indie horror film about a potentially fatal dinner party that has been getting solid notices on the film festival circuit (not rated).

A drama of petty crime and shady characters, God’s Pocket (2014), features Philip Seymour Hoffman in one of his final screen roles. R.

A deaf woman battles a masked killer in the low-budget horror Hush (2016), available mere weeks after its successful debut at the SXSW Film Festival. R. Other new horror films on Netflix this week: The Hallow (2015) and #Horror (2015), both rated R.

Streaming TV: Anna Friel is a soldier stranded behind enemy lines in American Odyssey, a modern war series by way of a conspiracy drama co-starring Peter Facinelli and Jake Robinson. The first 13-episode season turned out to be its only season.

Star Trek: The Original Series – Fan Favorites Vol. 1 presents 10 of the most famous and beloved episodes of the cult show. See Spock go into heat! Battle the evil Enterprise crew! Experience the menace of the Tribbles!

The Transporter Refueled (2015) reboots the action franchise with Ed Skrein behind the wheel and a cargo of four female assassins (R) and Nasty Baby (2015) is darkly comic drama with Kristen Wiig (R).

The Coen Bros. announced themselves to the world with the ingenious, independently-made neo-noir thriller Blood Simple (1985), showcasing their cinematic ingenuity, sharp storytelling, and dark sensibility in a compelling small-town crime story.R.

The final episode of 11.22.63, the original mini-series adapted from Stephen King’s bestselling novel, is now available, which means you can stream the entire series at your own pace.

Mapplethorpe: Look at the Pictures profiles the life and provocative work of photographer Robert Mapplethorpe. Fenton Bailey and Rando Barbato direct the documentary. Not rated, for mature audiences.

Available Saturday, May 9 is Lucy with Scarlett Johansson. R.

The Duff (2015) stands for “designated ugly fat friend,” a designation that infuriates high school senior Mae Whitman in this comedy about the savage social hierarchies and cruelties of teenage life. PG-13.

Colin Hanks (son of Tom) directs the documentary All Things Must Pass (2015), about the life and death of Tower Records.

The sweet, low-key Detectorists: Series 2 makes its U.S. premiere ahead of its PBS run. All six episodes now available, plus the first season of course.