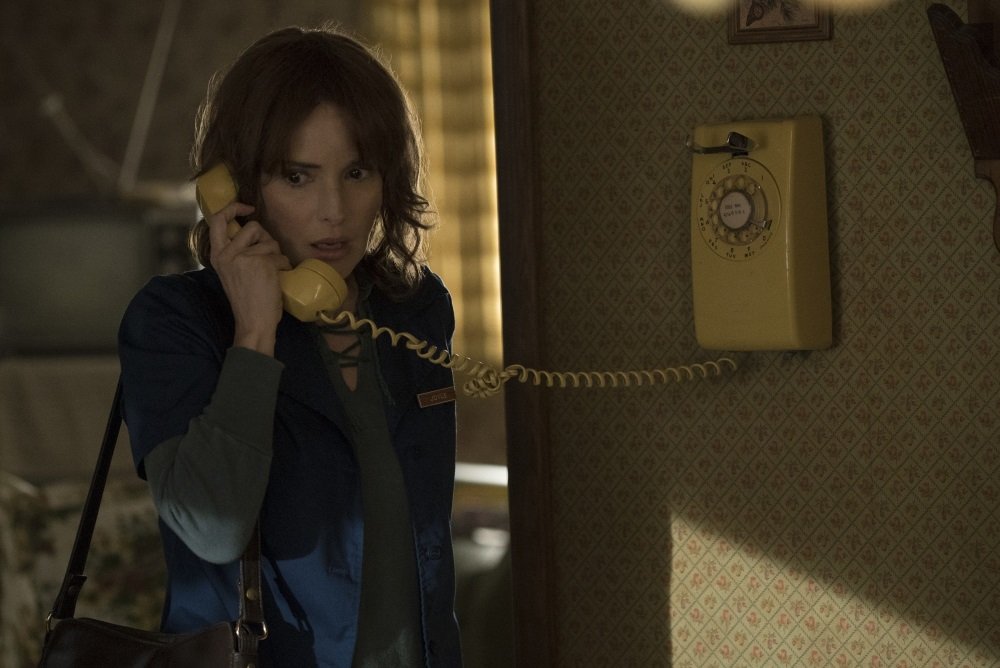 Winona Ryder stars in Stranger Things: Season 1, the Netflix original series about strange, supernatural doings in suburban America, circa 1983. It channels the kid-centered adventures of the era, like E.T. and The Goonies, but with a darker tone.

“There’s a sweet kind of sadness running just underneath all that period detail, a longing for a lost time—so innocent and analog—that is still vivid in our cultural memory, but lies ever further out of reach,” writes Vanity Fair critic Richard Lawson. “[T]hese eight episodes are as assured, inventive, satisfying, and compulsively watchable as anything Netflix has produced to date. The show’s dexterous mixing of horror and heart is blissfully sincere and uncynical, sporting no pointy irony that might obnoxiously jolt us out of its beautifully rendered world.”

Everybody Wants Some!!, Richard Linklater’s “spiritual sequel” to Dazed and Confused, hits college with a freshman baseball player in a Texas college in 1980. The way he captures the era is impressive, and he’s as savvy about the way hyper-competitive student athletes behave. R. Reviewed on Stream On Demand here.

The Divergent Series: Allegiant is the third film the young adult sci-fi action franchise starring Shailene Woodley fighting for freedom (and diversity!) after the collapse of society. PG-13.

Also new: Demolition with Jake Gyllenhaal and Naomi Watts, faith-based drama Miracles from Heaven with Jennifer Garner and Queen Latifah (PG), the made-in-Oregon thriller Green Room with Anton Yelchin in one of his final screen performances (R), the battle-of-the-sexes satire No Men Beyond This Point (not rated), and the New Zealand drama The Dark Horse with Cliff Curtis (R).

Available same day as select theaters nationwide is the comic drama Undrafted (not rated) and the Mexican wrestling documentary Lucha Mexico (not rated).

2016 Best Foreign Film nominee Mustang (2015) is a drama of five teenage girls in rural Turkey who are pulled from school and locked away from boys by their adoptive uncle, a traditionalist with a hypocritical set of standards, and protective but no less traditional aunt. What begins as a cultural portrait shifts into social commentary, character drama, and in a cheeky way, prison break adventure. PG-13, subtitled.

From China comes Jia Zhangke’s award-winning Mountains May Depart. Not rated, subtitled. There’s also a documentary on the filmmaker: Jia Zhangke, A Guy from Fenyang (2014), directed by Walter Salles. Not rated.

Charlotte Rampling stars in the neo-noir I, Anna (2012), directed by Barnaby Southcombe and costarring Gabriel Byrne as a police detective. No rated.

A timely release: Ghostheads (2016) is a documentary about Ghostbusters fandom.

See what the buzz is about with Crazy Ex-Girlfriend: Season 1, the acclaimed new comedy about obsessive love and musical fantasy that everyone is talking about but hardly anyone is watching. 18 episodes.

Arriving from the film festival circuit are Rebirth (2016), a psychodrama with Fran Kranz, Nicky Whelan, and Adam Goldberg, and the documentary Tony Robbins: I Am Not Your Guru (2016) from Oscar-nominated filmmaker Joe Berlinger. Not rated.

Another Netflix exclusive, Holidays (2016) is an anthology horror with ten directors and eight short films, each set on a different holiday. Kevin Smith is a producer and a contributing director. Not rated.

Robin Williams is not exactly World’s Greatest Dad (2009) but he’s doing his best in this black comedy from filmmaker Bobcat Goldthwait. R

Black Mass (2015) features Johnny Depp delivering a truly cold-blooded performance as James ‘Whitey’ Bulger, the Irish mobster whose reign of murder and terror in Boston was protected by FBI agent John Connolly (Joel Edgerton), a childhood friend who thought he could make Bulger an informant. As played by Depp, whose blue contact lenses make him that much icier, he’s a criminal sociopath who thrives on violence. He’s chilling but not that interesting and the film fails to adequately explain what Connolly was really up to in his protection of Bulger. You may notice a few nods to GoodFellas, which was clearly a touchstone for director Scott Cooper. Joel Edgerton, Benedict Cumberbatch, and Dakota Johnson co-star. R.

No Escape (2015) stars Owen Wilson and Lake Bell as American parents in Southeast Asia caught in the middle of a political uprising and Pierce Brosnan as the man who helps them survive. R.

Jericho, a British western set in 1870s Yorkshire, stars Jessica Raine (Call the Midwife, Wolf Hall) as a recently widowed mother who starts over with her two children in a lawless shanty town full of rough and rowdy workers working on the railroad. 8 episodes.