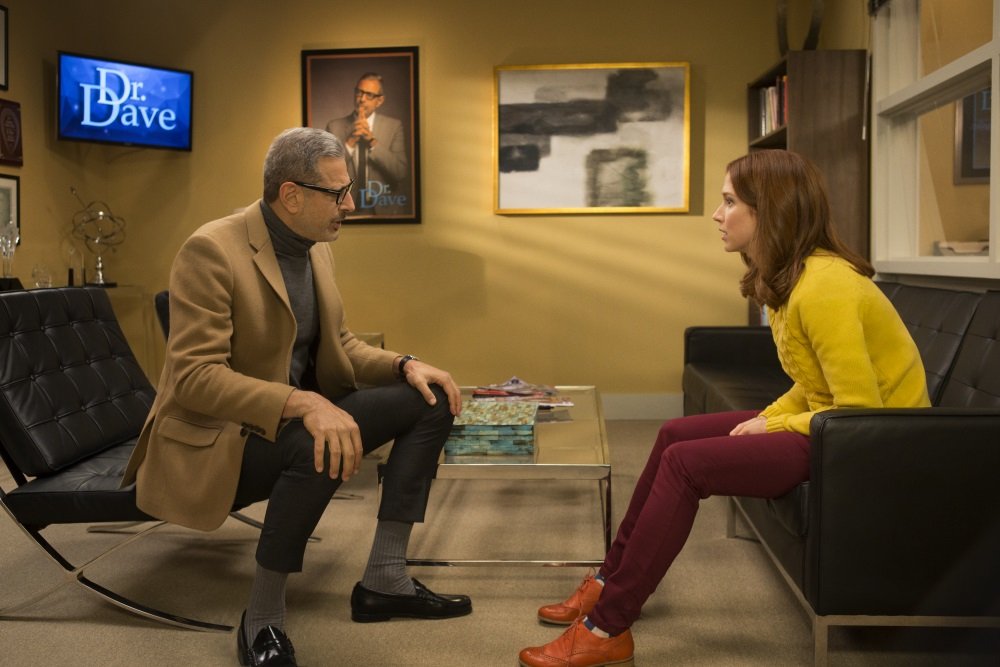 The show premiered in British TV last year and makes its stateside debut on Amazon Prime. The two-part pilot episode is available now for all to see (even non-subscribers), 11 more episodes arrive for Prime subscribers on Friday, April 22.

Maggie (2015) offers a different kind of role for Arnold Schwarzenegger: the helpless father of a dying girl (Abigail Breslin) slowly succumbing to the zombie epidemic. While he watches her slowly slip from alive to undead, he decides he’s going to protect her from the authorities no matter what. R. Also on Hulu.

Before The Road Warrior and Fury Road there was the grungy, high-octane action thriller Mad Max (1979) starring a baby-faced Mel Gibson as a revved-up cop in a crumbling world. R. Reviewed on Stream On Demand here.

Rachel Weisz is The Whistleblower (2010) in the based-on-a-true-story drama about an American peacekeeper who uncovers the U.N. corruption in sex trafficking crimes. R. Also on Hulu.

Eden (2012) stars Jamie Chung as a Korean-American girl abducted and imprisoned in a sex slavery ring. It’s a superb drama based on a true story and did not get the attention is deserved when it was first releases. R. Reviewed on Stream On Demand here.

Also new: the thriller The Benefactor (2016) with Dakota Fanning and Richard Gere (R); family drama Lymelife (2008) with Alec Baldwin, Rory and Kieran Culkin, and the scourge of Lyme disease (R); and the documentary The Crash Reel (2013) about the damage caused by professional extreme sports and its poor record of safety and medical support (no rating).

Netflix is all about the episodic series this week, starting with the second season of their original sitcom Unbreakable Kimmy Schmidt, starring Ellie Kemper as an unflaggingly optimistic naïf in a skewed New York City as reimagined by co-creator Tin Fey. After finally putting her past behind her at the end of the first season, she goes to therapy, which unleashes a lot of buried issues (she was, after, a “mole woman” for half her life). Series regulars Tituss Burgess, Jane Krakowski, and Carol Kane are all back as well. 13 new episodes now available.

For the little ones there’s Kong – King of the Apes: Season 1, a new animated Netflix original series that revives the giant ape to battle robotic dinosaurs, while season two of the Disney Channel comedy Girl Meets World hits the teen and tween demographic.

The German comedy Look Who’s Back (2015) digs Adolf Hitler out of his bunker, where he hasn’t aged a day, and sends him into modern day Berlin, where his hateful views are mistaken for humor and he becomes a successful stand-up comic. Not rated, with subtitles.

Moonwalkers (2015), another satire of alternate history, answers the question: if the CIA couldn’t get Stanley Kubrick to fake the moon landing, who would have taken his place? Ron Perlman and Rupert Grint play the B-team in this comedy.

Mindy Kaling’s The Mindy Project is back with new episodes every Tuesday.

I can’t recommend Chappie (2015), the third film from once-promising filmmaker Neill Blomkamp. It’s a bizarre and very violent collision of Robocop and Short Circuit, about a retired police robot that gains consciousness and becomes a sweet, childlike innocent in the brutal slums of a near-future Johannesburg. The effects are pretty great but I expect better, and certainly smarter, from the filmmaker who gave us District 9.

Not a particularly demanding week for video-on-demand. The horror film The Forest stars Natalie Dormer (Game of Thrones) searching for her twin sister in Japan’s notorious “suicide forest.” It at least played in American theaters. Flight 7500, an English language haunted airplane tale from Japanese horror specialist Takashi Shimizu (The Grudge), arrives direct to VOD years after it played in Europe and Asia. Both rated PG-13.

Available same day as select theaters nationwide is The Adderall Diaries, based on the memoir by author Stephen Elliott and starring James Franco (R); the thriller Colonia with Emma Watson and Daniel Bruhl escaping a religious cult in Chile during the Pinoche coup (not rated); Sky starring Diane Kruger as an unhappily married woman who breaks free on holiday in the U.S.; the comedy Bill, a comic retelling of the life of William Shakespeare from the makers of Britain’s Horrible Histories series (PG); and the anthology horror film Holidays (R).

Debuting On Demand before it comes to select theaters is the action thriller I Am Wrath with John Travolta avenging his wife’s murder. R.

Also new: the documentary Nothing Left Unsaid: Gloria Vanderbilt & Anderson Cooper and the season finale of the original series Togetherness, which HBO has confirmed is also the series finale.