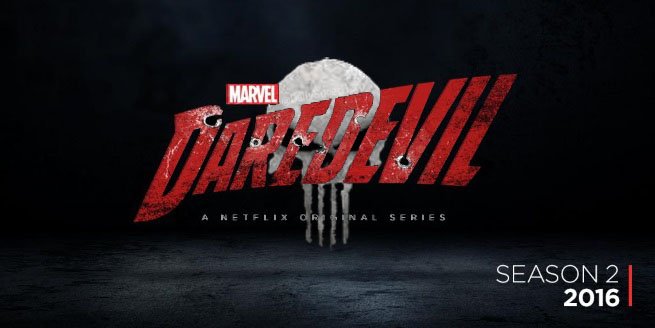 The second season of Daredevil, Netflix’s first entry into the superhero craze, doesn’t launch for a month yet but the first trailer is out. It’s even subtitled “Part 1” (Part 2 of the trailer comes next week) and frames the season as an epic battle between vigilantes with opposing philosophies on how to fight the crime of Hell’s Kitchen.

Jon Bernthal (impressive in the first few seasons of The Walking Dead as well as the movies The Wolf of Wall Street and Fury) is Frank Castle, aka The Punisher, a fan favorite character who has failed to catch fire in two previous big screen incarnations.

He joins a cast that includes Charlie Cox as Matt Murdoch, blind lawyer by day and Daredevil by night, Elden Henson (Foggy Nelson), Deborah Ann Woll (Karen Page), and Rosario Dawson (Claire Temple, aka Night Nurse), and Elodie Yung as Elektra, back for what promises to be a more substantial presence in season two.

Dardevil: Season Two will be available on Netflix on Friday, March 18.